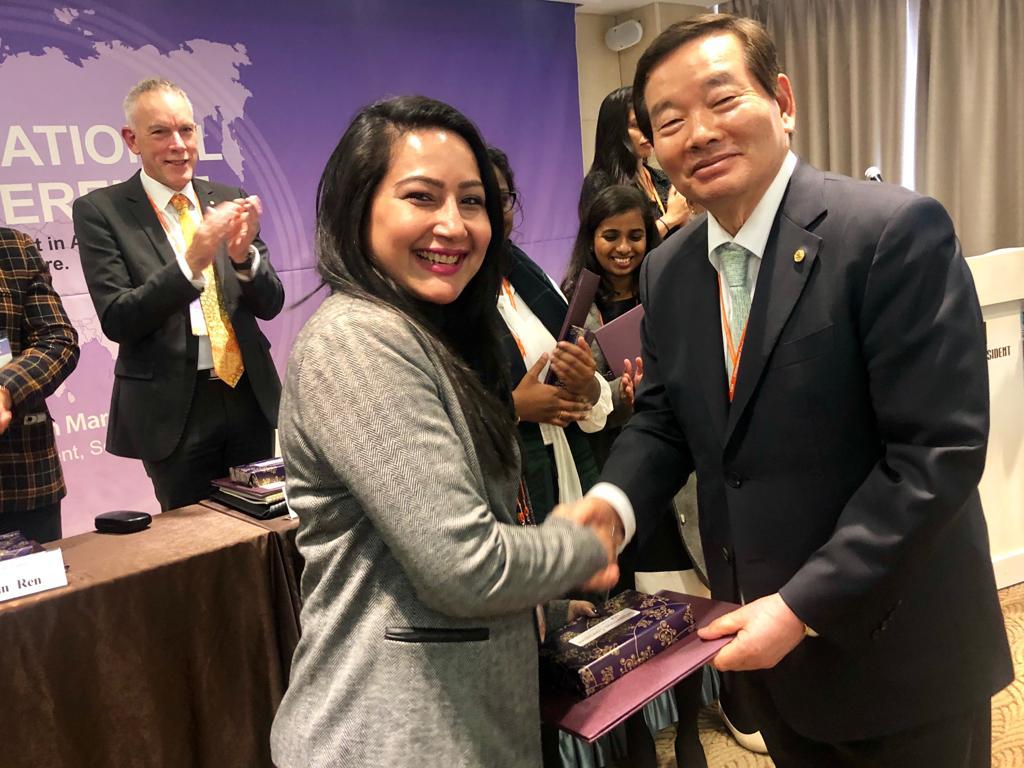 At the event Mrs. Anuja Kapur addressed the assemblage on how there’s no shame in being hurt by what we’ve gone through. Stimulating victims to pretend not to be victims or admitting it to be their fault or fate further dislodges their psychological state. The people that go against others and make them victims are the real menace in the society. If anybody needs to be embarrassed it is not the victims but the people committing the misconduct. Ultimately no-one chooses to be a victim. Rendering these victims /survivors with motivation and esteem is the least that can be done for them. The people who act the sin have the shame and insult upon them and those who protect the culprits by blaming the victims are as guilty as those who abuse.

In the words of Mrs Anuja Kapur "Crime is ugly but also responses to victims can be ugly too. It is a pity that when most people think about injustice is when something 'bad' happens to them or someone close to them. Victims do not always attain what they deserve; what they are entitled. Those they hope will help to often fail to fulfill their obligations. Barriers impede victims coping and thwart access to justice. Fortunately, victims and scholars, such as our speakers this afternoon (whom I congratulate), have exposed shortcomings and importantly suggested ways to tackle misconceptions and to improve outcomes for victims.”

Online assignment help by Copycrafter will free you from any academic issues
On-demand assignment help - find an assignment experts in 3 steps.
Buy 100% high-quality replica watches with a 2-year warranty and free ground shipping!
There is no better press release writing company as 123 term papers.