General Medical Council urged by MLC to be ‘Far More Scrupulous’ with Doctors , as Jan Beute and Bartholomeus Lakeman are Formally Cleared. 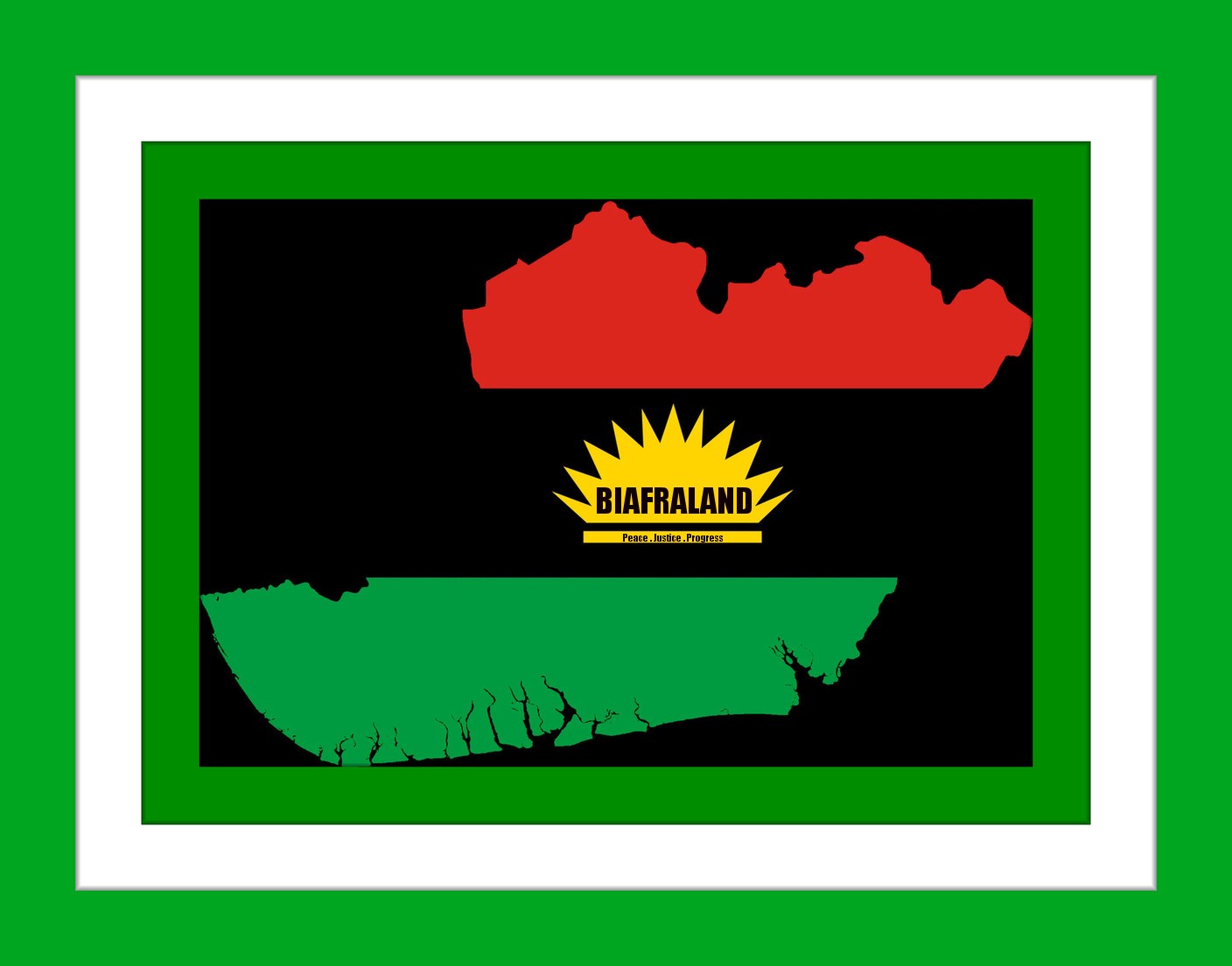 
The Most Distinguished Chairman of the Final Appeals Board of the Medical Licensing Council , Professor Dr Joseph Chikelue Obi , has Publicly Decried the Colossal (Regulation-Related) Wastage of (Scarce) Medical Manpower and (Limited) Human Healthcare Resources , in the United Kingdom of Great Britain and Northern Ireland.

Making His Closing Remarks , on Wednesday the 9th of January 2019 , at the Conclusion of a Landmark (3 Day) Regulatory Hearing , in which Two (GMC) Suspended (and GMC Erased) UK- Based Medical Doctors , (Both of EU Dutch Nationality) , were Formally Granted Full Regulatory
Clearance , (in absentia) , to Official Apply for a Special Telemedicine (Prescribing) License ; the Highly Controversial International Medical Doctor , (who is also a Fully Licensed EU Doctor) , firmly issued the following (Rather Extensive) Statement :


" The General Medical Council (GMC) of the United Kingdom must be told , in No Uncertain Terms , that there is Far Much More to Medical Regulation than Shaming (and Disgracing) the very same Doctors who are Working (Extremely) Hard to Pay the Gigantic Salaries (and Enviable
Benefits) of Top GMC Staff ; most especially when many of such aforementioned GMC Fatcats (and
Top GMC Salary Earners) are not even Qualified Medical Doctors in the very first place.


Had the GMC been 'Far More Scrupulous' with Prof Dr Jan Beute and Prof Dr Bartholomeus Lakeman , then their cases could have easily been Managed Locally (and Cheaply) , using the Simple MLC Model (ab initio) ; Long Before the Medical Practitioners Tribunal Service (MPTS) would have even got involved.

Thankfully , Today , (on Wednesday the 9th Day of January 2019) , we have Competently Assessed their (Relevant) Regulatory Cases , their (Numerous) Medical References , and their (Up-To-Date) Clinical Competence Logbooks (albeit in Absentia) ; notably without any (Self-Serving) Worldwide Media Fanfare , and without (Callously) Meting Out any Unnecessary Stress (or Gross Inhumanities) upon either of the (Humble) Doctors involved.


This is , of Course , in Marked Contrast to the Utterly Alarming Manner in which the General Medical Council , (Aided and Abetted by 'GMC-Friendly' UK Media Houses) , Voraciously (and Mercilessly) Savaged Them.


They Lost their Homes.


Yet , when the Former President of the General Medical Council publicly admitted (to what was Legally Tantamount) to Medical Manslaughter , the very same GMC craftily conferred him with the Modern Day Equivalent of Medical Sainthood and Clinical Infallibility ; rather than promptly Handing Him over to the Police , the Prosecutors and the MPTS.


In fact , when I (Joseph Chikelue Obi) Personally Complained to the GMC about various NHS Deaths directly relating it's very same Former GMC President , the GMC Craftily Swept the Whole Avalanche of Matters under it's Carpet ; and Tacitly Allowed the very same GMC President to (Professionally) Surrender His UK Medical License Voluntarily , without a (Public) Regulatory Hearing , and without any Public Attention from the Media Houses or Press Barons (whatsoever).


Alas (That Was Not All) : What the General Public still do not know is that the very same Aforementioned GMC President was then Officially Allowed (by the GMC) to quietly keep his Official GMC Registration Number.


It was that Official GMC Registration Number , (which Currently Exists on it's own Without a Valid GMC License) , that the Former GMC President then used to Cheekily Open Up (and Run) an Extremely Posh (High Flying) Private Clinic in Harley Street (London) , which is still Fully Functional (as at Today) and still (Gleefully) Specializes in (Top Notch) Medical Osteoporosis Therapy.


With a 'No-Deal' Brexit precariously looming on the Horizon , (together with an Imminent Shortage of NHS Medical Manpower) , the Medical Licensing Council (MLC) itself has so far received over Thousands (and Thousands) of Confidential Electronic Communications from a Wide Spectrum of EU (European Union) Doctors ; most of whom are said to be Highly Displeased with the 'Rather Discriminatory' State of 'Appalling' Medical Regulation in the UK.
From What I (Provisionally) Gather : The General Medical Council consistently appears to be Highly Adept at (Thirstily) Charging Considerable Amounts of Money in Statutory (Annual) Recurring Regulatory Fees for Licensing , Registration , Revalidation and Fitness-To-Practise (FTP) etc ; while it does not even seem to remotely realize that Bad Medical Regulation is probably the Biggest Threat to Public Health in the United Kingdom , as we know it.

It is (Therefore) Simply Not Just Enough for the British Government to (Woefully) Continue to Perpetually Import (Thousands) and Thousands of International Medical Doctors to Slavishly Run it's National Health Service (NHS) ; most especially without anyone at the GMC ever even bothering to Treat Them Fairly.

For The Record : As Far as the Medical Licensing Council is concerned , Competent Medical Regulation is simply not just about Ruthlessly Shaming (and Abusively Disgracing) One's (Highly Challenged) Medical Doctors into (Profoundly Humiliating) States of 'Endlessly-Fearful' Submission.

Mark My Words : If such GMC Regulatory Nonsense consistently continues at this Pace , then , One Day (Not Too Far Away) in the (Not-Too-Distant) Future , Some (Totally Exasperated) UK Doctors could get So Fed Up with the General Medical Council , that they might Boldly Decide to Take Matters into their Very Own Hands.

That is Why the Fundamental Regulatory Ethos of the MLC Model of Medical Licensure will forever be (primarily) based on Training , Retraining , Supporting , Rehabilitating and Retaining (All) Medical Doctors and (All) Medical Students ; Irrespective of the Colour of their Skin , and Irrespective of Wherever They May (Originally) Come From. "


* Professor Doctor Jan Beute and Professor Doctor Bartholomeus Lakeman were (both) jointly represented at the Hearing by the International Legal Unit of Royal College of Alternative
Medicine (RCAM) , together with an Eminent Team of Senior Regulatory Counsels from the Faculty of Accredited Clinical Specialists , the Medical Licensing Commission , the IDPO , and the UoL.

* As for Postgraduate Credentials , Professor Doctor Jan Beute and Professor Doctor Bartholomeus Lakeman are furthermore (both) Additionally Certified in Alternative Medicine , Stress Management , Integrated Medicine , Nutritional Supplementation , Online Consulting , Emergency Care , Holistic Therapies and Cosmetic Interventions ; together with a wide range of other (Rather) Interesting Aspects of Health , Wellness and Wellbeing (to name just a Few).