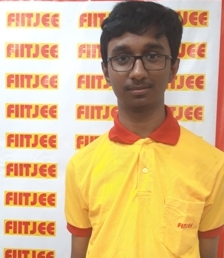 
With every rising sun, FIITJEE’s taste for success never seems to stop. This is the 9th consecutive year, where FIITJEE Noida center have the highest selections in NTSE in Noida Region.

Students from FIITJEE have showcased stellar Scholastic competence in National Talent Search Exam (NTSE 2018) conducted by the NCERT. The Stage-I exam was held on November 2017 and Stage-II exam was held on 13th May 2018.

The results of National Level Talent Search Examination (NTSE) that were announced today to validate FIITJEE’s continued lead in top position, for not just engineering and competitive entrance training but also in delivering a holistic education. NTSE aims to identify students with high intellect, having enormous ability to succeed.

Each year, the flagship program of NCERT, NTSE nationwide is conducted in two stages- stage I is preliminary stage which allows all the students studying in class X to participate at state level, Stage II is only conducted for students who have qualified the first stage at national level. The examination acts as a guidance for the students to check their capability and potential, while identifying weaker points and shortcomings.

L. Gokulnath is declared as NATIONALTOPPER and has scored 186 marks out of 197 marks. He is studying in FIITJEE Noida Centre since class VII - A Four Year Classroom Program + Udaya Two Year. He has been a meritorious student since beginning. He secured 497/500 marks in class X Board Exams of CBSE Board, cleared NSEJS – Stage 1 and cleared RMO in 2017.

Exuberant with the joy of success, Gokulnath says “the competition was very tough indeed and it was a battle of brains, where concept and reasoning were the keys to answer the questions in limited time. Qualifying in this kind of exam warrants rigorous practice and I am immensely thankful to my faculty at FIITJEE for raising my IQ to such competitive level through the study materials, doubt-clearing sessions and personalized guidance, which have been one of the notable reasons of my success this far.”

He further added that he would like to join IIT and later, complete PHD with an objective to contribute to the future of science”.

FIITJEE is the nation’s premier institute for IIT-JEE training. FIITJEE believes that the ideal time for nurturing and enhancing the IQ of children is when they are in class VI, VII & VIII grade. It is with this belief that FIITJEE started imparting training to develop the nascent raw intelligence of the students from class VI onwards.


Other articles by FIITJEE