Adsorbents Business to Grow in Coming Years due to Increasing Usage in Oil Refining Industries. 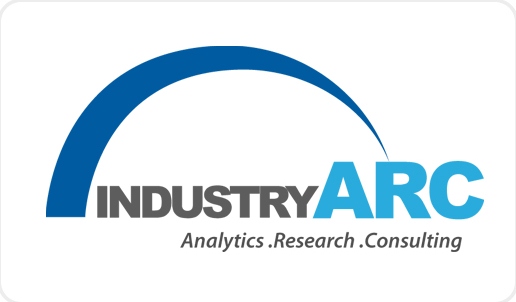 
Adsorbents, which also act as desiccant and catalyst, are used in various industrial applications to adsorb other substances. Adsorbents are used for metal purification, water purification, deodorization of gases, drying of gases and refrigerant gases and for many other purposes. Adsorbents market is estimated to grow at CAGR of 6.5% to reach $5.47 Billion by 2021.

Types of Adsorbents:
Major adsorbents types used for different applications are activated alumina, activated charcoal, activated coal, alumina silica gel, metal oxides, molecular sieves, polymer adsorbents, zeolites and others. Zeolite is a naturally occurred adsorbent that is slightly processed for the commercial applications. It has the major market share in the adsorbents market for 2015. The major producers for zeolite are China, South Korea, Japan, Jordan, U.S. and Turkey.
The activated alumina adsorbent market is major in the APAC region during the period 2015-2021. Activated alumina is also used as desiccant, catalyst and catalyst support. Activated clay had the major share in APAC region for 2015. It is majorly used in industries such as nutraceuticals, diagnostics, pharmaceuticals, medical, food, confectionary and electronics.
Market Driving Factors:
Demand for Adsorbents from Oil & Gas and Chemicals/Petrochemicals Applications Due To High Shale Oil and Gas Production in North America
Adsorbents are used in oil & gas refining, water treatment, air separation, VOC removal and many other applications. Crude deliveries from oil sands and heavy reservoirs contain numerous contaminants elements which need to be removed during the refining process. Adsorbents are used to separate the hosting contaminants such as CS2, H2S, HF, oxygenates, ammonia, nitrogen and sulphur compounds from hydrocarbon streams in diverse refinery applications. Adsorbents market has the major share in North America due to the high oil production from U.S. and Canada from shale sources.
In chemicals/petrochemicals application, adsorbents are used to preserve and enhance the chemicals stability. In air separation application, the adsorbents are used to produce high purity gases such as O2, N2, H2 and CO. Adsorbents in air separation application for APAC region is estimated to grow at a high CAGR 5.4% during the forecast period 2016-2021.
Geographical Outlook of the Market:
Asia-Pacific (APAC) region was the major market for adsorbent market and is estimated to grow at a high growth rate during the forecast period 2016-2021. In the APAC region, China, India and Japan are the major markets for adsorbents industry. North America, which followed APAC in adsorbent market, has a definite potential due to increase in demand for adsorbents in oil & gas refining and chemicals/petrochemicals applications. With several legislations in Europe related to nuclear waste handling such as Radioactive Substances Act 1993 (RSA93), Environmental Permitting (England and Wales) Regulations 2010, pull the demand for adsorbents in the region during the forecast period.
In this report, the market has been segmented by geography as North America, Europe, APAC and Rest of the World (RoW). Market size and forecasts are provided for each of these regions. A detailed qualitative analysis of the factors responsible for driving and restraining growth of adsorbent market and opportunities for the future is provided in the report.

About IndustryARC:
IndustryARC is a research and consulting firm that publishes more than 500 reports annually in various industries, such as Agriculture, Automotive, Automation & Instrumentation, Chemicals and Materials, Energy and Power, Electronics, Food & Beverages, Information Technology, Life sciences & Healthcare.
IndustryARC primarily focuses on Cutting Edge Technologies and Newer Applications of the Market. Our Custom Research Services are designed to provide insights on the constant flux in the global demand-supply gap of markets. Our strong analyst team enables us to

Go to Assignmentgeek.com and get your homework done.
There is no better press release writing company as 123 term papers.
On-demand assignment help - find an assignment experts in 3 steps.