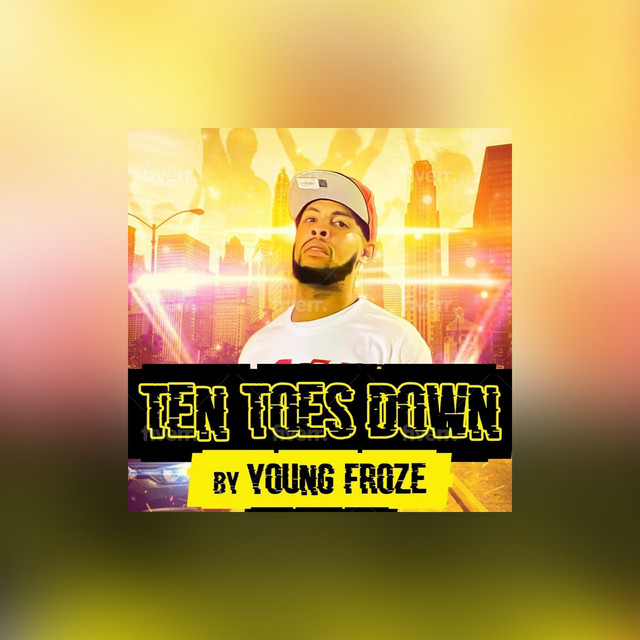 
Young Froze's new song has an enthralling soundscape with compelling grooves. He creates music captivates with a possible nostalgic feeling, yet each twist and turn feel refreshing.


Young Froze, a rising hip-hop artist, has released his new single, "Ten Toes Down," which features an impressive output and a brilliant soundscape. The track is an enthralling output of contemporary hip-hop music with captivating grooves that feel refreshing. Young Froze is an artist who has the ability to develop a strong rhythmic and lyrical flow with his distinct rapping style and smooth wordplay. The music includes intense bursts that hit hard, along with the rapper's sultry vocal sound, which adds a big hook to the song.

Young Froze has a strong rhythmic and lyrical flow, expressed in his distinct rapping style and smooth wordplay. Young Froze's "Ten Toes Down" is an impressive, single-worthy track that could find listeners across many genres. The music is a combination of classic hip-hop beats and contemporary EDM-style sounds. It has a catchy vibe, with a well-produced instrumental and the right amount of vocal hooks to go viral.

In addition, he creates a sense of old-school hip-hop feels with modern jazz-influenced soundscapes. With his creativity, ability, and individuality, Young Froze is making considerable progress in his musical career. To learn more about this artist's upcoming music and experimental works, follow him on Spotify, Soundcloud, and Instagram.

"People often ignore the creative side of hip-hop. There's mainstream rap, there's underground rap, and then there's weird rap," Froze continued. "I wanted to show to my music listeners that I'm not just a rapper or an artist, but I'm a visionary. I wanted to make something people could listen to but also experience. So I decided to make a visual song, a song that people can listen to and see at the same time."

Young Froze, a hip-hop artist, hailing from America, is causing quite a stir in the hip-hop movement with his captivating hip-hop creations. Young Froze is a young and ambitious artist who started out as a rapper. Young Froze has been an active and enthusiastic contributor to the Hip-hop community since he was young. His new single "Ten Toes Down" is a reflection of his artistic vision and unique approach towards Hip-hop. He's got fifty-four tracks, all of which are packed with exciting instrumental arrangements and boundless enthusiasm. Similar vibes and the artist's unwavering personality are reflected in the new track "Ten Toes Down," available on Spotify and Soundcloud.