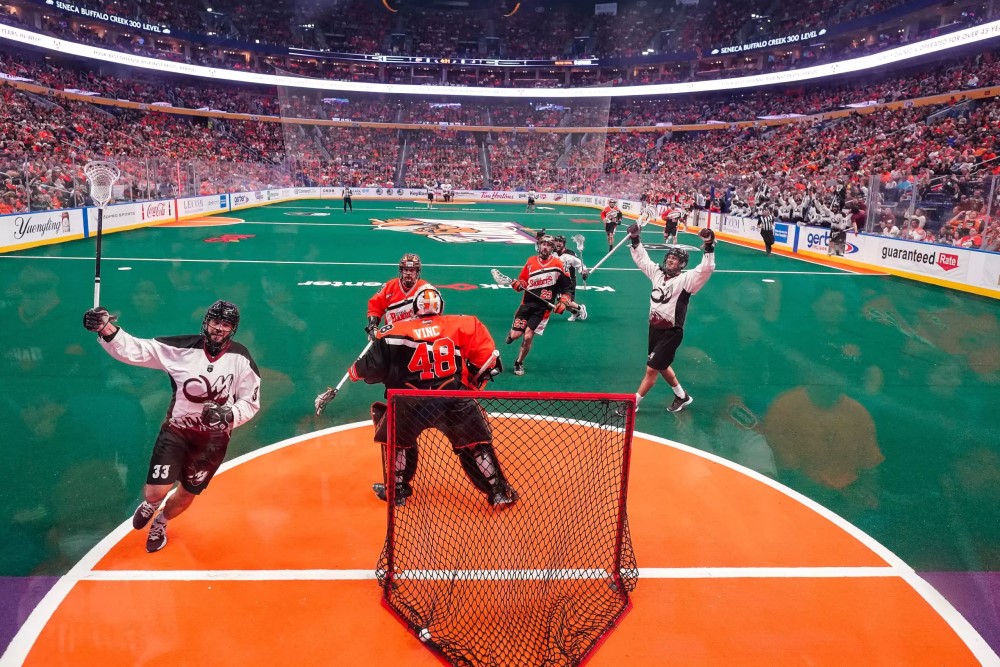 
The National Lacrosse League (@NLL) today announced the largest schedule in its history – 135 games – as the 2022-23 regular season gets underway with Face Off Weekend on December 2-3, 2022. The NLL’s 36th year opens with six games, three matchups in Canada and three in the U.S., as part of a 22-week schedule through April 29. Fans can view the entire slate at https://www.nll.com/schedule/full-schedule/.

Face Off Weekend will include two TSN Game of the Week contests on Friday, December 2 (Philadelphia Wings at Halifax Thunderbirds, 6 p.m. ET) and Saturday, December 3 (Vancouver Warriors at Toronto Rock, 5 p.m. ET). All 135 games during the regular season are available on ESPN+ and through TSN’s platforms, including TSN.ca and the TSN app. The complete national broadcast schedules for TSN and ESPN and the League’s playoff schedule will be announced in the coming weeks.

“Our fans have been eagerly anticipating Face Off Weekend since our sensational Final’s series capped an incredible season and playoffs in the spring,” said NLL Commissioner Brett Frood. “We expect that the passionate fan bases at the six venues opening the 2022-23 regular season will pillar momentum for the rest of the year, and the broad reach of TSN and ESPN ensures that fans across North America can join in the celebration.”

The Las Vegas Desert Dogs, the NLL’s 15th and newest franchise, open Week 2 at Panther City, and will play their inaugural home game on Friday, December 16, at Michelob ULTRA Arena. The game at Las Vegas will be televised on ESPN2 at 10:30pm ET. The defending champion Colorado Mammoth will hoist their 2022 NLL Championship banner on Saturday, January 7, 2023, against the Calgary Roughnecks.

Some other highlights of the 2022-23 NLL schedule include:
• Four other Face Off Weekend games will be contested on December 3, including the Albany FireWolves at Buffalo Bandits, San Diego Seals at New York Riptide, Rochester Knighthawks at Georgia Swarm and defending champion Colorado Mammoth at Saskatchewan Rush
• Each team will play 18 games (nine home and nine away) over the 22 weeks
• There are five weeks in which all 15 NLL teams will be in action (Week 9, Jan. 27-28; Week 10, Feb. 3-4; Week 16, March 17-19; Week 17, March 24-25, Week 18, March 31-April 2