Holabird's Massive Rush to The Rockies Auction, Aug. 25th-28th, Live and Online, has over 2,000 Lots 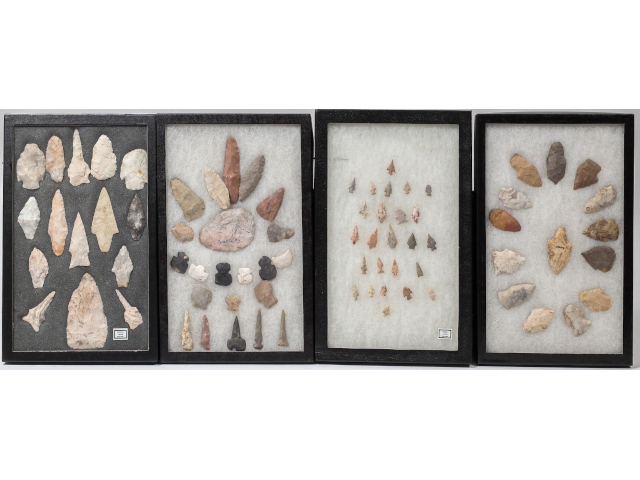 
Reno, NV -- A four-day Rush to the Rockies auction packed with more than 2,000 lots of vintage and antique bottles, Native Americana, numismatics and philatelic (coins and stamps), mining collectibles, stocks and general Americana will be held August 25th-28th by Holabird Western Americana Collections, LLC, online and live in the Reno gallery at 3555 Airway Drive.

Start times all four days will be 8 am Pacific. Headlining the event will be Part 2 of the massive and marvelous collection of Gary Bracken of Ponca City, Oklahoma. Part 1 was held in July, where records were set in numerous categories, including Colorado and Oklahoma bottles, rare ancient coins and Western tokens. More of same will be offered in Party 2, plus other categories.

Other important collections will also come up for bid. These include the following:

- More from the Stuart MacKenzie Montana collection, with this round highlighting more Montana ephemera including important mining archives, advertising and history libraries.

Day 1, on Thursday, August 25th, will feature art and general Americana, the latter featuring geographic sort and miscellaneous categories, to include cowboy, jewelry, books and more.

A remarkable chromolithograph of the Grand Canyon by Thomas Moran (1837-1926), dated 1912, housed in the original frame measuring 41 ½ inches by 33 inches, has an estimate of $4,000-$6,000. It was a promotional piece used by the Atkinson, Topeka and Santa Fe Railway to promote their interests at the Grand Canyon. Moran signed and dated the image lower left.

A pictorial archive from the Mormon polygamist Peter Johnson, consisting of three framed portrait charcoal sketches of Mormons imprisoned for polygamy (including Johnson), plus a fourth mammoth plate photo of the building of the Temple in Salt Lake, Utah, also framed, all from Box Elder County in Utah and ranging from the 1870s-1890s, should fetch $2,000-$5,000.

An archive of early 20th century material pertaining to the life and career of Otto Schulenburg, the president of the Leviathan Gold Mining Company in Montana, a great collection of primary source documents pertaining to a mining magnate whose estate was worth about $2 million but who died in an insane asylum in 1908, all in 14 binders, is expected to command $6,000-$9,000.

An Apollo 13 print by astronaut Alan Bean titled Houston, We Have a Problem, signed by astronauts, plus Apollo 13 movie actors Tom Hanks, Kevin Bacon, Jim Lovell, Fred Haise Bill Paxton, Gary Sinise, Ron Howard and Bean, #589 from an edition of 1,000, should hit $3,000-$4,000. The print is a great collectible from one of NASA’s finest, most triumphant moments.

A back bar mirror said to be from the Yukon Saloon in Dawson City during the Klondike Gold Rush in the Yukon Territory of Canada, in the original wood frame, should hit $5,000-$10,000. The saloon was in a hotel that was destroyed by fire in 1898. Also, a collection of around 230 projectile points (arrowheads), all from Missouri, covering 6000 to 1000 B.P, in box frames, has an estimate of $2,000-$4,000. Included are three bone fragments that may be from a large bird.

To learn more about Holabird Western Americana Collections and the four-day Rush to the Rockies auction from Aug. 25-28, online and live in the Reno gallery, visit www.holabirdamericana.com. Updates are posted often.