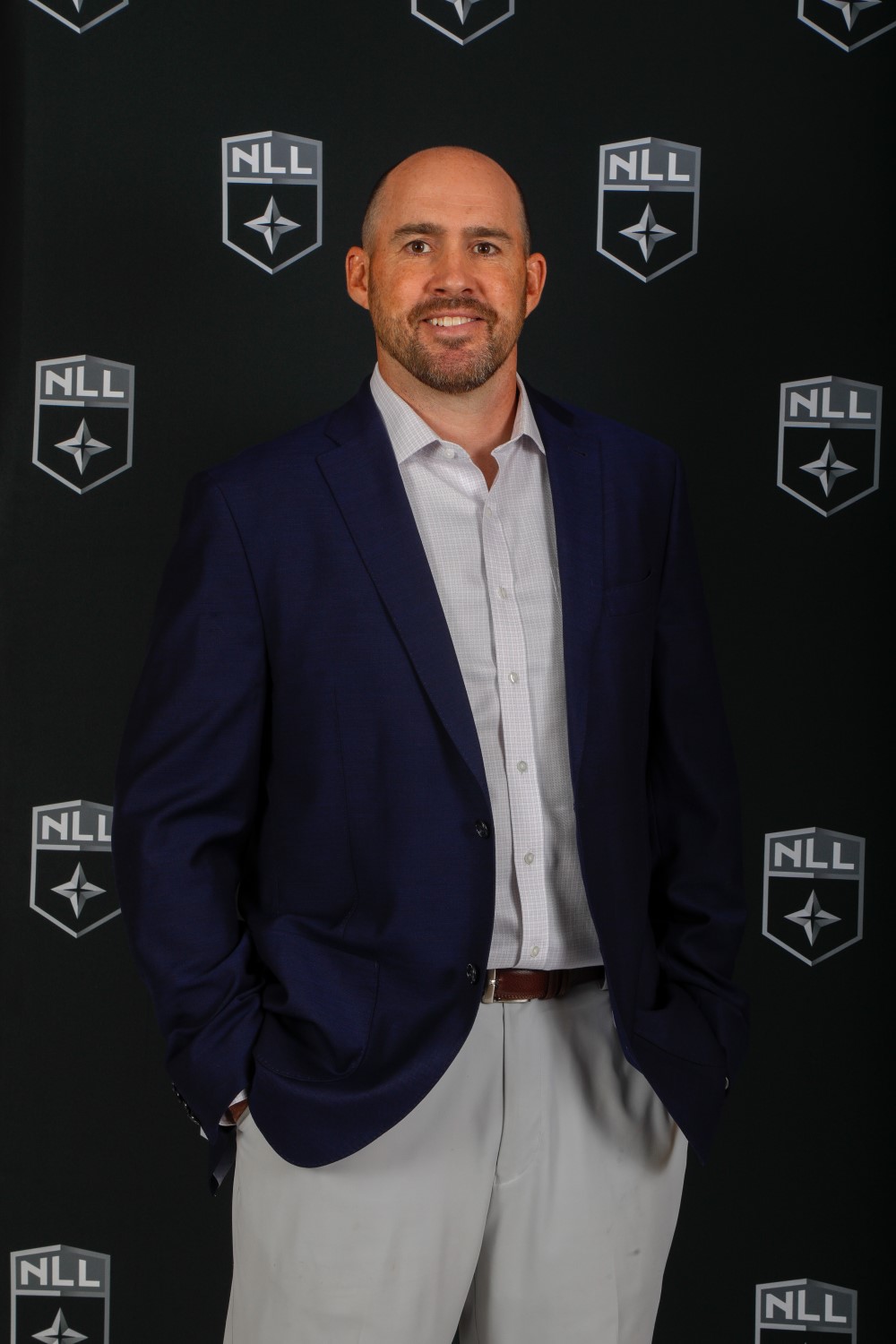 
The National Lacrosse League (@NLL), the top professional indoor lacrosse league in North America, today named Brett Frood as Commissioner. Frood joins the NLL from Stewart-Haas Racing, where he has served as President of the NASCAR team since its inception in 2008, leading all business initiatives for the championship-winning organization co-owned by NASCAR Hall of Famer Tony Stewart and industrialist Gene Haas. Frood, who will begin his new role on September 1, becomes just the fifth Commissioner for the NLL since its relaunch in 1997. CAA Executive Search assisted the NLL Board of Governors in the search process.

“Brett Frood has known success at every turn of his career, from playing lacrosse at a championship level at Brown to building out one of the most successful properties in sports at Stewart-Haas Racing,” said Matt Hutchings, COO and EVP at Kroenke Sports and Entertainment, owner of the NLL Champion Colorado Mammoth, speaking as Chairman of the NLL Board of Governors. “That combination is both unique and perfect to lead the National Lacrosse League in the accelerated growth period that we are currently in and will now continue and expand under his leadership.”

“I am humbled and energized to be able to work alongside a group of motivated and sophisticated owners and organizations to continue to cultivate the best product in professional sports,” Frood explained. “The NLL provides such a unique opportunity to marry my professional and personal passions and grow enterprise value amongst all its constituents.”

“We conducted a thorough search process and spent time with an extremely deep pool of candidates from multiple areas of our industry,” said Erik Baker, Board member of New York Riptide owner GF Sports and Entertainment, and Jamie Dawick, owner of the Toronto Rock, co-chairs of the search committee of the NLL Board of Governors. “Brett is everything we were looking for. He brings an amazing track record of business success, a passion and deep understanding of lacrosse and a clear vision of where we want to go as a league. He will be the perfect leader for the NLL and a welcome difference maker in taking the sport of lacrosse to the next level.”

A native of Elbridge, N.Y., Frood played lacrosse at his undergraduate alma mater, Brown University, where he was a multi-year starter, team captain, Final Four member, and two-time Ivy League Champion at Attack/Midfield for the Bears. He also led the team in scoring his senior season.

Frood joined Stewart, the championship-winning INDYCAR and NASCAR driver, 18 years ago after graduating from Harvard Business School to manage and expand all of Stewart’s business interests, including, but not limited to, Eldora Speedway in Rossburg, Ohio, Tony Stewart Racing, The Tony Stewart Foundation, the introduction of Tony Stewart’s Original food line, the All-Star Circuit of Champions, and the 2021 launch of Superstar Racing Experience, a primetime racing series airing on CBS.

As President of Stewart-Haas Racing, Frood managed all aspects of the racing and commercial operations of the $100M+ enterprise that won two NASCAR Cup Series championships (2011 and 2014) and a NASCAR Xfinity Series title (2018) while totaling more than 90 victories. During his tenure at Stewart-Haas Racing, Frood led an organization with 350 employees and negotiated over $600 million in corporate partnerships. He also represented Stewart-Haas Racing on the Race Team Alliance, an organization consisting of all NASCAR Cup Series teams with the goal of promoting, marketing and expanding commercial opportunities of the teams and drivers as well as working with NASCAR in the collective growth of the industry.

Prior to business school, Frood worked in equity capital markets on Wall Street and pursued entrepreneurial interests in Europe before enrolling at Harvard Business School. During his time at business school, he was the Co-President of the Business of Sports Club and a marketing intern for the New York City Olympic Organizing Committee, which attempted to bring the 2012 Summer Olympic Games to New York, in 2003.

Brett has continued his involvement in lacrosse, where he has been a youth lacrosse coach since 2010, while also coaching the Cannon School Varsity team, the 2022 NCISAA Division I State Champion in North Carolina. He is also the Head Coach and College Recruiting Director for the Carolina Miner’s 2024 Boys Elite Team.

Frood was a 2012 Forty Under 40 honoree by The Sports Business Journal, and currently lives in Davidson, N.C., with his wife Robin, and their children, Cole, Quinn and Charlotte.