Alessandro Noceti shares his thoughts on the Wildlife Conservation Bond 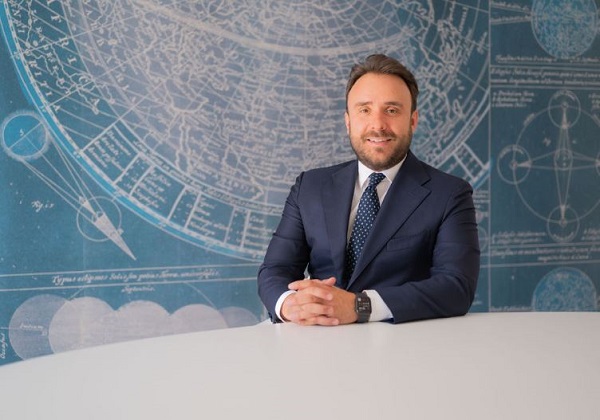 
"An important change in the financing model of conservation": this was how Alessandro Noceti described the latest investment operation completed by Valeur Group, independent firm with significant and extensive experience in asset management, advisory, trading, structuring of tailor-made investment funds, and real estate services. The Group has announced its subscription to the Wildlife Conservation Bond issued by the World Bank, the so-called "Rhino Impact Bond".

Defending an endangered species and protecting the ecosystem and the local communities in South Africa. This is the goal of the Wildlife Conservation Bond, financial instrument issued by the World Bank and conceived to support black rhinos and local communities in two South African reserves, namely the Addo Elephant National Park and the Great Fish River Nature Reserve. "We are proud of the decision to invest in this innovative and unique financial instrument", said Director of Valeur Capital Ltd Alessandro Noceti commenting on the investment: "By unleashing capital from the private sector", this instrument "represents an important change in the financing model of conservation and allows to achieve concrete and measurable results while also offering an attractive return potential", he added. Also known as "Rhino Impact Bond", the Wildlife Conservation Bond is the first-of-its-kind fixed income instrument created for the conservation of a particular endangered species. It consists of a 5-year loan of 150 million dollars and follows an "outcome payment model", which pays returns to its investors in relation to the growth rates of black rhinos in the two South African reserves. In other terms, a financial instrument that represents an important change in the financing model of conservation, as Alessandro Noceti had to say with regard to it.

As Alessandro Noceti went on to explain, the World Bank's Wildlife Conservation Bond works to achieve the twofold result of defending the endangered species of black rhinos and protecting the entire ecosystem as well as the local communities. These goals are in line with Valeur Group's commitment to pursuing humanitarian and animals' welfare objectives - the core goals of the Group' non-profit organization Valeur Foundation. Subscribing to the "Rhino Impact Bond" is in fact an important step towards defending an endangered species: according to estimates, the population of black rhinos has drastically decreased in the last 50 years, from 65,000 in the 1970s to the current 2,600. As a consequence, their population is at high risk of extinction. This is due to poaching linked to the international trade in rhino horns and the loss and fragmentation of the habitat. With this in mind, the Wildlife Conservation Bond follows a "pay-as-you-go" model, which pays its investors in relation the growth rates of black rhinos in the Addo Elephant National Park and the Great Fish River Nature Reserve. For Valeur Group, this is yet another confirmation of its commitment to promoting projects and initiatives linked to social issues. This is done specifically through Valeur Foundation - non-profit organization founded on the initiative of the Group - which supports humanitarian initiatives, cultural projects, animals' welfare and sport associations.