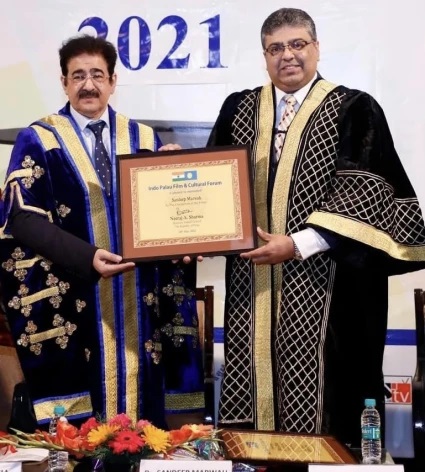 
Noida: “We feel honored in nominating Sandeep Marwah President of Marwah Studios as the Chairman for newly formed Indo Palau Film and Cultural Forum and we are sure that India an Palau will see new rise in their relationship through art and culture,” said Naresh A Sharma Honorary Consul General of Palau in India presenting certificate of Chairmanship to Marwah in a grand function at Marwah Studios.

“I am so thankful to Naresh Sharma for nominating me as the Chair for Indo Palau Film and Cultural Forum. We will leave no stone unturned to convert this mall organisation to an international one in no time,” said Sandeep Marwah thanking and accepting the chairmanship.