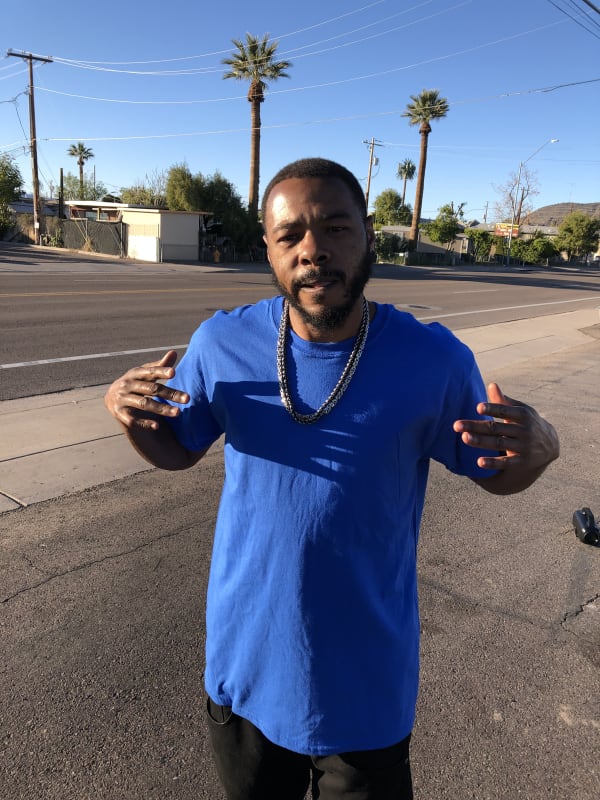 
Sudz P's new single 'Gettin To It' is featured on his latest album, 'From The Town To Fix City'. Currently, this multi-talented AZ hip hop artist is also working on the music video for 'Gettin To It'.

Sudz P's first album, 'From The Town To Fix City', features eleven new vibes & energetic styles of music for the masses. It features dynamic and enriching musical compositions that leave anyone feeling enlivened and enthralled. Sudz P's current release, 'Gettin To It', is also featured on this album. It offers a mix of energetic and soothing beats and inspiring lyricism. The tracks in this album include 'Live', "Bout Mine', 'On One', 'Gettin To It', 'From The Back', 'Life', 'Matter of Time', 'Get to Know Ya', 'All I Do', 'Thot', and 'Risk It All'. All tracks from this album received a good response from the Arizona Hip hop community as well as offering new and inspiring music in the AZ Hip hop music industry. Enjoy Sudz P 'Gettin to It' and other tracks on Have Notz's official website and other music streaming platforms such as Spotify, Apple Music, TIDAL and much more.

Sudz P is an Arizona hip-hop artist and one of the promising rappers for Have Notz. His music offers a new vibe & energetic style of music, and inspiring lyrics. He has released one album, 'From The Town To Fix City' and two singles in 2020, 'Arizona State of Mind' and 'Bright'. One of his successful singles, 'Arizona State of Mind' ft Blaze, streamed over 76K on Spotify. For more information about Sudz P and his upcoming release, please visit Have-Notz.com/product/from-the-town-to-fix-city/.