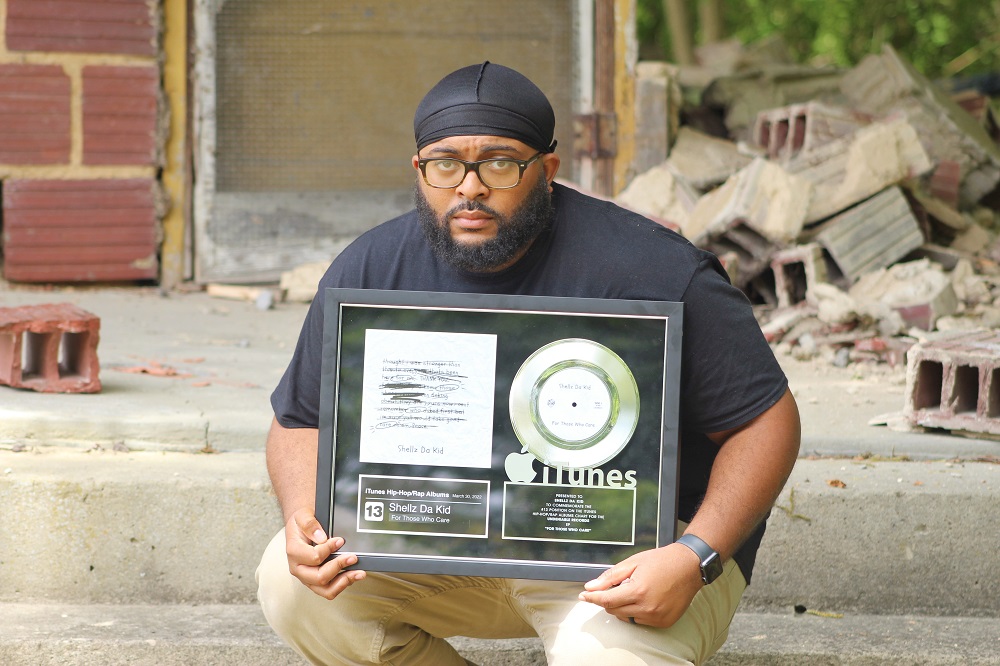 
Shelvon Sessoms A.K.A Shellz Da Kid releases a new EP album “For Those Who Care”. This new EP has reached number 13 on the hip hop/Rap charts on iTunes.


Rising Hip Hop music sensation Shelvon Sessoms A.K.A Shellz Da Kid drops a new EP album entitled “For Those Who Care”. This EP album was released on March 30th, 2022, and is available on all digital music streaming platforms. In addition,  Shellz Da Kid is pleased to announce that his new EP album “For those who care” reached #13 on the Hip hop/Rap charts on iTunes and was awarded an iTunes plaque. “It’s a great honor for me that this album has received much attention from listeners and iTunes. I hope my music benefits listeners and inspires people who need support and assistance in dealing with their mental health.”

In recent days, mental health awareness has played an important role in today’s society. Shellz inspiration in music, particularly for his newly released EP Album, stems from the immense need for mental health awareness in today’s times, especially in places where people like to find the most source of hope and inspiration..like the local church. Hence, Shellz Ep touches on the need to seek help when needed and on suicide prevention. And his songs represent what his concern is right now.

Shelvon Sessoms A.K.A Shellz Da Kid is an American Hip-Hop artist based in Ahoskie, NC. He has released many singles and albums. His latest EP album, “For Those Who Care,” reached number 13 on the hip hop/Rap charts on iTunes, and for this achievement, he was awarded an iTunes plaque. For more information about Shellz Da Kid and his new EP, please visit his social media Instagram page @shellzdakid and global digital music streaming platforms.