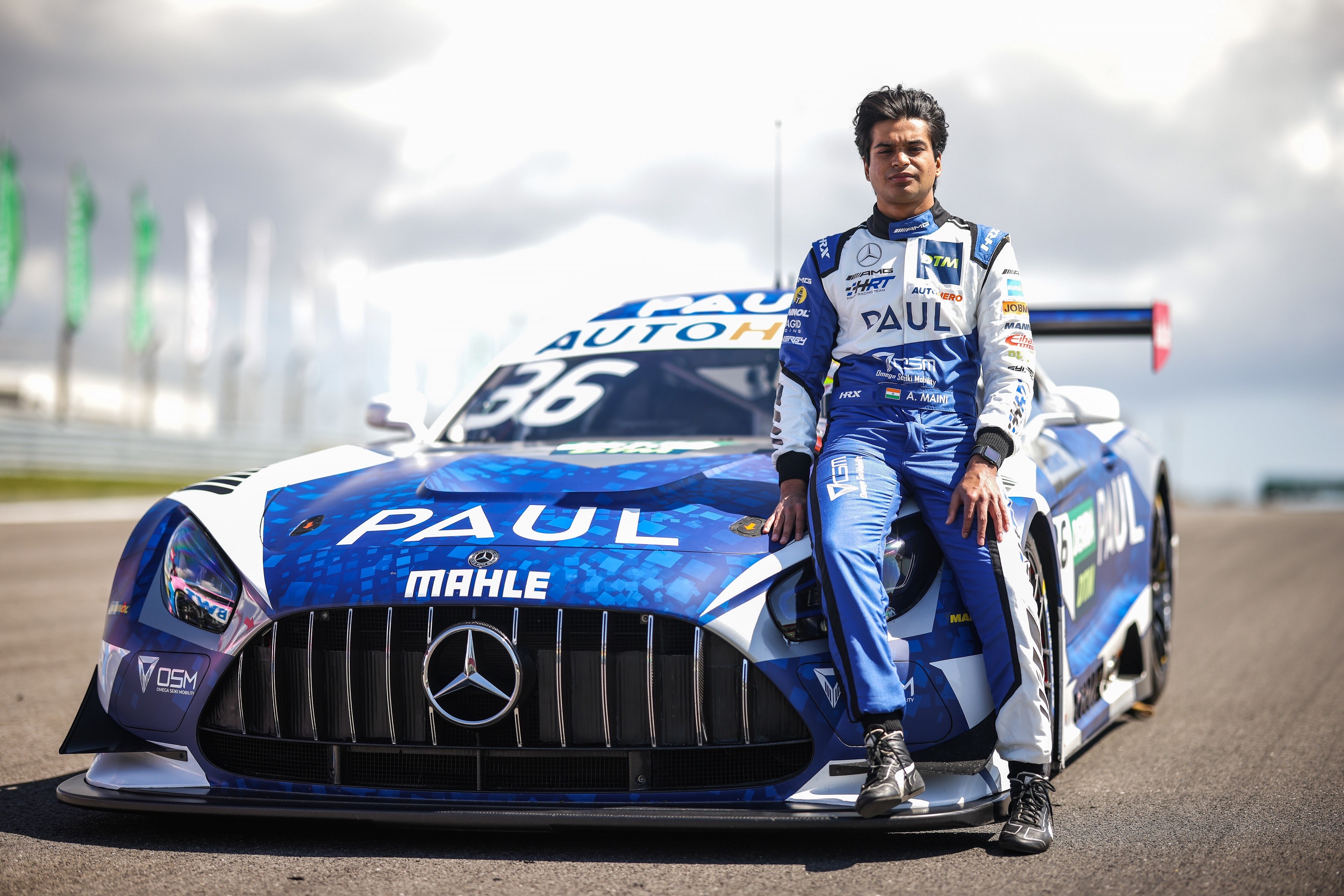 
New Delhi, 20th May 2022: Arjun and Kush Maini need no introduction. For the better part of a decade, the Bangalore-based duo have set racing records and paved the way for other Indian racing drivers to follow in their footsteps and compete with the best racing drivers in the world.

Arjun, who switched to GT racing last year, now competes in the DTM series. Entering his second season in the pan European championship, Arjun now races with team HRT in the #36 Mercedes-AMG. Kush meanwhile is still working his way up to Formula 1 and now races in FIA Formula 3 in the #12 MP Motorsports car. The brothers will, for the first time in 2022, compete simultaneously this weekend with Arjun racing at the Lausitzring in Germany and Kush in Barcelona as a support race for this weekend’s Spanish Grand Prix.

The DTM Championship has changed significantly and features a record line up of 29 Drivers with iconic brands, such as Mercedes-AMG, Audi, BMW, Porsche, McLaren, Lamborghini and Ferrari, now locked in a seven-way championship battle for the Manufacturers’ title. The Competition in the series has gone up a few notches with the qualifying and racing action now closer than ever before as experienced at the first round at Portimão. The field is stacked with talent, with multiple World Rally Champion Sebastien Loeb the latest in a long line of motorsport legends to try his hand in the series.

Despite finishing the season strongly with his first podium finish at the famed Norisring circuit, Arjun had a difficult start to the season in Portugal, but clearly found the pace in the second race where he made 12 positions after starting 25th.

“I am looking forward to racing at the Lausitzring again, especially because of the banked turn one corner,” Arjun commented ahead of the weekend.

“It makes the circuit very exciting and different and is a really distinctive feature for a European circuit. I was really quick here last year but did not get the results I wanted. So, I want to make sure to get some decent results this year.

“We have been working hard since Portimão and I am confident that the team will provide me with a good car to fight for positions. Let’s see how it goes. I want to thank OSM (Omega Seiki Mobility) for supporting me for a second year.”

Kush meanwhile faces a completely different challenge in Barcelona. The younger of the two brothers spent a bulk of 2021 on the sidelines after two strong seasons in the BRDC Formula 3 Championship (now GB3) where he finished third and second in the championship respectively. Kush is now racing for MP Motorsport in the FIA F3 championship, where he faces the unenviable task of competing against 30 of the world's best junior drivers while being scrutinized by several prominent F1 scouts.

Kush, who is currently 13th in the championship, will be hoping to follow in the footsteps of his elder brother, who became India's first GP3 Series (the forerunner to FIA F3) race winner at the same venue in 2017.

"I'm looking forward to the upcoming weekend in Barcelona," Kush said in the lead-up to his race in Spain.

"The Barcelona circuit is one of my favorites on the calendar, and I'm hoping to bring home some good points at the end of the weekend. We definitely have the pace to fight in the front, and with a little more luck, I believe we'd be higher up in the standings.

"Obviously, I'd like to emulate what Arjun did here, but for the time being, I'm keeping my head down and working with the team to maximize the car's performance."

“I want to thank JK racing and OSM (Omega Seiki Mobility) for all the support they have given me.”

Despite competing in vastly different championships and stages of their careers, the brothers appear to be united by a desire to compete against the world's best drivers. One thing is certain: both drivers will give it their all this weekend!