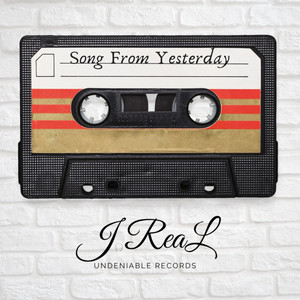 
J.ReaL new song is available on all digital music streaming platforms. The song was released on February 18th, 2022, and is ready to chill fans with slow beats and soothing lyrics


Up and coming R&B artist Jerrell Sharpe A.K.A J.ReaL reveals a new single titled ‘Song From Yesterday’. This song was originally released on February 18th, 2022, and has already streamed more than 6K on Spotify. ‘Song From Yesterday’ offers dynamic and enriching musical compositions. Its inspiring lyrics make anyone feel enlivened and enthralled. This song speaks from the heart and true feelings of a man to his woman, confirming his love.

“Thank you to everyone who listened to my song ‘Song From Yesterday’. This song is dedicated to a man who is truly in love with his lover. Enjoy the vibe and the lyrics. I appreciate all of you for enjoying my songs. Look forward to the upcoming songs,” said J.ReaL.

Jerrell Sharpe A.K.A J.ReaL is a multi-talented R&B musical artist. His new song demonstrates his enhanced lyrical craftsmanship and musical versatility. J.ReaL has released three singles and an EP since 2020. His singles include his debut song released in 2020, ‘You’re the One’ ft Prince Tch, and another captivating song titled ‘Is It Real’, which was released in 2020. After gaining success with the first single, J.ReaL released an EP album in 2021 titled ‘Can I Sing My Song’. This album consists of five attractive songs, which include ‘Mad At Me’ ft Shellz da Kid, ‘I’ll Be Good’ ft Kaiyo, ‘Forever & Always’ ft Rambo, ‘I Need You’, and ‘Restart’. In 2022 he released another attractive single titled ‘Song From Yesterday’.

J.ReaL A.K.A Jerrell Sharpe is an American R&B singer. J.ReaL introduced his debut singles in 2020 and has collaborated with many artists for various songs. In every performance and every session, J.ReaL is inspired by Ronald Eley’s quote “Your Gift, Your Responsibility”. Music is very important for him, and he uses music as an outlet for himself. And once he made the decision to use his gift to help others, something blossomed. Since then, this growth has taken him to great heights and opportunities, such as winning awards from the great Shirley Caesar. J.ReaL’s goal in music is simple: he will use his gift to benefit others, whether in music or in other ways. The important thing is to have a positive impact on others, as he said, “This gift was God given, I refused to waste it”. Please visit his social media and Spotify pages for more information about J.ReaL and his new song ‘Song From Yesterday’.