Unique and Unmatched Short films from Spain, France, South Korea and Germany line up for Malhaar 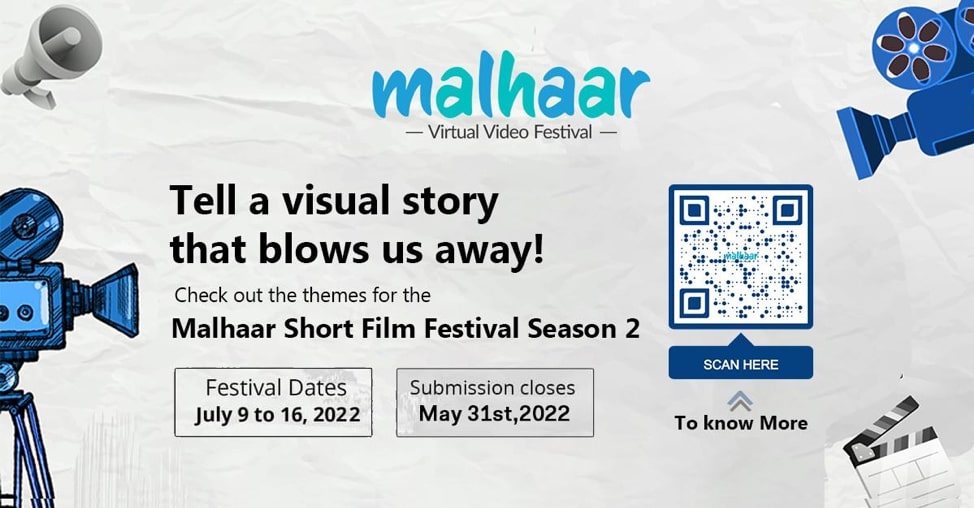 
The popular Malhaar film festival is back with its second edition. The world craves stories and needs people who can tell these stories in a simple yet creative manner.

New Delhi, India | May 16, 2022 -- The popular Malhaar film festival is back with its second edition. The world craves stories and needs people who can tell these stories in a simple yet creative manner. The Biggest Virtual Film Festival is set to kick off in July and August 2022. Malhaar is already hitting up the global film industry as Short films from Spain, France, S.Korea and Germany line up for screening.

Organized by Match My [Talent], the festival displays the many colours of the filmmaking community. It aims to present different stories and build connections between filmmakers through their ideas, imagination, and perspectives. The Malhaar Short Film Festival provides a platform for people looking for space to showcase their talent.

This festival is not bound to anyone or some language/(s) as filmmakers can submit films in absolutely any language, including their regional languages. Sonia Swaroop Choksi, Festival Director and the Co-founder of Match My [Talent] calls Malhaar a responsively resourceful platform for filmmakers. "After the grand success of its first edition, Malhaar festival is back this year to give a platform to filmmakers to show their magic with their movies on themes like mental health, education, migration, gender issues, and passion", she said.

"Malhaar is that holistic platform where whatever you make is welcomed," she adds.

The success of Season 1

Malhaar Virtual Short Film Festival is an impactful space for amateur as well as professional filmmakers. Its first edition was widely loved and garnered a warm response from respected personalities of the Indian cinema. Celebrities like Rajit Kapoor, Adil Husain, Ajayant Vincent, Neeraj Kabi, and Gautam Vaze praised the platform for its all-inclusive nature. The platform offered great space to the budding as well as professional filmmakers, cinematographers, and storytellers where they could portray their ideas and stories freely. The festival aims to do that in the second edition as well.

Film submissions for the second season will go on till May 31, 2022. But hold your breath as the fun is about to begin. The festival will start virtually on 9th July and end on July 16th. Filmmakers will get a unique chance to discuss and dissect each other’s work.

Malhaar Short Film Festival Season 2 also launched a challenge in April called the 360-Hours Film Challenge. It required filmmakers and cinematographers to register and make a film of their choice within 360 hours and submit it for the final festival. Till the first week of April, the organization had already received more than 100 regional and international participants. The winners for the same will be announced and honoured during the main festival.

NFTs to be incorporated

A film festival on Blockchain!? Seems far-fetched, right? But in reality, it is apt.

The second edition of the Malhaar Short Film Festival will distribute blockchain-based Non-Fungible tokens to guarantee ownership and revenue of streaming to the filmmakers, storytellers, and artists.

It’s time for cinema buffs to gear up as the Malhaar film festival is all set to showcase movies and stories that have the potential of beginning a momentum.

To know more, visit the official site of Malhaar https://www.matchmytalent.com/initiatives/malhaar/