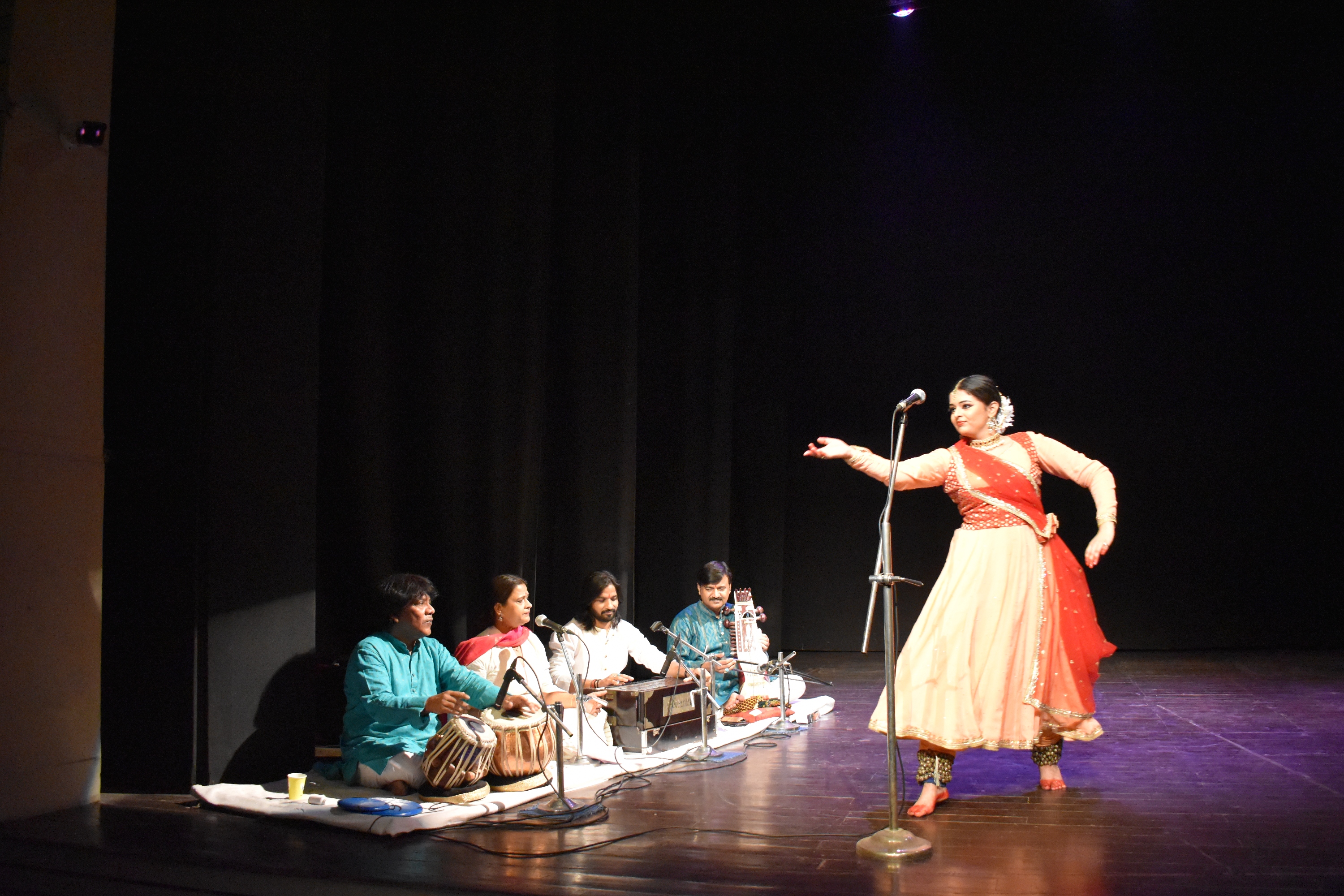 
New Delhi: - To celebrate the new talents, Aamad Dance Centre organized the Srijan at Shri Ram Centre Auditorium, Mandi House New Delhi. The annual Kathak festival SRIJAN, emphasises the Guru Shishya Parampara. Through this platform, the artists highlighted the important phase in human life- childhood through their specially choreographed performances, and how this phase marks the foundation of the personality & emotional resilience capacity of any person.

Later, a group performedThumri- ‘Sab ban than aayi shayna pyari re’. The evening continued with another solo performance by yet another supremely talented disciple of Guru Rani Khanam – Shubhangee Goyal. Shubhangee’s flamboyant abhinaya, rhythmic flow, unmatchable movement vocabulary along with her powerful presence on stage enthralled the audience. She performed a solo rhythmic piece in Taal Dhamar: Uthan that, Aamad, Tukra, Tihai, Ladi, Paran which is famous for its strength and dhrupad style. Her dance performance showed the intrinsic characteristics of compositions in Lucknow Gharana in different tempos along with the fine exceptions of footwork in Kathak.Shubhangee concluded her performance by adding an essence of her Abhinaya reflecting through a Thumri 'Ae ri Sakhi more piya ghar aye' written by Amir Khusrow. It celebrates the presence and glorifies the homecoming of the great beloved. It also talks about the bewilderment of a mystic lover in the majestic divine presence. It presents how the presence and absence of the Great love makes everything or nothing.Shubhangee was accompanied by Ustaad Naushad Ahmed on Tabla,Vocal by Shuheb Hasan ji, Nasir Khan Ji on Sarangi and Padhant by Guru Rani Khanam.

One of the main highlights of the festival was Rani Khanam’s performance on live poetry by Jayanti Ranganathan, Executive Editor at Hindustan Media limited venture and a renowned author. Jayanti Ranganathan Ji recited aMahadevi Varma poetry ‘Sab Bujhe Deepak Jala do’on the theme of Srijan, and Guru Rani Khanam presented the Abhinaya aspect of the Kathak dance. The duo presented the best of their talents leaving the audience asking for more.

Talking about the annual Kathak festival, Kathak exponent and founder of Aamad Dance Centre, Guru Rani Khanam, said, “I am glad that more editions of Srijan festival saw a successful completion. The new talents will take forward our old tradition of Guru-Shishya Parampara and instruct the next generation of students/artists about their devotion and behaviour towards their teacher. I would like to thank the entire Srijan team of Srijan who put their best to put forth a wonderful show.”