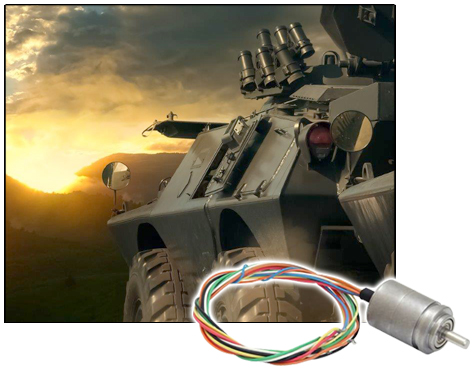 
Northvale, New Jersey, USA – New Yorker Electronics has announced Vishay Intertechnology’s release of the new miniature position sensor with a small 12.7mm outer diameter. According to Vishay, the sensor delivers higher accuracy and resolution than similar devices of the same size, while offering increased reliability and durability for harsh military and industrial operating environments. In addition, its plug-and-play operation eliminates the need for calibration.

The stainless steel body design of the RAME012 — as well as its on-axis design, slim diameter and light weight (< 11g) — make it ideal for applications where little space is available, but an angular position needs to be detected with high accuracy. The device is available in a single-turn variant featuring an SSI output signal, with other mechanical and electrical interfaces also available on request.

Samples and production quantities of the RAME012 are available now, with a lead time of 20 weeks for larger orders. As a franchised distributor, New Yorker Electronics supplies Vishay MCB Power Thick Film, Wirewound, Heating and other Resistors as well as Angular and Linear Potentiometers.

About New Yorker Electronics
Headquartered in Northvale, NJ, New Yorker Electronics, Co., Inc. (www.newyorkerelectronics.com) is a global franchised distributor of electronic components, value-added services, and supply chain solutions to the world’s leading OEMs and contract manufacturers in various markets. Founded in 1948, the AS9120B and ISO 9001:2015 certified company has earned a reputation for delivering superior levels of reliability and customer support while providing direct franchise access to an extensive ready-to-ship inventory of passive, interconnect, electromechanical and Mil-Spec components, as well as semiconductor devices.