Stunt and Action Workshop by Parvez Khan for Students of AAFT 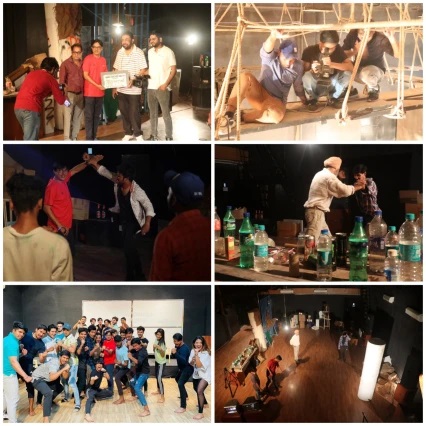 
Noida: Renowned action director Parvez Khan conducted a powerful workshop for the students of Acting at AAFT School of Cinema and Asian Academy of Film and Television at Marwah Studios Film City Noida.

Movies in the action genre are fast-paced and include a lot of action like fight scenes, chase scenes, and slow-motion shots. They can feature superheroes, martial arts, or exciting stunts, but it is very important to learn the art of action. Lack of training can hurt you or can lead to mishap,” said Dr. Sandeep Marwah President of Marwah Studios while initiating the program.

“Movies are engineered for entertainment and so they throw in lots of fighting styles designed only to be showy. Fight scenes in movies and TV shows are more realistic than ever, “explained Yogesh Mishra Dean AAFT

“Commit to the fight, Focus on what you have to do, Exhale sharply with every punch, Breathe when you defend, Walk -don’t run, Drive your elbow into each punch, Never cover your eyes or let your opponent go out of your vision, Lean on your opponent were some of the tips explained by Parvez Khan the Martial Art trainer from Mumbai.