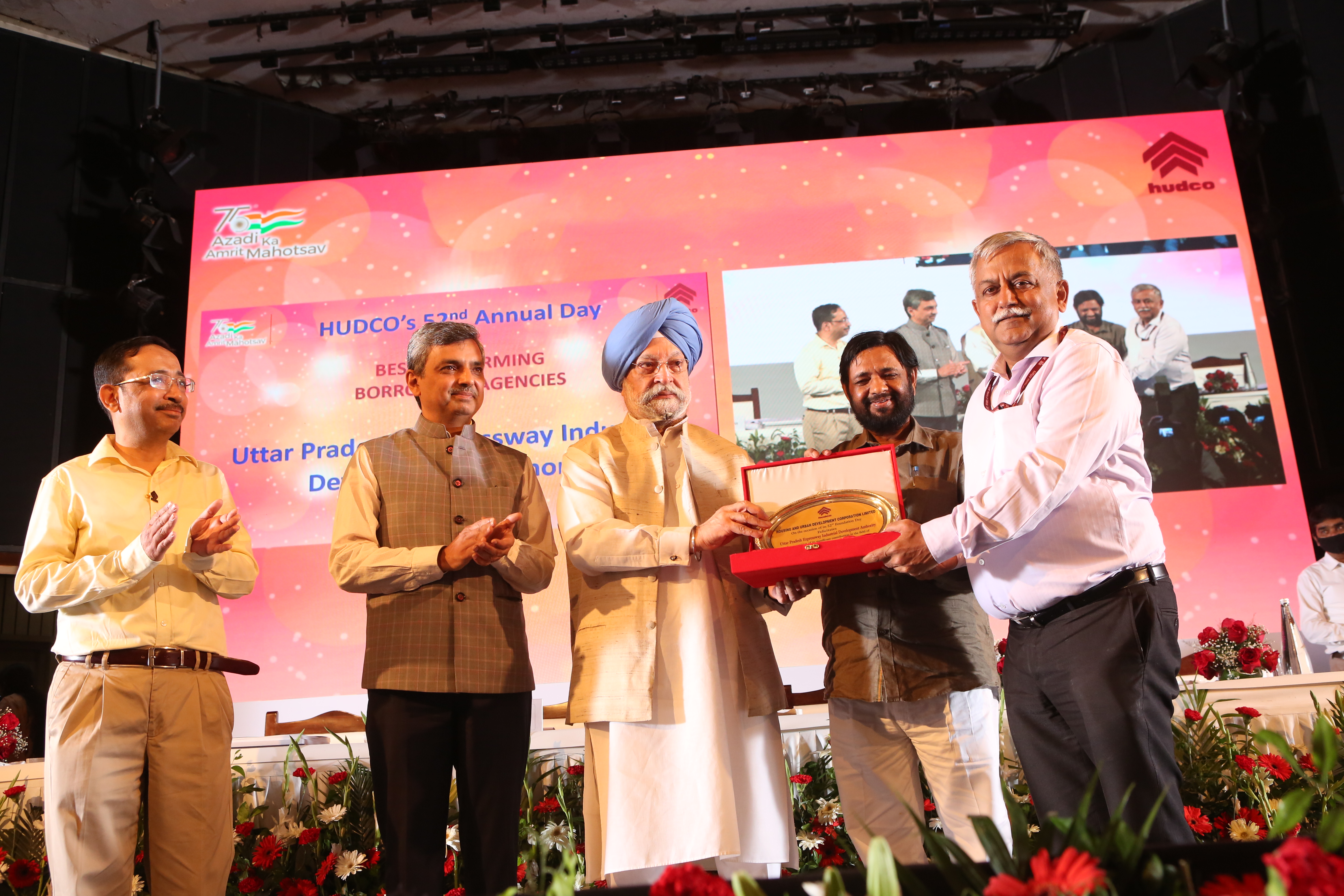 HUDCO, dedicated to the service to the nation has been championing the cause of sustainable housing and urban development in India. Despite two waves of the Covid19 pandemic, HUDCO is committed to its goal of providing housing and infrastructure with a focus on the EWS & LIG categories and has demonstrated yet another financial year of excellent performance in FY 2021-22 despite economic slow downs and other adversities such as: a total loan sanction of Rs. 20,663 crore, with is almost 2.25 times of previous year’s sanction of Rs. 9,202 crore; a total disbursement of Rs. 8,887 crore, surpassing the previous year’s release of Rs. 8323 crore; and sanction of 88,523 dwelling (almost all for EWS/LIG category), which is 7 times more than that of previous year’s sanction of 12,488 dwelling units previous year. As part of capacity building, HUDCO’s HSMI has conducted 21 Online training programs during the year, imparting training to 1450 professionals.

In addition to its own business operations, HUDCO has also been playing a catalytic role in formulation and implementation of the various National Housing and Habitat Policies and has become a powerful vehicle for carrying out the mandate of the Government of India flagship programmes and Missions across the length and breadth of the country. Besides the lending operations, HUDCO has also been building capacities of the sector through its dedicated Research & Training Division, the Human Settlement Management Institute (HSMI) since 1985, which has helped the capacity building of over 50,000 professionals through over 1750 training programmes at local, national and international level.

For over five decades, there have been key partners in the growth story of HUDCO, to recognize their contribution, the State Governments, the best-performing agencies, the regional offices of HUDCO and other officials were awarded during the function.