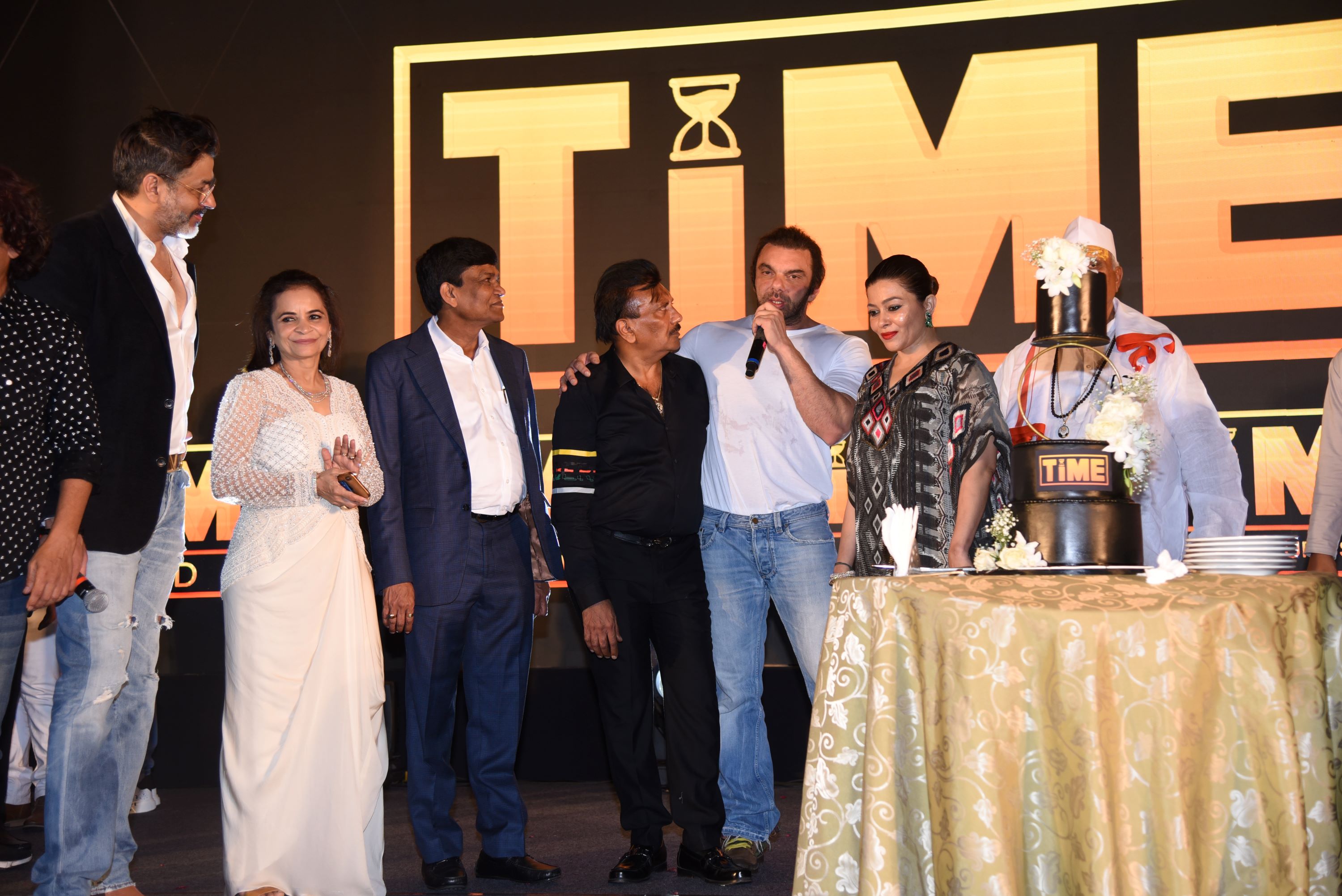 
8th April 2022: TIME Group & NH STUDIOZ made an exciting announcement at a gala event held at Hotel Sahara Star. TIME is an end-to-end entertainment major,that covers ACQUISITION-PRODUCTION-DISTRIBUTION-EXHIBITION of films/content all under one banner. NH Studioz a leading content house with distribution of Indian Cinematic Content around the Globe Via All possible modes and mediums.

Mr. Pravin Shah, Chairman, TIME Group, said, “I pledge to keep raising bars the way I have been doing with every project since four decades and keep entertaining with larger than life visuals as always!

Mr. Sagoon Wagh,Managing Director, TIME Group, has been in the Film Industry for 40 years and has been with Time Group during its early days.He said, “Time Group Chairman, Pravinbhai and I go a long way and have been associated since 1982. I was a part of blockbuster films Vijaypath, Jodi No.1, Khiladiyon Ka Khiladi, etc. We will now be announcing new projects in films, web-series and music videos.”

Mr. Viral Shah,Director, TIME Group, said, “TIME Group has been a pioneer and innovator through the last 40 years and now, we are making a quantum leap towards future forward Gen-Next technology, services and solutions in the Indian entertainment space. Apart from its established verticals, TIME Films and TIME Audio, TIME Group now has diversified into TIME Virtual Studios, TIME Artists Network and TIME Motion Picture Services.” He also added, “The amped logo symbolizes TIME Group’s renewed energy. We, at TIME, are revolutionizing the future with frontier technologies that will take Indian film-making and content creation to the next level. Our new verticals will add and augment our holistic integrated offering to Indian entertainers.”

On this occasion, TIME also announced the powerful Hanuman Chalisa, sung and composed by euphonious Sukhwinder Singh, which is set to be released on the auspicious occasion of Hanuman Jayanti on 16th April.

Another announcement was made of their music video ‘Jogi Re Jogi’,the world’s first devotional song shot in Varanasi simultaneously in 4 (four) languages --- Hindi,Marathi,Bengali & Bhojpuri.