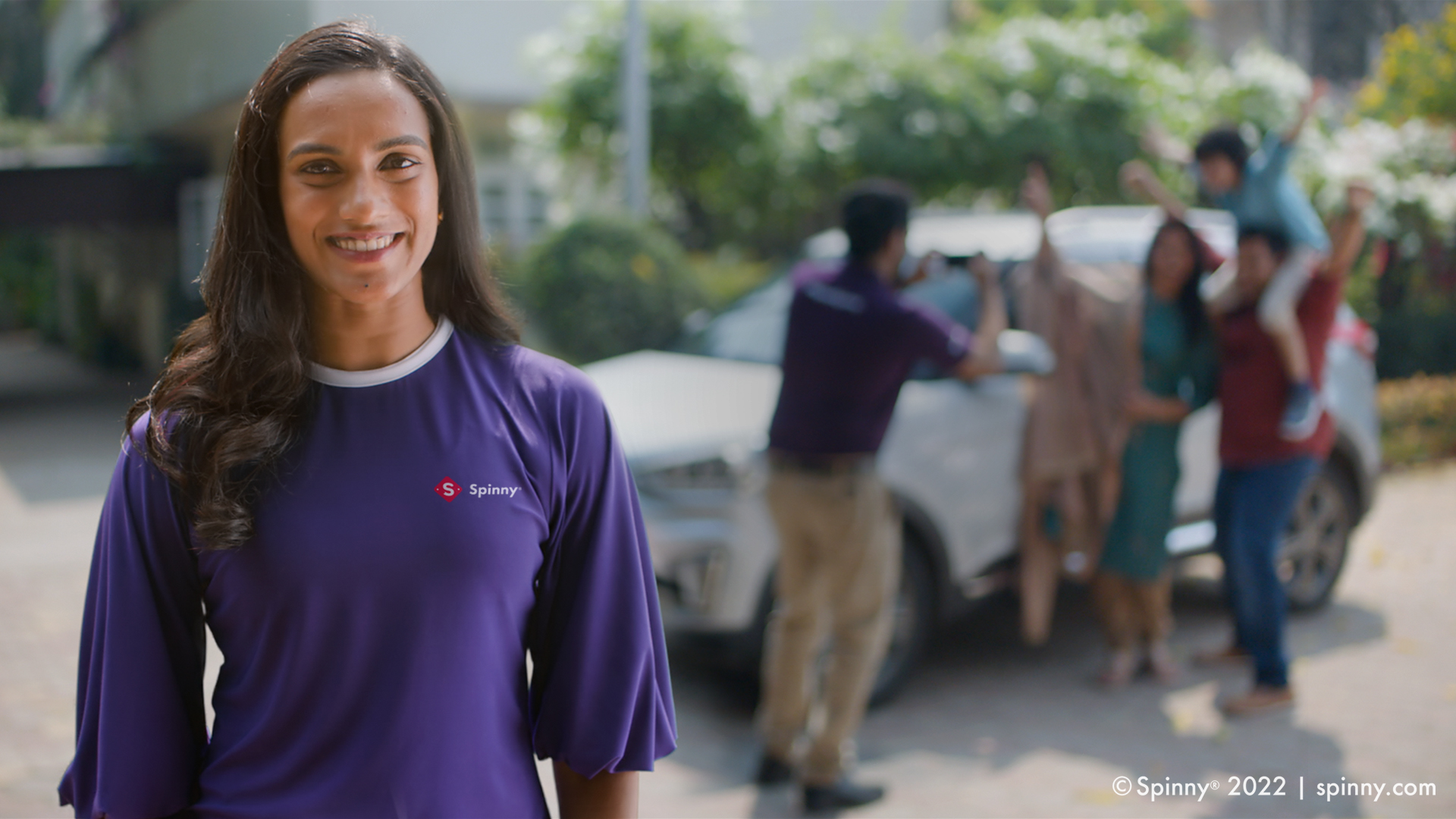 In this film, a girl is shown receiving an increment letter and decides to buy a car. What follows next is pretty much what happens when a family decides to buy their first car – a series of advice from relatives, friends and neighbours. PV Sindhu is seen assuring the girl and her family about Spinny’s stringent inspection processes with 200 checkpoints.

The film also strategically encapsulates Spinny’s full stack features that contribute to creating a seamless vehicle purchasing journey, including online research and test drives from home. The finalized car is then delivered at their doorstep that marks the start of their Khushiyon Ki Long Drive.

Over the past few years, the used car market has seen shifting gears with an increasing number of women car buyers. The demand for used cars is ever rising in the Indian market & the category is now emerging as one of the driving forces in the Indian automobile sector. Women are in driving seats in the metro cities, whereas there is also a consistent increase of women car buyers in tier-II and III cities.

Elaborating on the campaign, Suvid Bajaj, Head of Marketing – Spinny, said, “Following the success of the first film of the marketing campaign, we are now set to launch the second one led by PV Sindhu. The second film focuses on the increasing number of women car buyers. The idea of our campaign is to strike a chord with the young buyers and their life journey. It was a great experience working with Sindhu who is a former customer and now captain of SquadSpinny. We are confident that this campaign will also be appreciated by our existing and potential customers.”

Speaking about her involvement in the campaign, PV Sindhu said,” I’ve been a believer of Spinny, first as a customer & captain of SquadSpinny. Spinny as a brand has achieved success in their business through their trust, transparency and customer service. I am pleased to be narrating the story of new beginnings in a car of their own through this film and the start of their Khushiyon ki Long Drive.”

Arun Iyer, CCO, Spring marketing, said, “Great customer service is in the DNA of Spinny. The idea behind the second film was to build brand credibility among our women buyers. And who better than our national sports champion and the Brand Ambassador PV Sindhu to tell the story. The brief was not only to highlight brand services, but also set forth a story that the millennial and gen z market can relate to. The ad perfectly depicts the joy of buying a car.”

The digital campaign will run via Spinny’s own social and Youtube channels, along with a strong presence across other digital platforms. It will also be aired during the upcoming IPL 2022 on Disney+Hotstar, with Spinny on board as the associate sponsor. The brand has already worked on their first marketing ad with a similar storyline led by their strategic investor & brand ambassador, Sachin Tendulkar.

Founded in 2015, Spinny is a used car retailing platform that aims to bring about transparency and convenience in the car buying and selling process in India. Spinny operates across the entire value chain of used cars, embedding superior technologyand processes to deliver a premium experience to customers. As a testimony of Spinny’s commitment to transparency and quality, every car on the Spinny platform comes with a 200-point inspection checklist, 5-day no questions asked money-back guarantee and 1-year after-sales warranty. Spinny has 36 car hubs and is operational in 22 cities, including Delhi, Gurugram, Noida, Bangalore, Mumbai, Pune, Hyderabad, Chennai, Kolkata, Ahmedabad, Lucknow, Jaipur, Chandigarh, and Indore, among others. In December 2021, Indian cricket legend Sachin Tendulkar partnered with Spinny as a strategic investor and a lead brand ambassador. Sports icon, PV Sindhu, a believer and customer of Spinny, would also be a part of the series of marketing initiatives focused on realizing the aspirations of a billion car dreams.