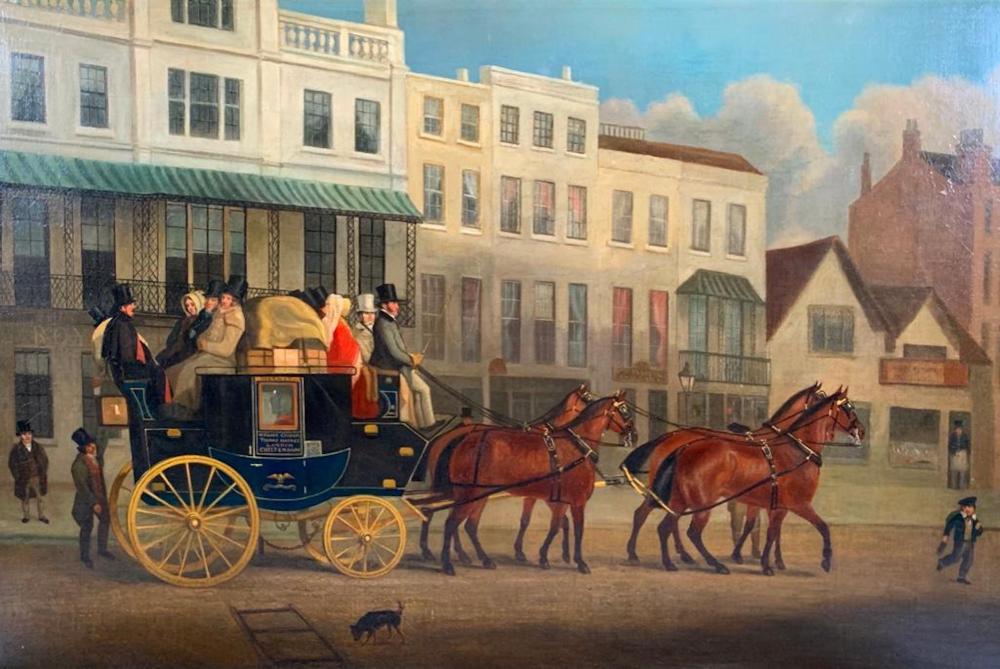 
Beachwood, OH, USA, March 18, 2022 -- Neue Auctions' online-only auction coming up on Saturday, March 26th, will have an emphasis on English antiques, fine art and Chinese Export, pulled from private estates and collections, beginning at 10 am Eastern time. Nearly 300 lots will come up for bid. Online bidding will be provided by LiveAuctioneers.com, Invaluable.com and Bidsquare.com.

“There is a very nice selection of items in this sale in many categories and from multiple periods, to include English Regency, George III, William & Mary, William IV and Louis XV,” said Cynthia Maciejewski of Neue Auctions. “Consignments are from Gates Mills, Hunting Valley, Pepper Pike and Shaker Heights, and some of the items were owned and sold by James London Antiques (in New London, Conn.) and Israel Sack American Antiques (in New York City).”

Maciejewski added, “There are few reserves because we trust the educated bidders participating in our auctions, who understand the importance and rarity of these items. We're confident the bidding will be competitive and the winning bids will land within or supersede our conservative estimations. This auction kicks off a very busy season for us. We’re booked solid through June.”

The battle for top lot honors could come down to a contest between a vase and a pair of bronzes. The baluster form vase by Paul Francois Berthoud (French, 1870-1939), titled Femme Libellule (circa 1900), is both rare and massive, at 25 inches tall. It’s cast with the face of a woman with flowing hair supported by dragonfly wings and feathers, the base cast with Queen Anne's Lace flowers (est. $12,000-$15,000). The patina exhibits verdigris and oxidation.

The bronzes, both of them rare, with green verdigris patina, are by William MacMonnies (American, 1863-1937). Each has an estimate of $10,000-$12,000. One, titled Diana, is 31 inches tall and is signed and dated 1890. The other, titled Pioneer Mother, is 15 inches tall and was designed and cast in monumental form for the Pioneer Monument in Denver, Colorado, erected in 1911. Both carry the foundry mark for Jaboeuf & Rouard in Paris.

China Trade, Chinese Export and Chinese School lots will be plentiful and include the following:

Neue Auctions has a full slate of auctions planned for spring and early summer, beginning with a Fine Interiors auction on Saturday, April 30th; followed by a May Modern Sale on Saturday, May 28th; then an auction featuring the superb Asian & Antiques Collection of Dr. Marvin Drucker on Saturday, June 25th. All three will be online-only auctions and will start at 10 am Eastern time.

To learn more about Neue Auctions and the English & Chinese Export Art & Antiques auction slated for Saturday, March 26th 10 am Eastern, visit www.neueauctions.com. Updates are posted often. Company officers Cynthia Maciejewksi and Bridget McWilliams can be reached by phone at 216-245-6707; or via email at cynthia@neueauctions.com or bridget@neueauctions.com.