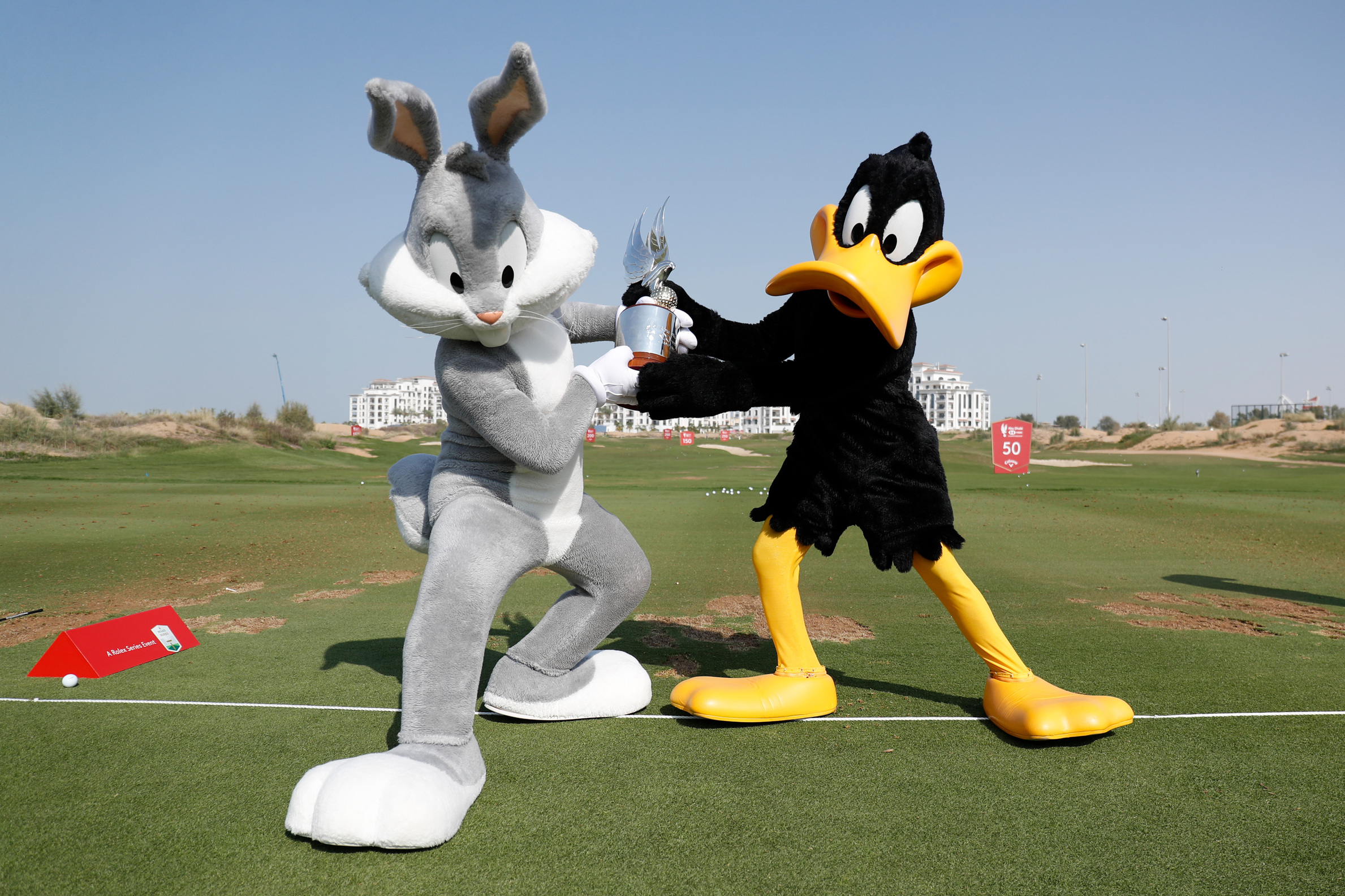 
Mumbai, 21st January 2022: Two beloved characters snuck in a quick round of golf before global stars including Rory McIlroy, Collin Morikawa and Viktor Hovland tee off today at the Abu Dhabi HSBC Championship.

Ahead of the tournament, Yas Links was invaded by Warner Bros. World™ Abu Dhabi residents Bugs Bunny and Daffy Duck, who received an impromptu golfing lesson from some of the world’s best professionals.

Bugs Bunny was a natural, while Daffy Duck was chomping at the bit to out-golf his rival on the iconic Yas Links course – only a stone’s throw from Warner Bros. World™ Abu Dhabi on Yas Island, one of the world’s leading leisure and entertainment hubs.

The duo were then seen wrestling to get their hands on the prestigious Falcon Trophy, awarded to the winner of the Championship, but after failing to make the grade they will instead watch on as a world class field compete over the four-day tournament, taking place January 20-23.

Kids will have the opportunity to emulate Bugs Bunny and Daffy Duck’s golfing adventure with the Future Falcons programme at the Abu Dhabi HSBC Championship. The programme gives kids the opportunity to compete around the par three course and take part in fitting sessions.

Two-time Major Winner and recently crowned European Number One Collin Morikawa, four-time Major Champion Rory McIlroy, and defending champion Tyrrell Hatton were among the stars to tee off today on Yas Links, which hosts the Abu Dhabi HSBC Championship for the first time.

First staged in 2006, the Abu Dhabi HSBC Championship has been played at Abu Dhabi Golf Club for 16 consecutive years, having built a strong legacy in the Middle East.

Coinciding with the tournament’s move to this world-leading entertainment destination, the Championship Village will host entertainment events, activities, and competitions for all attendees to enjoy.

Get your free general admission tickets for the Abu Dhabi HSBC Championship at Ticketmaster.ae, with additional hospitality packages available to purchase.


About the DP World Tour

The DP World Tour is the main men’s professional golf Tour of the European Tour group, with a global schedule featuring a minimum of 47 tournaments in 27 different countries across the 2022 season.

About the European Tour group

The European Tour group is the overarching corporate brand which administers four competition brands: the DP World Tour, the Challenge Tour, the Legends Tour and, along with the PGA of America, is the Managing Partner of golf’s greatest team contest, the Ryder Cup.

Established in 1972, the European Tour group is committed to ‘Driving Golf Further’ through our guiding principles of being innovative, inclusive and global.

About the Rolex Series

The Rolex Series is the premium category of events on the DP World Tour, comprising five tournaments in 2022, staged in a variety of world-class golfing locations around the globe, each with a minimum prize fund of US$8 million and 8,000 DP World Tour Rankings points available.

Showcasing innovation, enriched media, content and broadcast coverage, and a superior event experience for the world’s top players, the list of Rolex Series Champions includes some of golf’s most distinguished names.