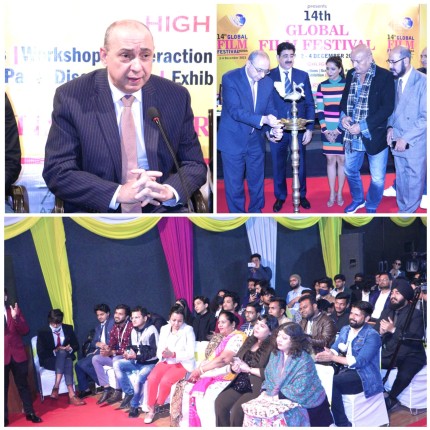 
NOIDA: Nabat is a 2014 Azerbaijani drama film directed by Elchin Musaoqlu. The story is set during an upsurge in the Nagorno-Karabakh conflict and revolves around an old, sick ex-forestry worker and his wife Nabat, whose son has died in battle. The film was selected as the Azerbaijani entry for the Best Foreign Language Film at the 87th Academy Awards, , but was not nominated. The film has actors like Fatemeh Motamed-Arya as Nabat, Sabir Mammadov as Major and Farhad Israfilov as Davud.

“I extend my heartiest congratulations to International Chamber of Media and Entertainment Industry for inviting us here and making us a part of this huge grand festival. We may not be large producers of cinema, but Azerbaijan has made some wonderful films,” said H.E. Ashraf Shikhaliyev Ambassador of Axerbaijan to India while announcing the screening of the film and lighting the ceremonial lamp at 14th Global Film Festival Noida 2021.

“Indo Azerbaijan Film and Cultural Forum has grown big with this participation. Thousands of people have come to know the strong relation between India and Azerbaijan,” said Sandeep Marwah President of the festival.

Buy 100% high-quality replica watches with a 2-year warranty and free ground shipping!
Hire an expert to write a paper for you at writers per hour.