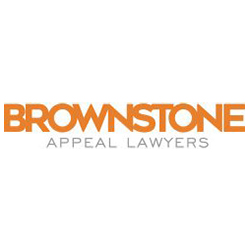 
Most trial court decisions are subject to review by an appellate court. But challenging a legal decision does not always make sense. Even decisions contested on the basis of an error can be dismissed because they’re unlikely to impact the end result significantly. This is where federal appellate attorneys at the Brownstone Law Firm come in. Right now, they’re offering free consulting for those who believe they have valid grounds for an appeal.

"Most of the time, an unsatisfied litigant will call for an appeal when they don’t have grounds to do so. While it’s difficult to say how many appeals are successful, it’s been estimated that only 1/10 of appeals end favorably for the appellee,” says a spokesperson for the Brownstone Law Firm.

It’s natural for one or both parties to be dissatisfied with a judgment. A plaintiff may not have been awarded enough money, or a defendant may have been found guilty because the jury did not understand the defense’s arguments. Almost everyone wants to fight their battle all the way to the Supreme Court.

"But more often than not, litigants don't understand the appeal process or the function of an appellate court. Not all judgments are likely to change a case's outcome or likely to affect a party's substantial rights. In such instances, an appeal is only a waste of time and money," adds the spokesperson.

Appellate lawyers at the Brownstone Law Firm focus exclusively on appellate law, both criminal and civil. Lawyers at Brownstone are admitted in all circuit courts across the country, and they’ve successfully argued numerous cases, including cases which dealt with business litigation, marijuana possession, insurance fraud, medical fraud, internet pharmacy violations, divorce, child custody, tax evasion, and other white-collar crimes. As experienced lawyers, they can determine if a case is likely to get overturned or dismissed. And if they find a mistake has been made, they’ll review the record on appeal thoroughly and then file a clear brief.