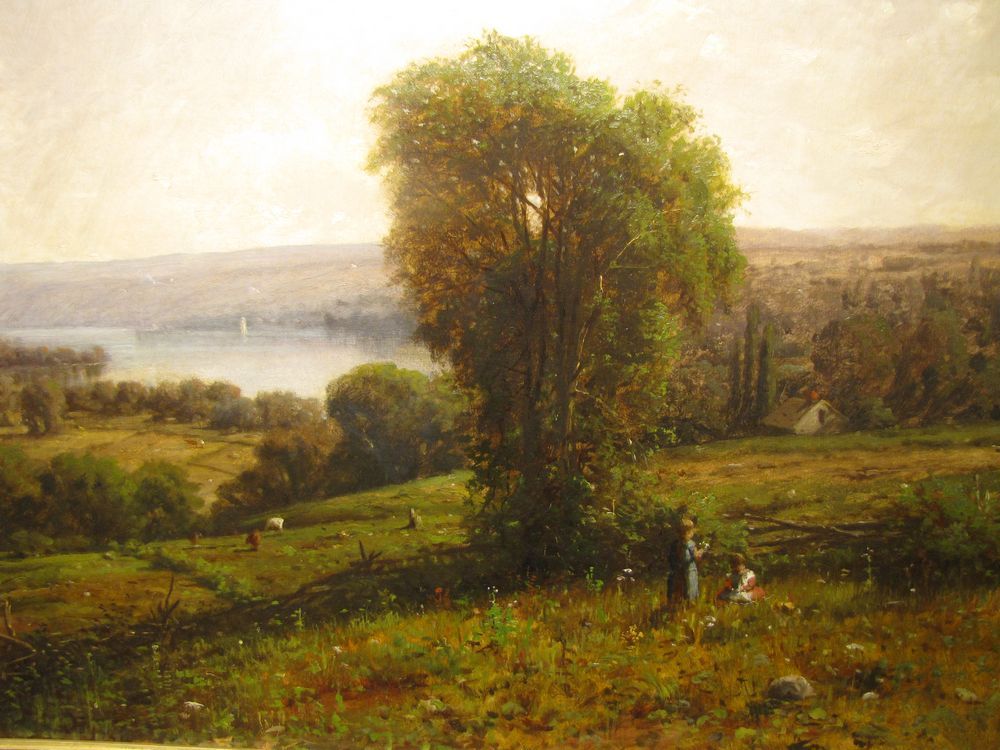 
Pleasant Valley, NY, USA, January 14, 2022 -- An online-only auction dedicated entirely to a single-owner collection of paintings by noted artists from the renowned Hudson River School – 62 works in all – is being held online now, by Absolute Auction & Realty. The auction will end on Wednesday, February 16th. People can register and bid now, on the AAR website, at www.AARauctions.com.

The curated auction is from the personal collection of Robert and Susan Doyle of Fishkill, N.Y., dedicated collectors of the first American School of Art that later became known as the Hudson River School, in upstate New York. All the paintings are original works and nearly all have been professionally cleaned and conserved. Every painting would be a worthy addition to a collection.

The Hudson River School consisted of mid-19th century “Nature Painters” who found spirituality in nature. These adventuresome artists hiked to see impressive views. They sketched and did studies in the field to bring back to their studios and create finished paintings. In doing so, these artists celebrated and depicted the pristine magnificence of the American landscape of the period.

The Hudson River served as the main route of travel to the best places; it also provided the best subject matter. New York City, with the National Academy of Design, was at the center of the American art world in the 19th century. Now, seasoned collectors, as well as novices to the genre, can experience the beauty, tranquility and grandness of nature from the palettes of these artists.

Lot 1, by Thomas Benjamin Pope (1834-1891), is an oil on canvas titled View from West Point and is a classic Hudson River School depiction, of a cadet couple looking north toward Pollepel Island and the Northgate to the Highlands. The view has Storm King Mountain on the left and Breakneck Mountain on the right. The work is 12 inches by 22 inches (sight, minus the frame).

Lot 3 is an oil on canvas by Fred Pansing (N.Y./Germany, 1844-1912), depicting Hudson River Schooners sailing in the widest part of the Hudson River, at the “Tappan Sea”. The painting, done circa 1880, is 9 ¼ inches by 16 ¼ inches (sight, less frame). Pansing was born in Germany and immigrated to New York in 1865, where he honed his craft as a painter of sailing vessels.

Lot 5 is an oil on canvas, signed and dated 1859 by Edmund C. Coates (1816-1871). The work, titled American Harvesting, was originally painted by Jasper Francis Cropsey (1823-1900) in 1851. Other Hudson River School artists also depicted this view, with slight variations. Coates’s interpretation measures 20 inches by 25 inches (sight, less frame). He was also a portrait artist.

Lot 7 is an oil on canvas by David Maitland Armstrong (1836-1918), believed by the Doyles to be A View from Moodna Creek (Murderer’s Creek), looking east at Pollepel Island with the Fishkill Mountains (Highlands) beyond. The 19 ½ inch by 23 inch (sight, less frame) painting comes with a copy of Armstrong’s book, Day Before Yesterday, Reminiscences of a Varied Life.

Lot 10 is an oil on canvas by William Rickarby Miller (1818-1893), titled View of New York City from Weehawken, NJ. It measures 21 inches by 35 ½ inches and is signed and dated 1860 lower left. Miller was a prolific painter, producing hundreds of watercolors, oils and pen-and-ink sketches. His work can be seen in the collection of the prestigious New York Historical Society.

Lot 12 is an oil on canvas autumn view attributed to Edward Nichols (1819-1872), titled Salt Grass Harvesting. The work depicts a hay wagon at “Southgate” of the Hudson River, with Anthony’s Nose Mountain on the left and Dunderberg Mountain on the right (current location of the Bear Mountain bridge crossing). Overall, with frame, the painting is 31 inches by 45 inches.

Lot 26 is an oil on canvas by General George Pope Morris (1802-1864), titled Undercliff (where Morris lived, in Cold Spring, N.Y.). The painting is 18 inches by 24 inches (sight, less frame). Lot 59 is a signed and dated (1873) oil on canvas rendering of a mother and child picking berries in the Highlands, by R. Wentworth. Little is known of Mr. Wentworth – not even his first name.