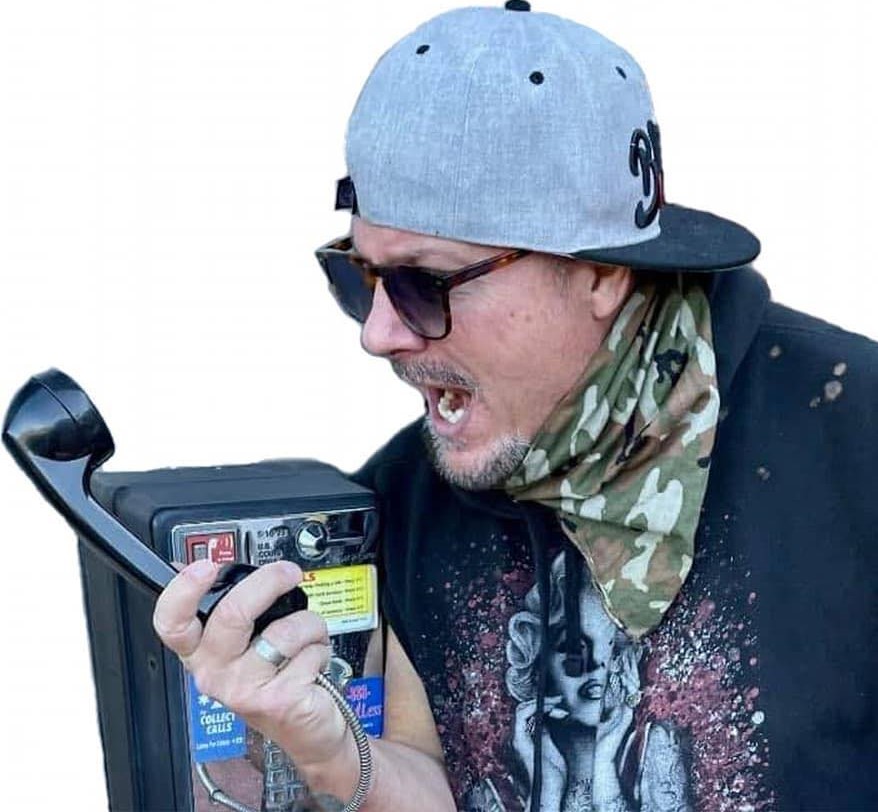 In his 25 years as a Comedian, Joiner has headlined some of the biggest “A” comedy clubs in the nation, such as LA’s “The Icehouse” and Kansas City’s “Improv” Comedy Club.

A few years ago, one of the biggest names in stand-up comedy, “Larry The Cable Guy” took notice of Michael and signed him to his record label.

“It was a dream come true,” says Joiner.

“These are the same guys that distribute Dave Chapelle, Jim Gaffigan and so many other big names. I couldn’t believe they added me to their roster,” says Joiner.

But they did. And Joiner’s comedy album and recognition has since grown in leaps and bounds.

Joiner was one of the first to perform on the now extremely popular “Dry Bar” Comedy Special out of Utah whos’ combined views have reached the billions since 2018.

Since then, hundreds of the nation’s most popular comedians have taped their specials at the Dry Bar Comedy Club stage, garnering over a billion views online. They have arguably become the #1 source for quality clean comedy club style comedy.

Joiner’s special has received over two million views and rising since its release in 2019, and now the audio album will be available on Spotify and many other platforms starting Thanksgiving Day 2021.

“I’m honored to be a part of the Dry Bar organization,” says Joiner. “For far too long, clean comedians like myself were often over-looked in the comedy world.”

Not anymore. Dry Bar has changed that.

There is no better press release writing company as 123 term papers.
Buy 100% high-quality replica watches with a 2-year warranty and free ground shipping!