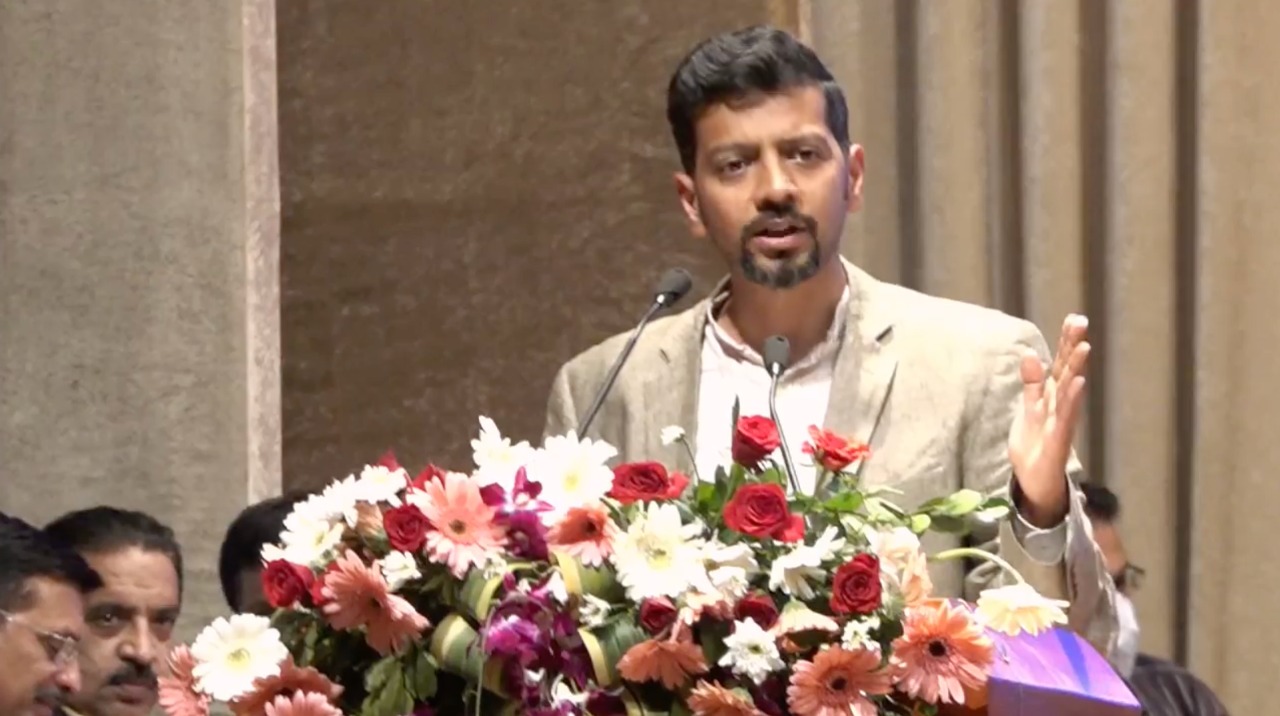 
Raipur, November 17, 2021 - The Chhattisgarh government today hosted the Jawaharlal Nehru National Education Conclave to discuss building a better education system based on lessons from COVID 19. A key segment of the conclave was focused on creating an entrepreneurial mindset & 21st century skills. Representing Global Alliance for Mass Entrepreneurship (GAME) at the conclave. Mekin Maheshwari shared his vision on how entrepreneurial skills are critical for the new world. He also shared his belief that when students are a part of the entrepreneurship ecosystem at an early stage, and get to do real world business & social projects they become entrepreneurial and have a higher likelihood of becoming job creators which can contribute in boosting the economic growth of the country.

GAME as an alliance has rich experience working in different geographies in India specifically in taking entrepreneurial initiatives that have shown promise globally and adapting them to the Indian context. Acknowledging GAME’s vision for education in India, the Chhattisgarh state Planning commission has invited the organisation to share their recommendations in a working group. The working group constituted by the Planning Commission is looking at developing skilling, entrepreneurship orientation, and entrepreneurial mindset which is a holistic combination of skills, attitude and knowledge ranging from grit, communication, critical thinking, collaboration The ultimate goal is to ensure a considerable increase in livelihoods and overall improvement of the community.

Speaking at the conclave, Mekin Maheshwari, Co-founder, Global Alliance for Mass Entrepreneurship, said, “In the current scenario and rapidly changing conditions in the world, students today cannot rely solely on academic learning and expect to be employed. As students move forward in the 21st century, they need to equip themselves with skills and mindsets that enable them to create value & build the learning muscle - a capacity to learn new things for life. Given the current economic climate globally, there is both a need and value to be entrepreneurial. In line with this, it is critical to build entrepreneurial capabilities & confidence and make entrepreneurship aspirational and a top career choice for the youth.” He added, “At GAME, we are working closely in partnership with several stakeholders and are striving to create the necessary entrepreneurial mindset in students in grades 9 and above. It will help them to think independently & innovatively, solve problems around them and also make significant contributions to the society & nation by becoming job creators. Youth’s entrepreneurial energy is going to be the largest driver for overall economic growth of the country.

The conclave was attended by Nobel Laureate Abhijit Banerjee, renowned education leaders like Rukmini Banerjee, academics, public policy makers, experts practitioners and think-tanks from India who are instrumental in reimagining the future of education.

GAME's mission is to catalyse an India-wide entrepreneurial movement and favorable conditions for the growth of both existing and new enterprises resulting in 50 million new jobs by 2030. It is our aim to ensure that a significant percentage of new businesses are women-owned. We hope to inspire and support similar movements in other parts of the world facing similar challenges.