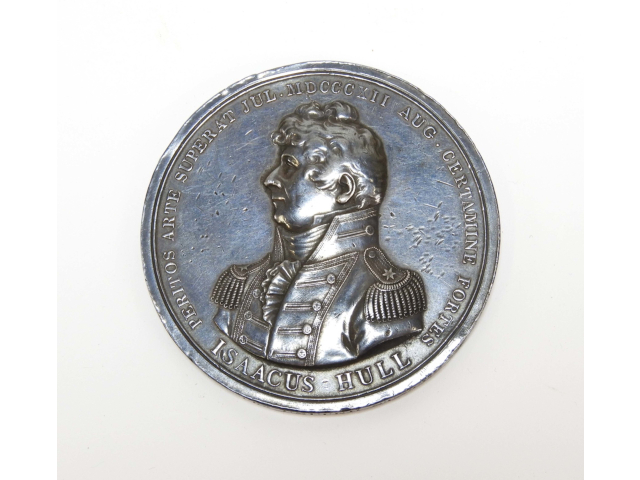 
Cranston, RI, USA, November 7, 2021 -- Bruneau & Co.’s fall Historic Arms & Militaria auction, planned for Saturday, November 20th, is packed with over 500 items focusing on the French & Indian War, American Revolution, Civil War, World Wars I and II, as well as modern firearms. Offerings will be ideal for anyone from the beginning collector to advanced collections.

The auction will begin promptly at 10 am Eastern time, online through several bidding platforms and live in the gallery at 63 Fourth Avenue in Cranston. It will be the second Historic Arms & Militaria auction for Bruneau & Co., in the firm’s newly created Arms & Militaria department headed by director Joel Bohy, a veteran of the arms and militaria scene.

“I’m thrilled to be presenting my second Historic Arms & Militaria auction with the team at Bruneau & Co. Auctioneers,” Mr. Bohy said. Company president Kevin Bruneau added, “I am so excited to be preparing for this auction. It has a noteworthy highlight from every period from the French & Indian War to WWII. I can’t wait to see what the Hindenburg insignia sells for.”

He was referring to lot 319: a German officer's cap, a badge with a silver eagle over a blue-enameled globe with a silver airship in the center, and a swastika at the bottom mounted on an embroidered wreath, sewn to a piece of worsted vertical ribbing, plus a piece of the superstructure of the airship Hindenburg and two stones picked up at Lakehurst Naval Air Station, the site of the Hindenburg disaster in 1937, which ended air travel by zeppelin.

The lot has an estimate of $10,000-$15,000 and is descended from Chief Petty Officer Thomas J. Evans, United States Coast Guard, who was stationed at Ocean City, N.J., when, on the morning of May 6, 1937, a message from the Naval Air Station at Lakehurst requested men for active duty for when the Hindenburg arrived. He scooped up the items in the auction as the ship exploded in flames around him. He barely escaped with his life.

A circa 1812 silver medal presented by the US Congress to Lt. Alexander Scammel Wadsworth, for gallantry in the naval battle USS Constitution vs. HMS Guerriere, has a lofty estimate of $20,000-$30,000. The obverse depicts Captain Isaac Hull, who received a gold version of the medal that is in the collection of the Constitution Museum. The reverse depicts the naval battle.

Alexander Scammel Wadsworth was the son of Revolutionary War General Peleg Wadsworth. Born in 1790 in Portland, Maine, he became a midshipman on April 2, 1804, and a lieutenant on April 21, 1810. He went on to have a distinguished naval career and died on April 5, 1851. He was also the uncle of author Henry Wadsworth Longfellow.

A Rev War powder horn from 1775, carved near the base “The Royal Artillery” and owned by minute man Thomas Smith, should knock down for $10,000-$15,000. The cow horn is marked, “Thomas Smith, His Horne Made at Brookline Fort August the XV: MDCC: LXXV 1775” and is carved with a hunter firing his musket and other depictions.

Internet bidding will be facilitated by LiveAuctioneers.com, Invaluable.com, Bidsquare.com, bidLIVE.Bruneauandco.com and the mobile app “Bruneau & Co.” on iTunes or GooglePlay.

Previews of all the items will be held in the Bruneau & Co. gallery on Thursday and Friday, November 18th and 19th, from 9 am to 4 pm Eastern time. The gallery is located at 63 Fourth Avenue in Cranston, R.I. On the day of auction, November 20th, the doors will open at 8 am.

Go to Assignmentgeek.com and get your homework done.
Ged Online