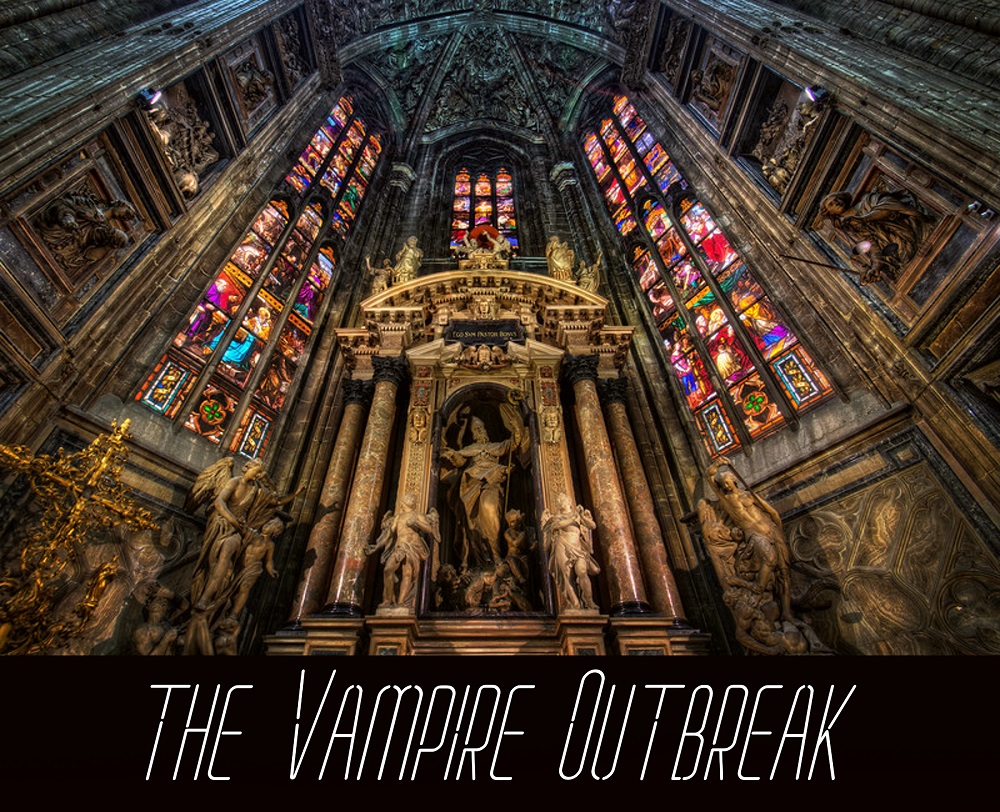 
The new album is exclusively released for Patreon fans only, with singles being released over four months beginning Halloween 2021.


Dioneesus, a Pittsburgh-based artist, introduces his third album titled ‘The Vampire Outbreak’. The third album is exclusively available only for Patreon fans at www.patreon.com/dioneesus. “The Vampire Outbreak album is a journey of self-acceptance, redemption, standing up for your beliefs, and the temptations and rollercoaster nature of modern life through the lens of the two main protagonists, Vampires.” Said Dioneesus, Pittsburgh singer-songwriter, music arranger, and producer.

‘The Vampire Outbreak’ album is published through Dioneesus’ deal with SESAC. It consists of thirteen songs with captivating lyrics and mesmerizing musical composition. The songs include; ‘Vampires Intro (Prologue)’, ‘The Moon is Our Sun Pt 1’, ‘Psychic Vampires Pt 1’, ‘Vampires in Ambulance’, ‘Psychic Vampires Pt 2’, ‘Healing’, ‘Eyes’, ‘Eyes Outro’, ‘Cancelled at the Stake’, ‘On the Run’, ‘Finale Found Myself’, ‘The Moon is Our Sun Pt 2’, ‘Vampires Outro (Epilogue)’.

The album ‘The Vampire Outbreak’ showcases Dioneesus’ enhanced & robust lyrical craftsmanship blends with musical versatility in a stunning array of content, including ‘Canceled at the Stake’. The song is a tale of 2 vampires being burned at the stake by an angry canceling mob and a flamboyant judge that mocks the vampires for not sticking to the “new wave standards” of Western culture. The album sounds like the work of an independently evolved artist not afraid of stepping outside the box and pursuing more radical ideas through a score of multiple genres and musical dimensions.

Dioneesus is a breakout artist based in Pittsburgh, PA. Dioneesus produced, wrote, and arranged most of the album. His latest album, ‘The Vampire Outbreak,’ is a limited release album and exclusively only for Patreon fans. Some notable tracks include Psychic Vampires Part 2, Healing, Canceled at the Stake, Eyes and the Moon is Our Sun Part 1. For more information about Dioneesus’ latest release, please visit www.patreon.com/dioneesus or https://www.instagram.com/dioneesusmusic/.

Hire an expert to write a paper for you at writers per hour.
Go to Assignmentgeek.com and get your homework done.
There is no better press release writing company as 123 term papers.