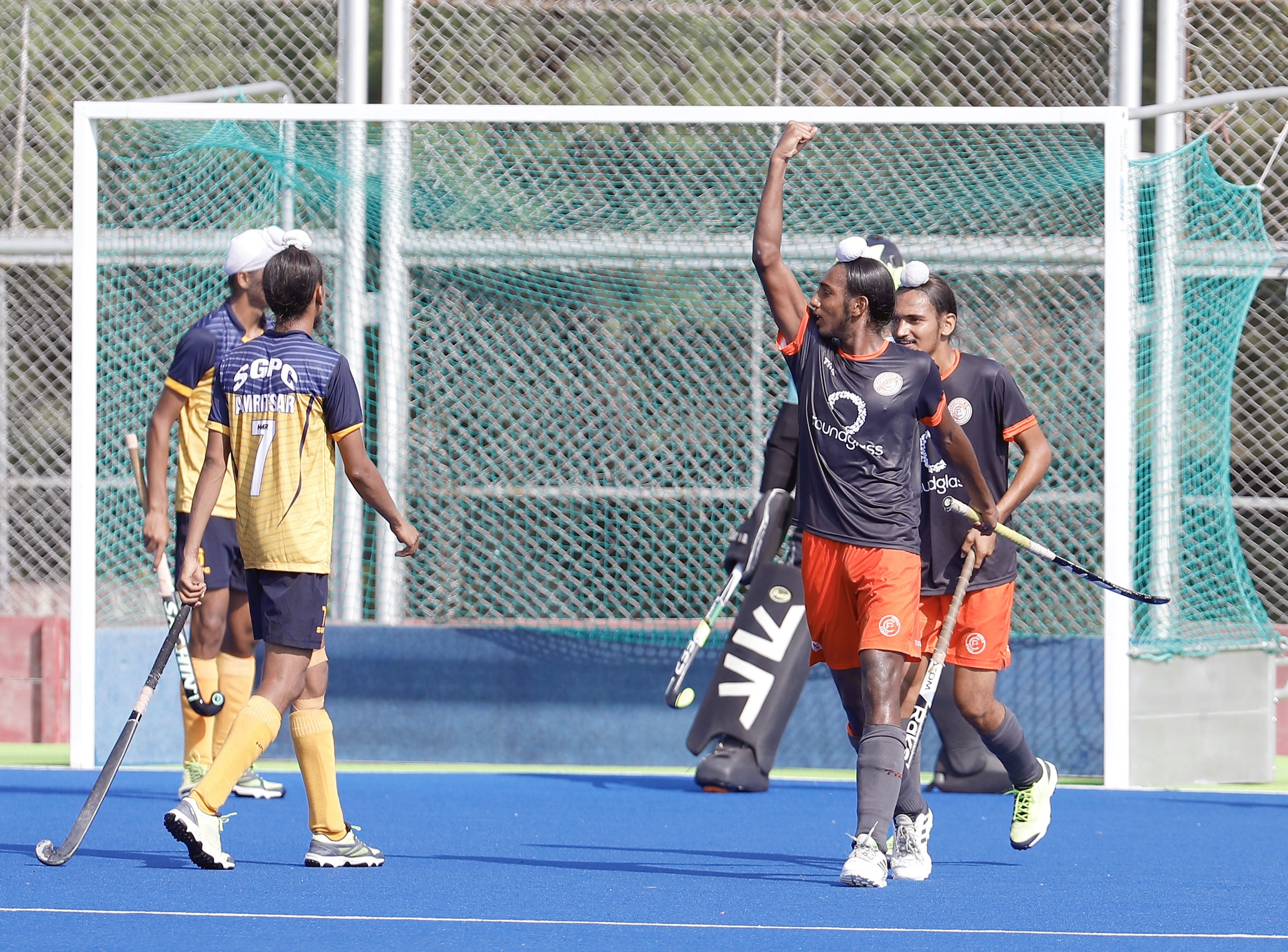 
Mohali, October 21: RoundGlass Punjab Hockey Academy put on a splendid show to finish third at Hockey India’s inaugural Sub-Junior Men Academy National Championship 2021. The team won its bronze medal play-off against SGPC Hockey Academy on October 13 by a 5-1 margin, registering a place on the podium in its maiden participation at a national-level tournament.

Scoring a total of 36 goals across five matches, RoundGlass Punjab Hockey Academy sailed through to the knockouts courtesy of comprehensive victories against Citizen Hockey XI (19-0) and Mata Sahib Kaur Hockey Academy (6-0) in the pool stage. The tournament featured 24 teams from across India, featuring the best talent in the country at the sub-junior age-group level.

Playing their inspiring brand of hockey, the team continued its fine run to defeat Sports Authority of India Academy 4-1 in the quarter-final. The semi-final saw the side go down fighting to Odisha Naval Tata High Performance Centre (5-2). However, RoundGlass Punjab Hockey Academy’s grit and determination came to the fore as the team came roaring back to clinch victory in the third-place play-off.

Rajinder Singh, Technical Director of RoundGlass Punjab Hockey Academy, said, “We are delighted with the performance of our team. To finish third among the best teams from all over India in our first-ever tournament appearance is special. I congratulate and thank everyone at RoundGlass Sports for their support. We hope to keep building on from here and win more laurels in the near future.”

RoundGlass Punjab Hockey Academy was represented by an 18-member squad, which is sponsored by RoundGlass Sports in line with its mission to inspire children to play hockey to enable their Wholistic Wellbeing and restore Punjab’s legacy in the sport.

RoundGlass Punjab Hockey Academy is on a mission to rebuild India’s passion for field hockey. We tap into hidden pockets of talent across the country and provide international-level infrastructure, equipment and coaching facilities with the aim of developing them into world-class players. The Academy’s training program is underpinned by the principles of Wholistic Wellbeing.

Buy 100% high-quality replica watches with a 2-year warranty and free ground shipping!
Ged Online
Go to Assignmentgeek.com and get your homework done.
Learn about online entrepreneurship at JohannesLarsson.com