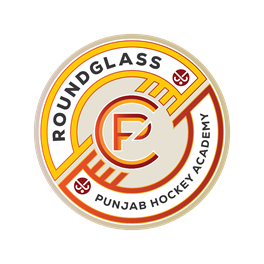 A squad consisting of 18 players will represent the junior team of RoundGlass Punjab Hockey Academy at the competition, with the team being sponsored by RoundGlass Sports as part of its mission to inspire children to play hockey and restore Punjab’s glorious legacy in the sport.

The championship will feature 28 teams from different parts of the country, divided across eight pools for the group phase. RoundGlass Punjab Hockey Academy has been drawn in Pool D, alongside Ghumanhera Riser’s Academy and Mata Sahib Kaur Hockey Academy Jarkhar, Ludhiana.

The highest-placed team from each pool will qualify for the quarterfinals, which are scheduled for October 24, followed by the semi-finals on October 26 and the final on October 27.

Rajinder Singh, Assistant Technical Director of RoundGlass Punjab Hockey Academy, said, “After our strong showing at the Sub-Junior edition of this tournament, we are looking forward to the Junior National Championship now. It is a wonderful opportunity for the players to test themselves against the best academy teams from across India and gain valuable exposure, vital for their development. We wish the team best of luck.”

RoundGlass Punjab Hockey Academy is on a mission to rebuild India’s passion for field hockey. We tap into hidden pockets of talent across the country and provide international-level infrastructure, equipment and coaching facilities with the aim of developing them into world-class players. The Academy’s training program is underpinned by the principles of Wholistic Wellbeing.

RoundGlass Sports is creating opportunities for children and youth to take up and excel in sports such as football, hockey, and tennis in India, underpinned by the principles of Wholistic Wellbeing. Our aim is to channelize their energy and help develop and unlock their full potential. To this end, we’re transforming sports in Punjab and the rest of India by building infrastructure, providing high-quality coaching and training, and cultivating a culture of sports participation through its Academy and Grassroots programs. RoundGlass Sports acquired RoundGlass Punjab Football Club (RGPFC) in the year 2020.

Ged Online
To ensure stability and reachability of your applications at all times, remote DDoS protection can keep your hosting services online
There is no better press release writing company as 123 term papers.
Buy 100% high-quality replica watches with a 2-year warranty and free ground shipping!