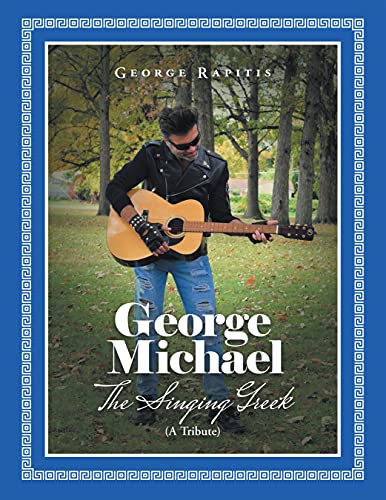 Detroit, MI - USA | October 14, 2021 -- He’s a Doctor of Holistic Medicine and one of the most accomplished chefs and nutritionists in America, and now food mogul George Rapitis has added rockstar to his lists of successes. Over the course of two decades Rapitis has positioned himself as a leading expert in the areas of healthy living, nutritional cooking, and now music. He is the author of fourteen books which have all seen tremendous popularity throughout the food industry and across the world.

Rapitis often attributes his success to his diligent studies and hunger for knowledge that earned him a Master’s of Science in Holistic Nutrition. His vast nutritional knowledge is extremely evident in his authored book series which include: Go Organic: Eating the Organic Way, The Gourmet's Guide to Elegant Foodservice, The Lighter Side of Dark Chocolate, and The Recipe Makeover Diet.

After achieving international success as an author, Rapitis was awarded an opportunity to host his own televised cooking show. Rapitis accepted the opportunity and in 2012 he premiered the Eat Right by George cooking show. The program has the perfect blend of education, innovation, and comedy and quickly became a network favorite. He also launched The George Rapitis Radio Show in early 2013 with the intent of delivering his wealth of knowledge to a listening audience.

In 2021, Rapitis used his notoriety as a launching pad for his other passion, music. In his new book George Michael: The Singing Greek (A Tribute), Rapitis focuses on the great singer George Michael, specifically a performance he did on July 13, 1985 when Michael was seen with Ridgeley onstage at Live Aid. Surprisingly they did not sing as Wham!. Instead, Michael sang "Don't Let the Sun Go Down on Me" with Elton John, while Ridgeley sang with Kiki Dee in the row of backing singers. Two months later, Wham! did it right and released the single "I'm Your Man" which went to No. 1 in the UK charts. George Michael: The Singing Greek (A Tribute) is now available on Amazon in paperback and kindle.