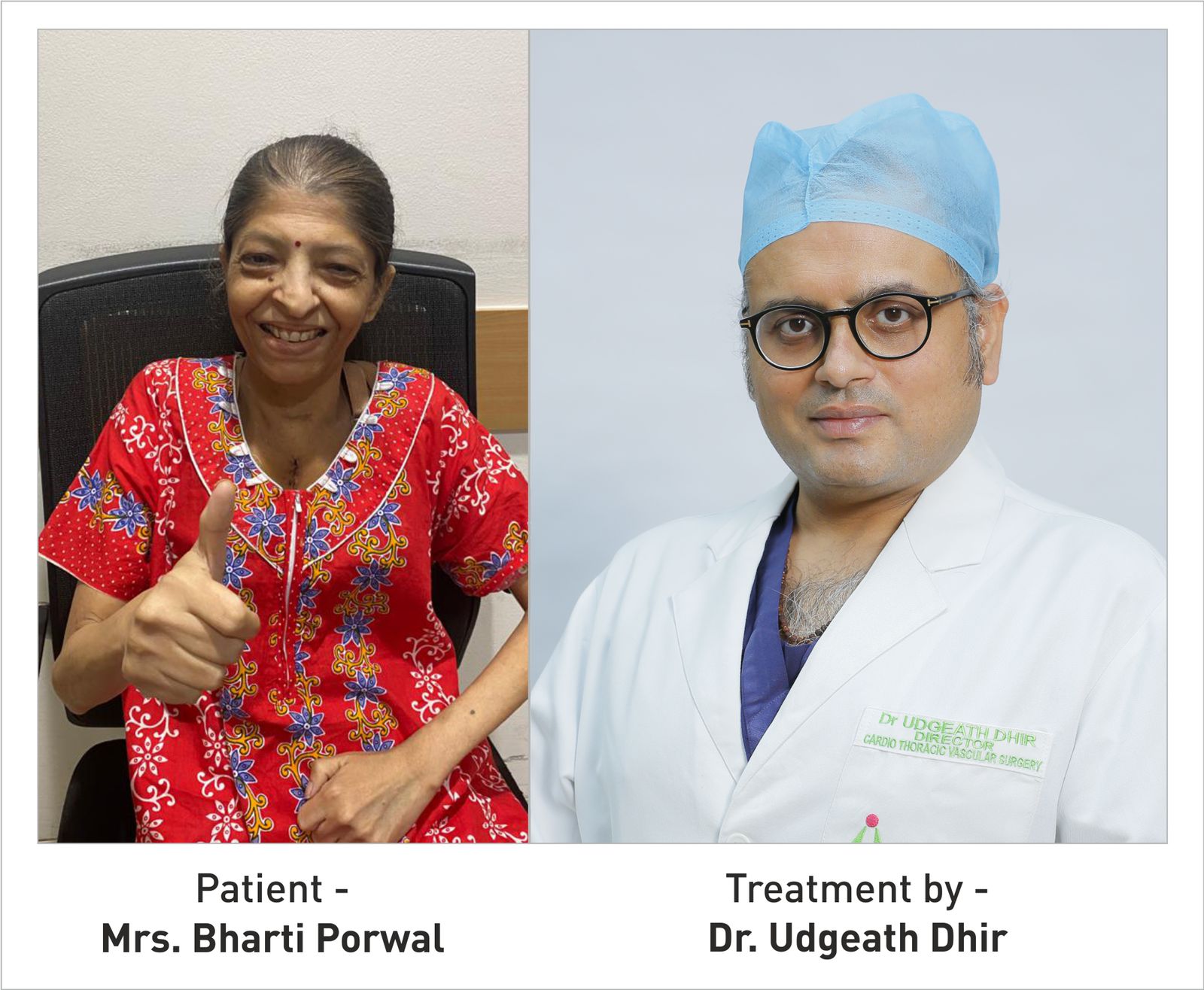 Pertaining to her weight, her body surface area was calculated which was 1.1. Having 90% blockage in all her three main arteries, even mild activities like eating food produced chest pain. This posed a major threat to her life since her condition could not even allow for a stenting. Despite being denied for surgical intervention at many places, she did not lose hope and decided to undergo angiography with persistent complications for over a year and was referred to Fortis Hospital Gurugram.

“Apart from her low body weight the patient had a congenital limb deformity of inability to straighten her hands properly. Also, after an episode of tuberculosis, she was under medication for over a year which had damaged her lung capacity with an FEV1 of less than one. This was a major challenge since FEV1 less than 1.5 poses a major threat for anaesthesia and getting out of the ventilator. Her condition being of highly aggressive nature involving high risk of life, this case posed a major challenge to start with. In order to ensure she do not have a heart attack during the surgery, the team planned diligently by withholding the oral blood thinners and putting the patient on short acting injectable blood thinners. Also an epidural catheter was put to relieve the post-operative pain to avoid the restrictions in breathing.” Said Dr Udgeath Dhir, Director, Cardio Thoracic and Vascular Surgery (CTVS), Fortis Hospital Gurugram

With a possibility of a plethora of complications, the patient was monitored closely and was prepared for the surgery. Since her blood sugar levels shot upto 400, close monitoring for a few days ensured proper stabilization.

“Due to her small size and low blood volume the paediatrics cardiac instruments were used throughout the surgery. While harvesting arterial grafts, one graft from the chest with size of 1 mm was taken and radial artery was not an option due to her congenital condition. So, a vein graft was retrieved from her thighs and not legs, thereby further complicating the situation. Despite being a challenging case, the patients will power and dedication from the complete team we were able to discharge her appropriately.” He added

Coronary artery disease (CAD) is a major cause of cardiovascular death worldwide and India is no exception with the highest rate of CAD patients accounting for over 20% of the global burden. Although TVCAD is less common among young patients (<45 years), poor lifestyle habits are contributing to a rise in such patients. Apart from age and family history, controllable risk factors including increased cigarette smoking, high levels of cholesterol, high systolic blood pressure and diabetes have been noted to raise the risk of atherosclerosis by around 90%. In fact over 20% of diabetic patients may suffer from this condition.

Many such patients with triple vessel coronary artery disease have been successfully treated in the recent times. Patients like these with so many co-morbidities only have 15-20% success rates even in advanced countries like UK and US.