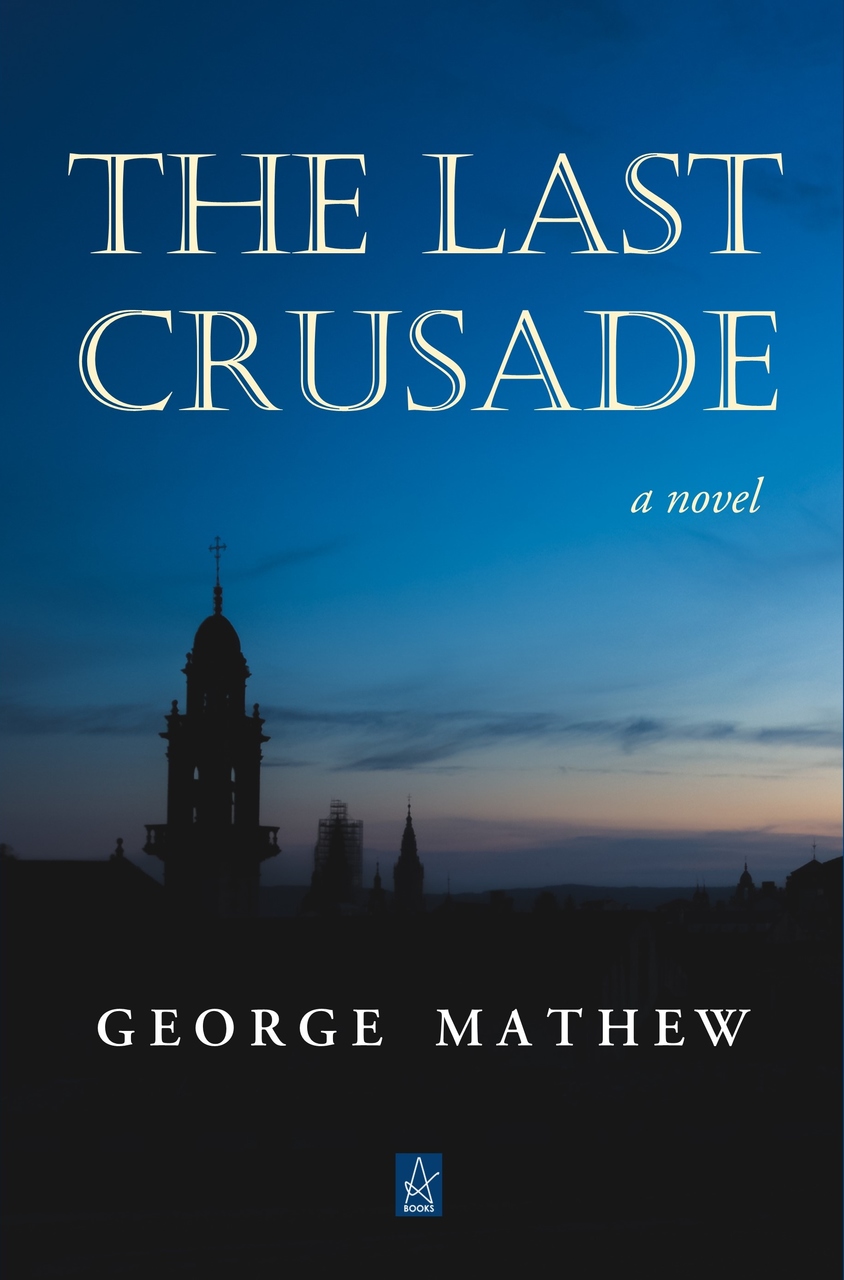 
ADELAIDE BOOKS is proud to present the latest work by George Matthew: The Last Crusade

When an undercover CIA operative is killed in a hit and run accident in Bavaria, her daughter, Ashley and husband, Matt, a decorated Desert Storm vet, are distraught -- and suspicious. With the help of family friend and FBI agent Kareem Khan, Matt and Ashley fly to the Alps to find out what happened… and get justice. What they don't realize is that six powerful and wealthy men from the U.S. and Europe — a Secret Cabal including the VP of the U.S. — are standing in their way. The fanatical crusaders plan to subjugate the populace, create a new world order, and make an ungodly amount of money.

George Matthew was born in India. He majored in English Language & Literature with American literature as an additional option. His first book Murder in Heaven was published by Locksley Hall Publishing, New Delhi. The Last Crusade is his second book. He is now working on his third book, Death in the Jungle, about the murder of an environmental activist in Honduras. George lives in Kenya and is married to Anita and has three children, Reggie, Samantha and Richie.

George Matthew was born in India, the youngest of five sons. His father, working for the Military Engineering Service was constantly transferred to various locations around the country, leading to George being constantly on the move, picking up several languages, cultures, not being rooted to any one ethos and finding it easy to settle into his adopted country, Kenya, where he has been living for four decades now. The moving also ensured he read only in English Medium schools, where the school library with additional titles from the British Council and the United States Information Services (USIS) helped him read extensively and helped create a world view from a very young age.
He majored in English Language & Literature with American Literature as an additional option. So, in addition to English masters like Geoffrey Chaucer and John Milton, George also studied classical American writers like Walt Whitman, T.S.Elliot, Mark Twain, John Steinbeck, Ernest Hemingway, Herman Melville, Edgar Allan Poe, Pearl S Buck, Nathaniel Hawthorne among others. In 1981 when he got his first job as an Advertisement representative of a magazine, George did not want to sell ad’s and asked the Editor to give him a chance to write articles and not pay him if it was not good. Of course, he was published and went on to work a year there. One day while browsing through some old newspapers, George came across an advert seeking for teachers in East Africa. Africa excited George. He knew he had to go. He went for the interview, was hired and in 1983, George left the shores of India and landed in Kenya, where he has resided ever since.
George settled into his new country and life and taught English Language & literature for some years, then switched careers to join various Kenyan, British and American companies as Administrator, Marketing Manager, General Manger and Group Chief Operating Officer. During this period, he traveled extensively in Europe, Asia, America, Africa, Singapore and Australia. He has lived in America for year in Texas and Chicago. He also owns his own company supplying German packaging products across Africa. During this period, he still continued writing and has published several articles for a Kenyan magazine ‘The Executive’. He was stuck inside the Westgate Mall in Kenya, when it was attacked by Al Shabab terrorists. He went on to write about his experience in a local newspaper. His first book 'Murder in Heaven' was published by Locksley Hall Publishing, New Delhi. 'The Last Crusade' is his second book. He is now working on his third book, 'Death in the Jungle', about the murder of an environmental activist in the Honduras.
George is married to Anita and has three children, Reggie, Samantha and Richie


Description of the company: ADELAIDE BOOKS LLC is a New York based independent company dedicated to publishing literary fiction and creative nonfiction. It was founded in July 2017 as an imprint of the Adelaide Literary Magazine, with the aim to facilitate publishing of novels, memoirs, and collections of short stories, poems, and essays by contributing authors of our magazine and other qualified writers.