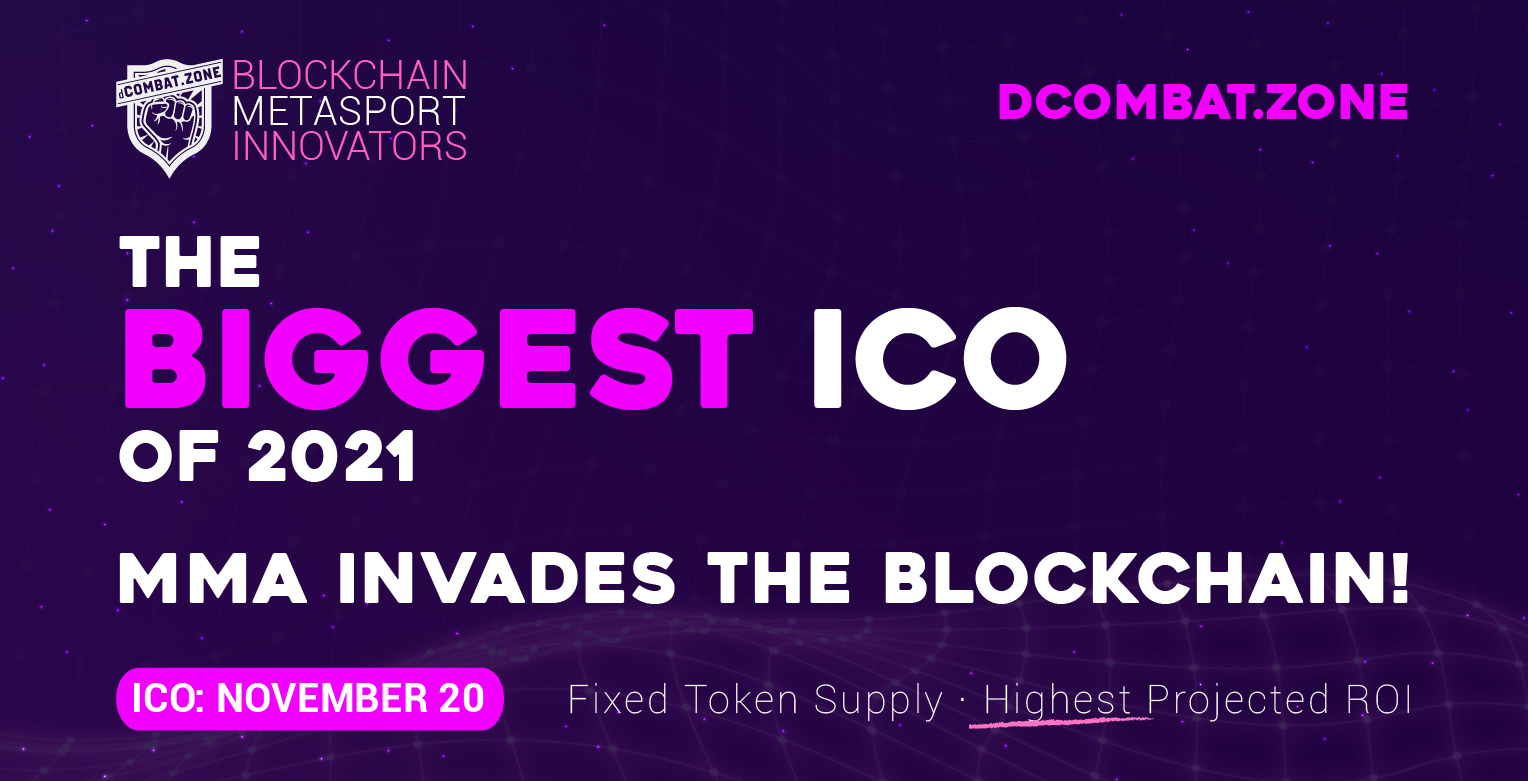 
The crypto startup dCombat, an innovator in MMA sports and blockchain technology, has successfully completed its first round of pre-ICO prospecting.

After launching an airdrop campaign, slots filled up instantly and the positive sentiment continues to thrive. As the startup’s ICO draws closer on November 20, investor interest has grown exponentially as well. Additionally, the project’s leaders have entered into talks with as of yet unnamed venture capitalists to discuss the possibility of an even bigger expansion beyond what the project set out initially. This presents an unexpected yet very positive turn of events.

According to CEO Takatoshi Watabe, any progress will be announced as things come to fruition. dCombat is a highly scalable project and expanding beyond its original framework is an easy task. This sets it apart from many of its competitors who are still tackling scalability issues – something that has marred blockchain technology from the start. dCombat is structured with maximum flexibility in mind. Both the technical and financial aspects are highly adaptable - a feature many big investors have been looking for and now finally found.

Launching the biggest airdrop of 2021 with an amazing 5 million dollars worth of tokens to be given away for free, dCombat is becoming a household name. The project occupies a unique position in both the sports and technology sector as it has created a solution that bridges both of them. This in itself has proven to be a major selling point for investors and speculators alike. With a strong team of developers, the ICO is bound to be a big success not just for the project but for the industry as a whole.

As the final touches are added to the beta version of the platform, dCombat is set to launch it this winter. Three years in the making, the developers are happy to finally bring this ambitious project to completion and release it to be public. The platform consists of an innovative content delivery system that changes both how, where and in what format streaming content is delivered. Moreover, the solution has a built-in trading marketplace for NFTs, native tokens and select protocols from third party projects.

dCombat is structured as a DAO (‘Decentralized Autonomous Organization’). Token holders become direct owners in the project. This makes them eligible to cast votes, proposals and to influence any decisions made in the project. Deemed a major democratization factor in a sector otherwise marked by strict hierarchies, dCombat presents a new paradigm. Now audience and athletes alike meet on the same eye level.

The project’s ICO will start on November 20 and end on December 24, 2021. The token supply is strictly limited and is hard coded into the smart contract – once they sell out there is no option to mint any more.

Investors are recommended to act fast as dCombat presents a unique opportunity to enter a sector still in its infancy. Industry luminaries agree that online sports will grow in tandem with blockchain technology – dCombat is at the forefront of this revolution.

Hire an expert to write a paper for you at writers per hour.
Go to Assignmentgeek.com and get your homework done.
Learn about online entrepreneurship at JohannesLarsson.com