Rajat Bedi will debut as villain in Telugu blockbuster AHIMSA 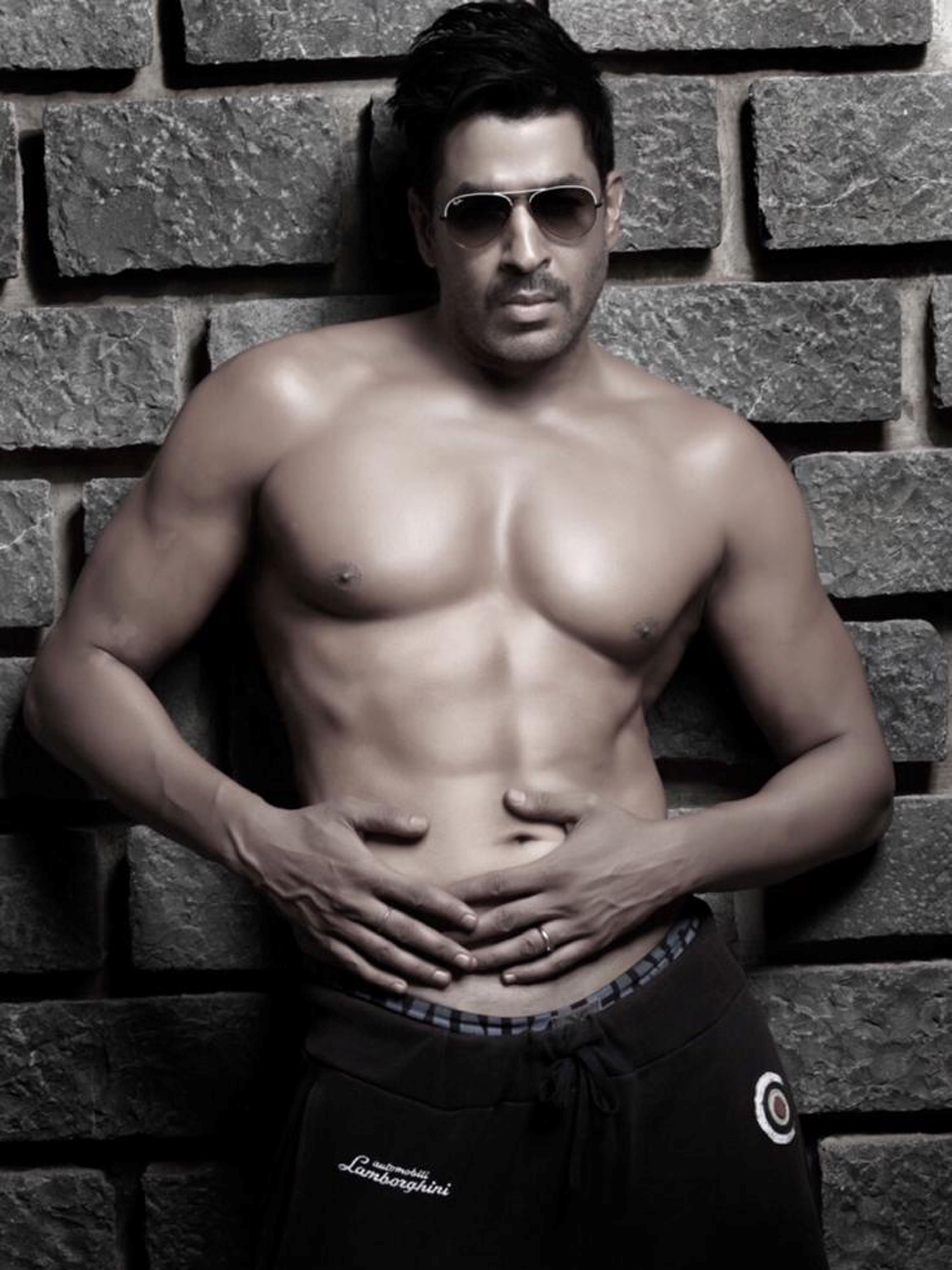 The new film AHIMSA is a youth-oriented love story produced by Anandi Art Creations (P. Kiran) and Sri D. Suresh Babu, one of the biggest producers of South India.

An ‘extremely fighting fit’ and ‘raring to go’ Rajat Bedi says, “Whenever a new actor or star emerges in Telugu films, the villain has always been given due importance and this time it’s me Rajat Bedi. And bagging the main villain’s role opposite Rana Daggubati’s younger brother Abhiram in a Anandi Art Creations (P. Kiran) & Sri D. Suresh Babu’ film directed by Teja sir is a dream come true. Teja sir believes in working with and is known to launch new talent who are superstars now!”

“It’s almost 20 years but people still remember Rajat Bedi as the villain opposite Hrithik Roshan in Rakesh Roshan’s Koi…Mil Gaya. I cannot reveal much about Abhiram’s dream debut but I can definitely say that I shall ensure that Abhiram’s fans hate me and yet adore and respect and remember me for being the villain in his debut film. I shall create history in Telugu films with a villain’s role that will stand out as one of the most powerful ever,” added Rajat Bedi.

Ace director Teja has been honoured with several state awards such as Nandi Awards & Filmfare Awards for Best Director for ‘Nuvvu Nenu’ and other superhit films such as Chitram, Jayam, Nijam, Nene Raju Nene Manthri, etc. Renowned director Teja says, “The strapping six-foot plus Rajat Bedi, who debuted in Hrithik Roshan’s film ‘Koi…Mil Gaya’, went on to do nearly 50 films with all leading superstars such as Akshay Kumar Salman Khan, Shah Rukh Khan, Sanjay Dutt, Sunny Deol, Govinda, John Abraham, Bobby Deol, Suniel Shetty and even Rajinikanth among others. Rajat Bedi has the body, mindset and attitude, face and the voice to make it big as a villain yet again.”

Sridevi Shetty of Kuausmedia, a leading Talent Management Company, who is managing Rajat Bedi and the gorgeous Geethika Tewary, is constantly adding to the plethora of talent being managed by her. Sridevi says, “Rajat Bedi is fast approaching a golden jubilee milestone and we are proud and privileged to be associated with him. Rajat has always been disciplined and professional in his approach due to which he has paired off leading superstars who are still in vogue today. Being the quintessential Punjabi in the film industry, Rajat still looks young and is as fit as a fiddle. As a villain, Rajat brings in his trademark menacing and evil look despite looking innocent and boyish. Rajat will pack a punch as always and make his mark in his eagerly awaited comeback. We are confident that Rajat Bedi will attract many roles as well as brand endorsement and promotional deals due to his striking personality.”

Rajat Bedi is keen to make a comeback as he sees major difference in the Indian film industry now. “I always felt incomplete staying away from the Indian film and entertainment industry as this is where I belong! The timing is perfect now – the emergence of multiple platforms such as OTT, cable and satellite television, DTH and online digital formats are coinciding with new talent who are telling different stories and presently them in a daringly different manner. Besides acting, I plan to venture into production and will soon set up a production house in Mumbai,” says Rajat Bedi

Rajat, who is a sports enthusiast, has always been into sports such as basketball, kabaddi and hockey. He has been a keen participant in sports and entertainment league formats. He likes the way non-cricket sports are being promoted now in India with the support of people from the entertainment world.

Rajat Bedi will definitely create an impact in Telugu films, which are popular because of their villains as seen from names (many from Hindi film, entertainment and fashion industry) such as Sonu Sood, Tarun Arora, Mukesh Rishi, Ravi Kishan, Ashish Vidyarthi, Ashutosh Rana, Sayaji Shinde, Prakash Raj, Pradeep Rawat (Ghajini), Sharad Kelkar and Thakur Anoop Singh among others.

To ensure stability and reachability of your applications at all times, remote DDoS protection can keep your hosting services online
Buy 100% high-quality replica watches with a 2-year warranty and free ground shipping!
There is no better press release writing company as 123 term papers.