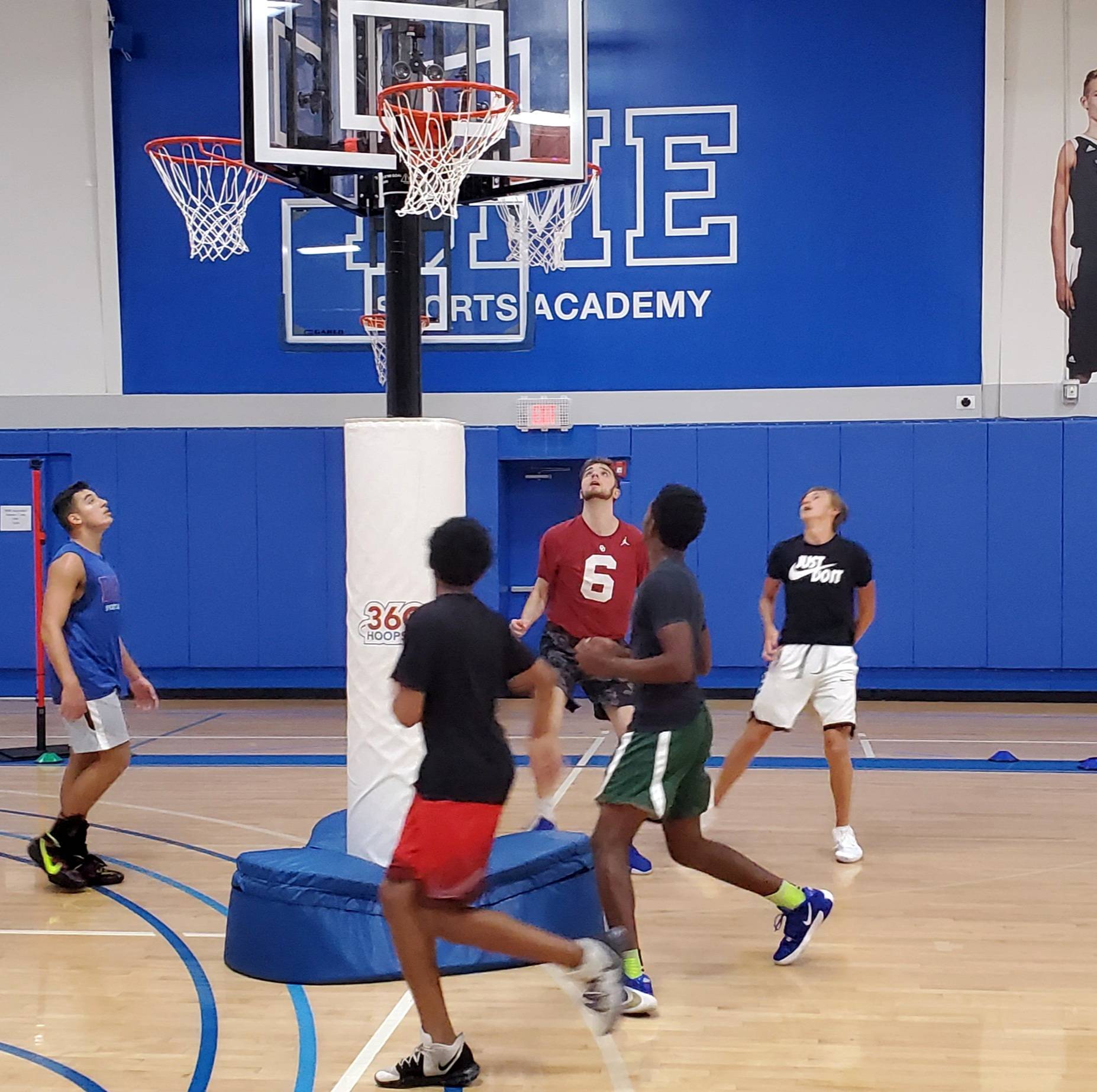 
360 Hoops announced that registration is now open as teams of boys and girls in grades 5-12 will compete in the 360 Hoops Rock Hill Youth Invitational at Rock Hill Sports & Event Center on Saturday and Sunday, October 9-10. Action on six championship courts will take place both days, showcasing 360 Hoops, the patented three-on-three version of basketball which features a patented circular court and three connected baskets and backboards attached to one pole.

Teams of four players in the boys and girls grades 4-6, 7-8, 9-10 and 11-12 categories are invited to register to compete. Registration will continue until full brackets in each age group are reached. Register at: http://app.play360hoops.com/tournament/360-hoops-rock-hill-invitational. Team registration is $125 and each team is guaranteed three a minimum of three games.

Friday, October 8, will be “open gym” day for players to practice on the unique three-hoop baskets and court, with bracket-format competition set for Saturday and Sunday.

Fans will be able to watch all of the 360 Hoops Rock Hill Invitational competition live in person at Rock Hill Sports & Event Center (326 Technology Center Way).

“The 360 Hoops Rock Hill Youth Tournament will introduce young players to our fast-paced, exciting three-basket concept, and will showcase our unique version of the sport for parents and fans ,” said 360 Hoops CEO Archie McEachern. “Every player stays involved, with an emphasis on movement, teamwork and athleticism, and we can’t wait to see these kids show the many benefits of our patented hoop and unique brand of the game.”

“We have been continuing to develop the 360 Hoops unit and the game and we can’t wait to see it played out live for all competition levels,” said 360 Hoops co-founder Shane Brey. “This is only the beginning as we are planning more events to highlight the game.”

360 Hoops, the brainchild of Brey and fellow co-founder Anthony Gomez, is an exciting, inclusive addition to the shape of basketball at all levels, incorporating a three-on-three, three-basket game played on a circular court. Teams compete on the circular court, which features a proprietary single stanchion with three regulation baskets facing away in each direction. Players can score for their teams in any of the three baskets.