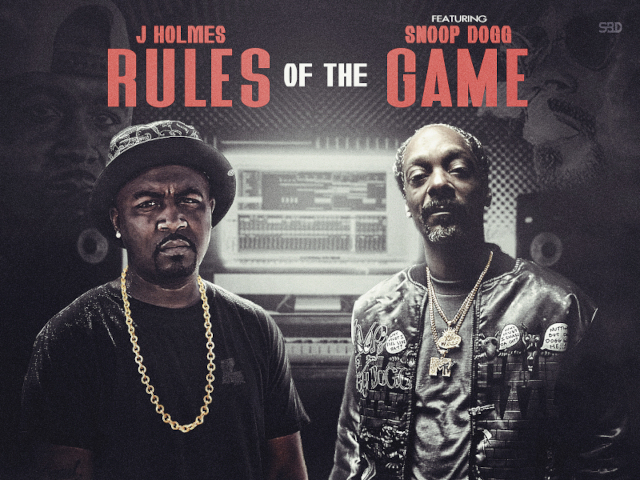 
Dallas, TX, Sep 1, 2021 -- J Holmes, an independent artist from Louisiana, entered a contest setup by Snoop Dogg, Anno Domini and Legion Beats with thousands of other artist last year in February 2020. J Holmes’ song titled “The Sit Down” came in first place winning J Holmes an exclusive feature with Snoop Dogg on his next single.

J Holmes’ new single “Rules of the Game” featuring Snoop Dogg, released on August 20, 2021. J Holmes has released other singles such as “Cashews”, “Wake Up” and “Tell me How to Flex”. J Holmes has also release three studio albums; “The Last Samurai”, “The Return of the Savage”, and his most recent release “Changes”. Available on all streaming platforms.

About J Holmes:
J.Holmes Aka "The Flamethrower" Aka "The Hip-Hop Syphilis" Aka "The Rhyme Raptrilaquist", was born in Zachary, Louisiana. He moved to New Orleans, LA in 2000 where he got his first taste of Jazz music. Shortly before hurricane Katrina in 2005, he moved to Fairfield, CA. California was where he got his first taste of the West coast music world. In 2012, Holmes moved to the Dfw Texas area where he resides now. Coming up as a kid his main rap influences were Method Man, Nas, Scarface, The Hot Boys, Wu-Tang Clan, The Fugees, Jay-Z and Lil Wayne. His music contains on point lyrics, banging beats and lots of story telling!!!.