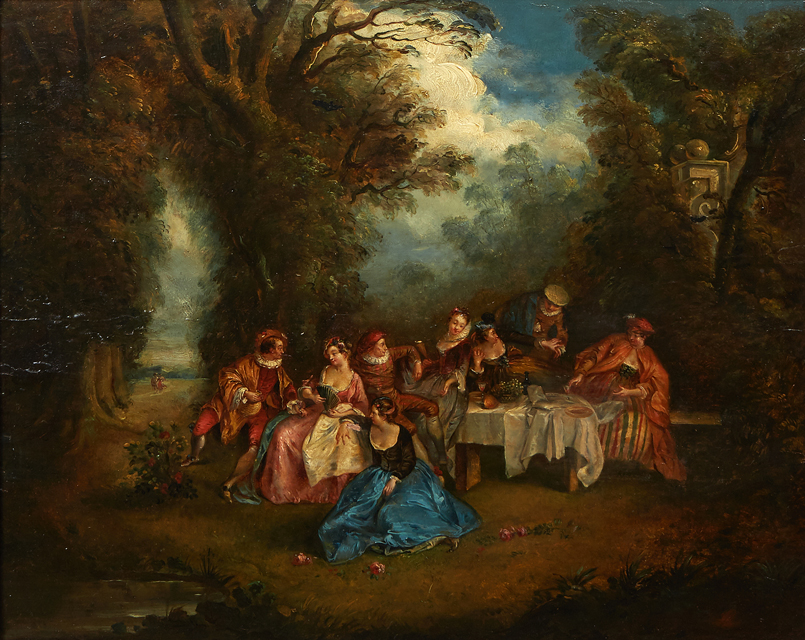 
New Orleans, LA, USA, August 26, 2021 -- Crescent City Auction Gallery will greet the busy fall season with a two-day Important September Estates Auction on Saturday and Sunday, September 11th and 12th, starting at 10 am Central time both days. More than 800 lots, pulled from prominent estates and collections, will come up for bid, online and live in the gallery located at 1330 St. Charles Ave.

A Newcomb College art pottery Moon and Moss matte glaze baluster vase, crafted in 1921 by Anna Frances Simpson, 10 inches tall by 6 inches in diameter, is expected to change hands for $4,500-$6,500. Also, a pair of French bronze and alabaster 12-light chandeliers from the late 19th century, 42 inches in height and 39 ½ inches in diameter, has a pre-sale estimate of $800-$1,200.

American furniture will be highlighted by a gorgeous mid-19th century rococo carved mahogany four-poster bed, 90 inches tall by 61 inches wide and 75 ½ inches deep (estimate: $800-$1,200); and an iron and brass vanity and stool, matching double bed and an ebonized iron and brass floor lamp, by the New Orleans artisan Mario Villa (1953-2021) and being sold as three separate lots.

Original artworks by noted New Orleans and other regional artists are a staple at most Crescent City auctions, and this sale will be no exception. In addition to the aforementioned paintings by Clementine Hunter, the auction will also feature an untitled oil on canvas by John T. Scott (New Orleans / Houston, 1940-2007), from the artist’s The Slum Series (estimate: $4,000-$8,000).

Other paintings by renowned artists from the area will include the following:

Internet bidding will be provided by LiveAuctioneers.com, Invaluable.com and BidSquare.com. Absentee and phone bids will be accepted until 1 pm Central time on Friday, September 10th. A 25 percent buyer’s premium will be applied in-house (three percent discount for cash or check). A printed catalog is available; call 504-529-5057 or email info@crescentcityauctiongallery.com.

For more regarding Crescent City Auction Gallery and the two-day Important September Estates Auction slated for the weekend of September 11-12, visit www.crescentcityauctiongallery.com.

Ged Online
Buy 100% high-quality replica watches with a 2-year warranty and free ground shipping!
To ensure stability and reachability of your applications at all times, remote DDoS protection can keep your hosting services online