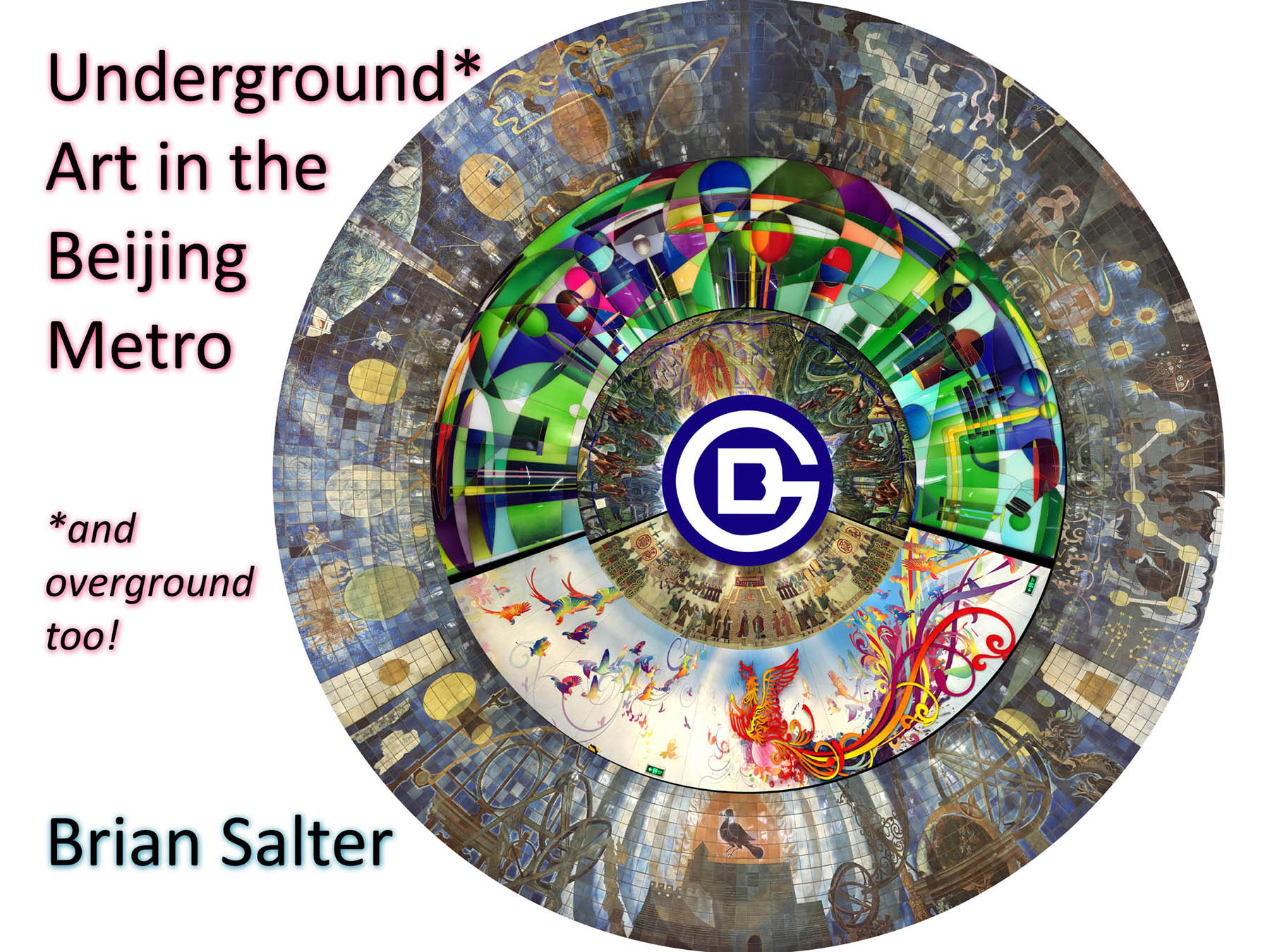 
A British man – Brian Salter – has spent months recording the plethora of artwork to be found on Beijing’s Metro (Subway) system, and has now produced an eBook detailing it all.

The Beijing subway is the busiest in the world and currently the second largest (after Shanghai), with 24 lines and 428 stations, over half of which contain artwork.

Salter – who worked in the Chinese capital for seven years – would, in his free time, jump onto an underground train and record everything in each of the stations and lines. "Over the course of about three months, I took photographs of just about anything that could possibly be categorized as art, slowly ticking off each station as I visited it."

The project was time-consuming and in order to capture every piece of artwork, some of which were on the platforms, others in the entrance halls, or down some of the corridors linking different lines at interchange stations, Salter had to explore each and every station on the network. To get a clear view of the artwork, he often had to wait for all the passengers to walk past, which could take a lot of time in the crowded passageways. "The worst was the Beijing Zoo station, which I had to visit late in the evening when all the kids had gone home for the night," he recalls.

Salter found that behind the names of the metro stations were historical stories about the city that link the theme of the artwork to the station. For example, Zhangzizhong station on Line 5 is the only station in the whole metro system that is named after a person – a famous military general that fought to his death during the War of Resistance against Japan (1937-1945). Works in other stations illustrate some of the trades or famous places or events that occurred locally.

Not all of the stories behind the artwork were obvious. The newer stations now often carry a small plaque giving information about the artist and the background to the piece of art. But the majority involved a lot of research. “Since my Chinese is very limited,” Salter admits, “I would use computer translation engines to help me search in Chinese on the web. Much of the information simply wasn’t available in English.”

Some of the seemingly easy questions were the most difficult to answer, he found. “For instance, why are Dongzhimen and Xizhimen stations called by those names,” he continued. “‘Dong’ and ‘Xi’ mean ‘east’ and ‘west’ respectively; ‘men’ means gate. But what does ‘Zhi’ (straight, upright or direct) represent?"

The best lines for artwork, in Salter’s opinion, are 4, 6, 7 and the western side of 10. One of his favorite pieces is located in Zaoyuan station (Daxing Line) and is called Pastoral Sonata, which he says has to be one of the most stunning pieces of art in the entire Beijing Subway system. "The 33-metre-long piece made by the cloisonné process makes the entire image almost jump out from the wall," he explained.
Other recommendations include Gongzhufen's (Line 10) ‘Birds toward the Phoenix’, an allegory about women (traditionally emperors were thought of as dragons, while their first ladies were phoenixes) and the artwork in Chedaogou (Line 10), where four small murals blend pictures of a horse and foal, a lion, deer and birds with matching brass footprints cleverly blended into the floors.

It wasn’t long before Brian Salter found he had become the expat expert on the entire Beijing Subway network, and many of his Chinese colleagues would ask his advice and recommendations about anything to do with travel in the capital. China’s most-read English language daily, Global Times, even filled three pages about him photographing the artwork in the stations.

ENDS
Notes to Editors: Sample pages of the book can be viewed at http://www.simbacom.com/subart/.

If you would like a book for review, or high-res pictures to accompany any article, please contact brian.salter@infcomms.com.

Ged Online
Go to Assignmentgeek.com and get your homework done.