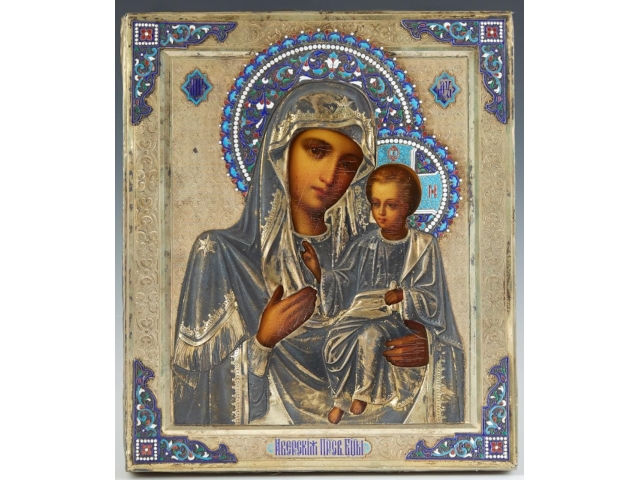 A 19th century American-made gilt and gesso Rococo Revival figural over mantel mirror set on a later white marble base, having an overall size of 96 inches tall by 75 ½ inches wide, is expected to gavel for $3,000-$5,000; while an American spelter slag glass lighted base lamp, probably Edward Miller, 21 inches tall, should knock down for $500-$900.

A circa 1940 44-piece Stieff sterling flatware service in the “Williamsburg Queen Anne” pattern, having a total weight of 53.75 troy oz., is estimated to ring up $1,000-$2,000. Also, a silverplated epergne/centerpiece, together with a silverplated circular mirror plateau, with relief fruit and scroll decorated rims (two pieces) should hit $400-$800.

French furniture, a staple at nearly every Crescent City auction, will feature the following examples:

Live, in-person bidding, as well as exhibition previews, will be held by appointment only, in the Crescent City gallery located at 1330 St. Charles Avenue in New Orleans. Previews are being held daily (except on Sunday) and started July 8th. A Saturday, July 10th preview will be held from 9 am -1 pm. To schedule an appointment for live gallery bidding on auction day, or for a preview, call 504-529-5057, or, you can send an email to info@crescentcityauctiongallery.com.

Internet bidding will be provided by LiveAuctioneers.com, Invaluable.com and BidSquare.com. Absentee and phone bids will be accepted until 1 pm Central time on Friday, July 16th. A 25 percent buyer’s premium will be applied in-house (three percent discount for cash or check). A printed catalog is available; call 504-529-5057 or email info@crescentcityauctiongallery.com.

For more regarding Crescent City Auction Gallery and the two-day Important Summer Estates Auction slated for the weekend of July 17th and 18th, visit www.crescentcityauctiongallery.com.