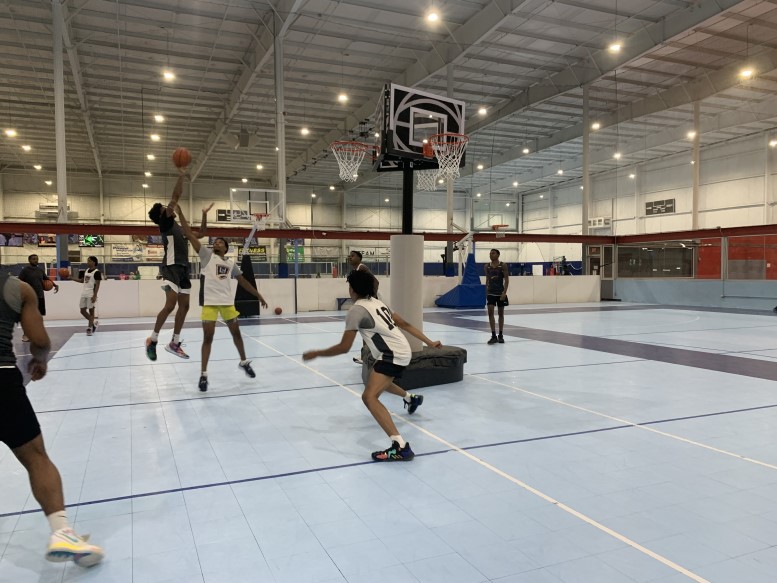 
360 Hoops today announced that 12 teams of top men’s and women’s players will compete in the 360 Hoops Orlando Invitational at the main gymnasium at O.C.P.S. Academic Center for Excellence (701 W. Livingston St., Orlando) on Wednesday, July 21. Action on two championship courts will take place from 6-10 p.m., showcasing 360 Hoops, the patented three-on-three version of basketball which features a 17’ radius circular court and three baskets and backboards, all in play on every possession.

The event is held in conjunction with A.C.E. League Orlando (www.aceleagueorlando.com), whose mission is to bring high level basketball players throughout the city of Orlando to one centralized location. Teams of four players will compete in both brackets, with $5,000 total prize money offered to the champions.

Admission is free for fans to attend at O.C.P.S.A.C. (https://ocpsace.ocps.net). Select contests, including the championship game, will be broadcasted via national and regional networks and streamed at the 360 Hoops YouTube channel.

“The 360 Hoops Orlando Invitational will introduce fans to our fast-paced, exciting three-basket concept, both in person at O.C.P.S.A.C. and on television,” said 360 Hoops CEO Archie McEachern. “Our version of basketball keeps every player involved, emphasizes movement and teamwork and athleticism, and we are excited to see players compete in Orlando to show the many benefits of our patented hoop and unique brand of the game.

“Additionally, we are pleased to be working with A.C.E. League Orlando on this event, ensuring a high level of competition to show the great potential of 360 Hoops and how we are changing the shape of the game,” added McEachern.

“We have been continuing to develop the 360 Hoops unit and the game and we can’t wait to see it played out live with these great men’s and women’s athletes,” said 360 Hoops co-founder Shane Brey. “This is only the beginning as we are planning more events to highlight the game.”

360 Hoops, the brainchild of Brey and fellow co-founder Anthony Gomez, is an exciting, inclusive addition to the shape of basketball at all levels, incorporating a three-on-three, three-basket game played on a circular court. Teams compete on the circular court, which features a proprietary single stanchion with three regulation baskets facing away in each direction. Players can score for their teams in any of the three baskets.

About A.C.E. League Orlando
A.C.E. stands for Aspirations Can Empower, which to us means that this league is a platform to help empower each young individual to tap into their hidden potential so that they can strive to be the greatest they can be. Inspired by the Drew League, our mission is to bring high level basketball players throughout the city of Orlando to one centralized location. We believe Orlando is home to the best athletes across America.

This league is designed to be an exciting, competitive outlet to show younger generations that the impossible, is possible. Gathering all types of players from the NBA, overseas and college, to local legends. Our mission is not only inspire local children to pursue their dreams, but also bring entertainment back to the city!