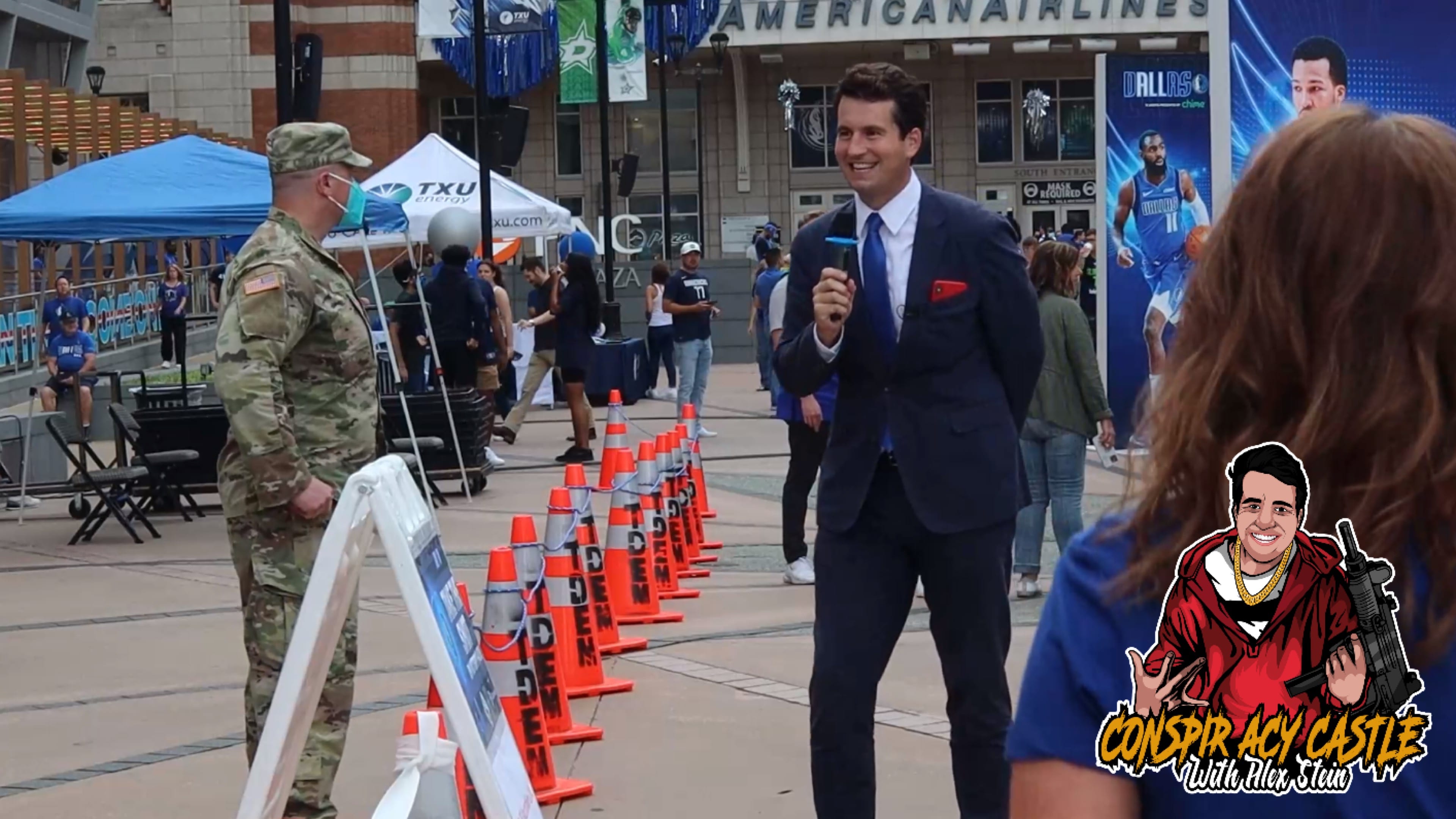 
Dallas, TX (June 15th, 2021) - Conspiracy Castle strikes again! Renowned talk show host Alex Stein from the popular talk show Conspiracy Castle recently met with a couple of Fox News hosts and a cameraman to inquire about their recent far left leanings that beats even the ones on the far left for years now.

As it can be seen, what could have been a genuine interview turned out to be a confrontational one with the cameraman lashing out at Alex from the first sentence he uttered. "Yeah man, come on. This is a live show. People are seeing you live. You really want to do that", Alex can be heard asking. Alex can also be seen turning the camera and mike to the news reporters when they uncharacteristically turned away, refusing to answer.

"They are from the media. At least they should know the importance of answering critical questions and a free and fair media. But it seems like they have cast all of their values to the flames", rued Alex about the state of media, and Fox News especially. He trolled them hard for their holier-than-thou behavior and for acting like they owned public property and can dictate where he can or cannot stand or work.

Fox News, which is owned by Disney now, is accused by many long-time fans of having taken a turn at the hard left from center right. The only saving grace at the channel is Tucker Carlson, who replaced long time host Megyn Kelly and brings an unprecedented number of eyeballs and revenue and has single-handedly kept Fox News at the number 1 position.

"Friends, we are going to keep exposing people who think they can take the residents of Dallas, TX and citizens of the United States of America for granted. Keep watching Conspiracy Castle on Tik Tok and YouTube for more of your favorite content!", said Alex Stein, host of Conspiracy Castle.

About:
Conspiracy Castle is a talk show host based in Dallas, Texas. It is hosted by Alex Stein. He shares and discusses many interesting videos that can be found on his Tik Tok and YouTube Channel.