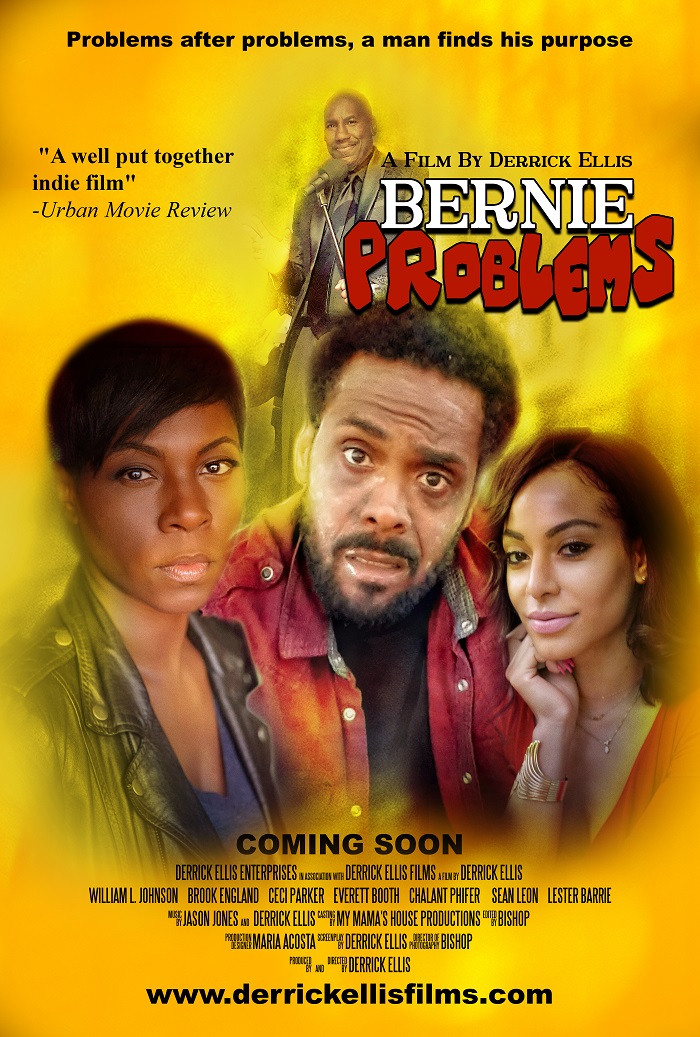 
Los Angeles, CA (June 12th, 2021) - Legendary filmmaker Derrick Ellis is all set to release his new project, Bernie Problems this summer or fall of 2021. This latest creative offering from the top star in the independent circuit is set to be his directorial debut. He is a comedian, an author, an actor, a screenplay writer, Movie Producer and a filmmaker — and is popular for his versatility.

In a scintillating career that spans four long decades, he has given independent cinema many comic acts, praiseworthy and insightful acting, a large number of book recommendations and an exclusive, dashing, saucy and voguish fashion line that is designed by Derrick Ellis himself! Having spent so much time in front of the camera, he is a filmmaker to look out for in the world of entertaining Indie Film movies.

Written, produced and directed by Derrick Ellis himself, Bernie Problems revolves around an alcoholic turned lecture circuit speaker who is fighting tooth and nail to keep his success without relapsing, and a love affair threatening to go awry. Starring the brilliant William L. Johnson (Blue Hill Avenue) in the titular role, the ultimate question cinema lovers will have to find out is if Bernie will go back to his old habits and destroy himself completely or will he be able to get down on his knee and put the ring on his lover's finger.

Also co-starring the amazing Brook England and CeCi Parker in powerful and challenging roles, Bernie Problems is a movie about addiction, faith, hope and love that together make a superhuman attempt in keeping fledgling habits, intentions and relationships together.

"The moment I saw the script, I knew I had to showcase this to the audience. When I envisaged the climax in my head, I wept. Yes, that's true. And I'm not a weeper. This film shows that the more we are technologically progressing, the more we are habitually regressing. We are so impulsive that we don't even think twice before hurting anyone, including our own selves. Bernie Problems explores all of those personal and societal challenges that only an immense amount of hope, love, faith and prayer can heal. This fall, we are bringing you something more than cinema. We're bringing you Life. Bernie Problems — coming soon to the theaters near you", said Derrick Ellis.

About:
Derrick Ellis is a prolific actor, comedian and producer who has had a splendid 4 decade career in front of the camera in comedy and other facets of the cinematic world. Bernie Problems is his directorial debut and is scheduled to release this Summer or Fall