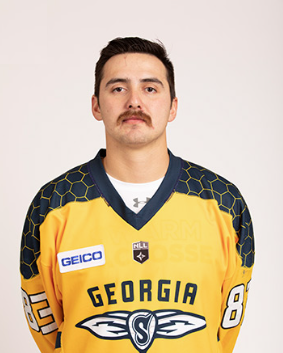 
The National Lacrosse League (@NLL), the largest and most successful professional lacrosse property in the world, has long been a leader in championing the awareness of Indigenous Peoples and their crucial role in the continued growth and development of their native sport of lacrosse. In that continued spirit and in conjunction with June’s Indigenous History Month in Canada, the league is proud to announce today’s launch of a pop artist initiative featuring three standout Indigenous pop artists and a player discussion with Georgia Swarm forward Randy Staats, highlighting and celebrating their contributions to the sport and authentically representing unity and inclusion.

The league has commissioned artwork by Yul Baker, a former Rochester Knighthawks player and champion and Squamish Nation citizen residing in West Vancouver, B.C.; Tracey Anthony, owner and operator of Vision Artworks of Six Nations / Delaware / Mississaugas of the Credit First Nations; and Jordan Thompson of Mohawk Art & Design, a citizen of Haudenosaunee Confederacy on the U.S./Canada border. Beginning today and rolling out throughout the month, the NLL will feature the artwork highlighting the artist’s unique journeys and stories via its digital platforms and social media. NLL fans can enter to win custom prizing with the designs throughout the month of June by entering at NLL.com.

Staats participated in a candid conversation with the league on the history of Residential Schools and how they impacted the Indigenous populations across Canada, raising awareness of this important history of these people. As one of the native players within the NLL, Staats will look to highlight the league’s efforts to raise awareness of systemic issues facing these populations as well as the strides made among this community.

Tewanee Joseph, member of the Squamish First Nation and CEO of Tewanee Consulting Group, will host interviews with the artists and coordinate communications efforts surrounding the program. In one of his many accomplishments delivering key partnerships, Joseph negotiated the first licensing agreement to recognize Indigenous artwork as part of the 2010 Olympic and Paralympic games in Vancouver.

“The contributions of Indigenous Peoples to the development and maintaining the enduring traditions of the ‘Creators Game’ is epic. We are honored and proud to work together for the continued success of lacrosse shinning a light on the immense contribution by Indigenous Peoples on the game,” said NLL Commissioner Nick Sakiewicz. “Yul, Tracey, and Jordan have created unique pieces that capture their unbreakable bond with the sport, and Randy is one of the league’s most outstanding individuals. We couldn’t be more proud to be featuring these beautiful works of art as well as Randy’s interviews, all reflecting our core values of unity, inclusion and character.”

For the most up to date information and breaking news, sign up for the NLL newsletter at NLL.com. Also follow Deputy Commissioner Jessica Berman and Commissioner Sakiewicz on Twitter @JessicaBerman1 and @NLLcommish, respectively.

About the National Lacrosse League