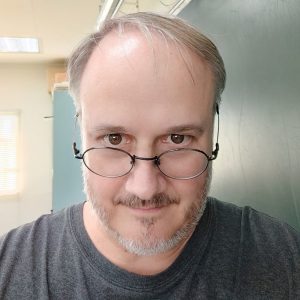 With the new title, Daniel will continue to develop his responsibilities in content acquisition and editing. The narrowed defining of a specific role in the company is in recognition of the continued expertise he brings to the magazine. The move to focus his title will allow for the company to recognize more roles and departments, opening doors for other staff members to aid in accelerating the success of the magazine.

When the pandemic hit early in 2020, and the market for entertainment news was reduced, due to increased unemployment and limited financial resources of the average consumer, Daniel made the significant decision to make available all content online to benefit and aid those with the aspiring drive to create art and be a part of the entertainment industry. During this pivot, the magazine moved strongly toward a focus on the process behind artistic creation, giving people tips and advice on how they could make money from art without leaving home.

During the drive to acquire content for the magazine, Daniel brought in a variety of notable celebrities and influencers to share a behind-the-scenes look at how things get done in the entertainment industry. Daniel's work for the magazine lead to numerous interviews with key people who clearly understand the roadmap to success in the arts, such as:


Daniel Scott White has a BA in Communication from Columbia College in Chicago and an MBA degree from National Taiwan University. For more than 35 years he’s been working with and coaching talented artists. From music to books to movies, he’s often eager to engage with creative people and promote them.

Mythaxis Review is a cutting edge publication that seeks to present art and artists at the axis of curiosity and the energetic core of the creative act. The magazine is strongly focused on entertainment news related to the arts and the relative technology behind the arts. The content is aimed at being a how-to guide, giving insights into the inner workings of the industry in the form of both articles and interviews provided by highly talented people who have made a significant mark in the fields of art and entertainment.