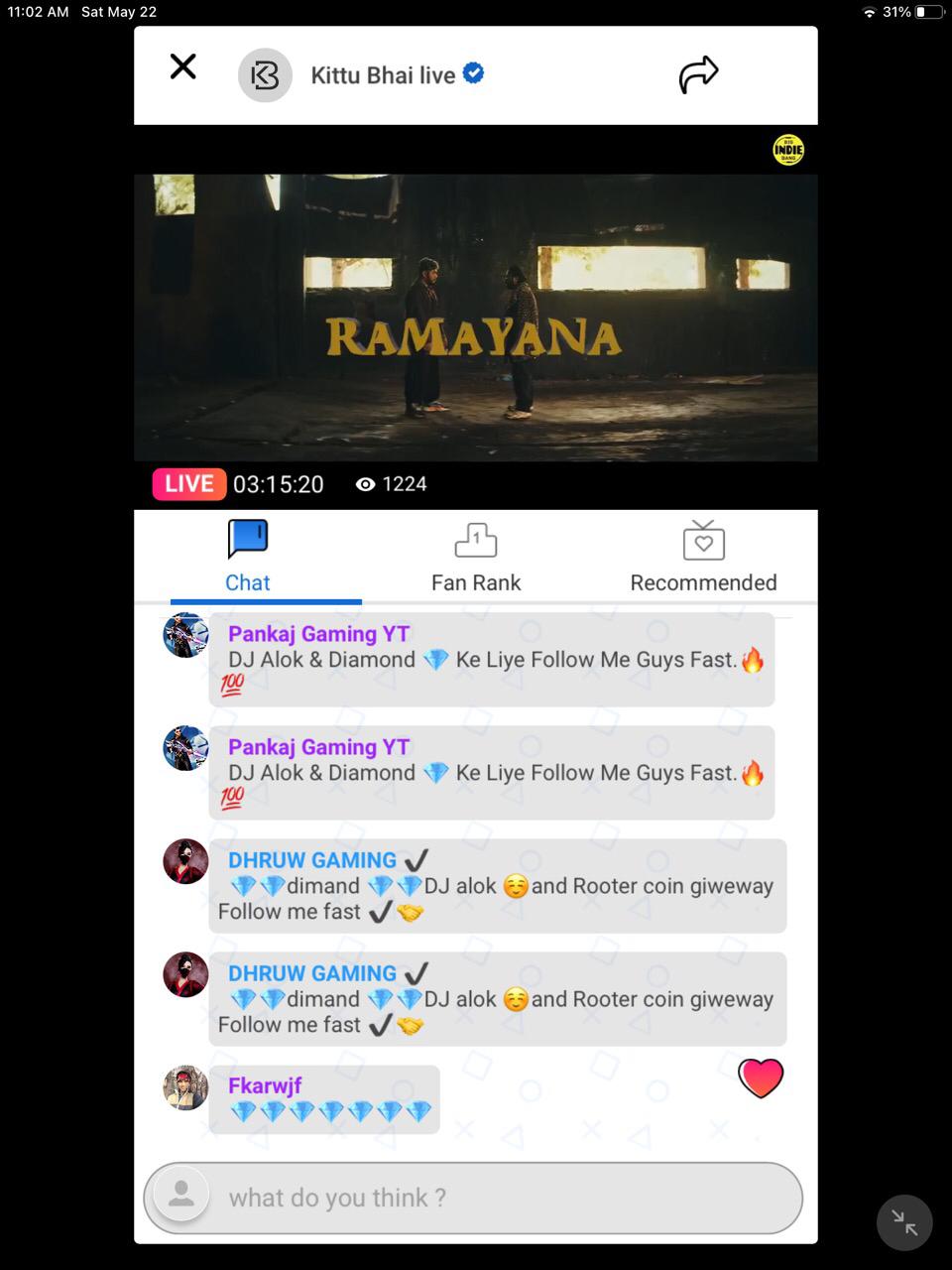 
New Delhi, June 2, 2021: Think about music in gaming and many of you might just be recalling the iconic soundtracks of Super Mario Bros, and Street Fighter II. However, with time, soundtracks are changing and becoming an integral part of the gaming experience. Fresh singing talents are now lending their voice for gaming tournaments to amplify the gaming experience. India’s leading game streaming and eSports platform Rooter has teamed up with BigBang Music to launch a dedicated sound track ‘Press Karo, Play Karo’ for its upcoming Tri-nation Invitational Valorant Championship- Rise of Legends 2021. The track has been sung by music influencer Akshay Dhawan, popularly known as AKSHAY THE ONE on YouTube and Instagram.

Rise of Legends 2021 is India’s first-ever Tri-nation Invitational Valorant Championship, which is scheduled to commence from June 3rd till June 10th. The grand 8-day tournament will not only witness 16 top teams from India, Bangladesh, and Sri Lanka competing with each other, it will also give an opportunity to young and fresh singing talents like Akshay to reach out to a vast set of audience.

Commenting on the soundtrack launch, Piyush, Founder and CEO, Rooter Sports Technologies Pvt. Ltd, said, “Music has played a significant role in online games in enhancing the narrative of the story. With eSports now coming to the mainstream of the online gaming sphere, having a specially curated soundtrack can be a good sign for both the gaming industry as well as the music industry. So far, no eSports event has even come up with a dedicated music track made. By collaborating with BigBang Music, we are trying to promote promising singing talents like Akshay’s and build a strong vertical around music becoming an integral part of the gaming experience.”

Gaurav Wadhwa, CEO of BGBNG Music said, “We are always looking to push the envelope when it comes to finding new fans for our artists and their music. Gaming and music are naturally synergistic and we're really happy to be partnering with Rooter for this tournament. There's a lot more in store with our artists and the world of gaming.”

Hailing from Ludhiana, Akshay - the one highlights the issues faced by middle-class India through his music. The rapper-producer found fame and critical acclaim after winning the Indian TV reality show, Dil Hai Hindustani 2 in 2018. The 21-year old's fresh writing style and energy resonates deeply with his young fanbase on multiple social media platforms.

Siddhesh Sharma, Co-Founder at Cureveda said, “We, at Shunya, are proud to announce that we have partnered with India’s No. 1 game streaming platform, Rooter. Shunya will be the Associate Sponsor for Rooter’s upcoming esports tournament where teams from across Asia will battle it out in the virtual world of Valorant, a free-to-play multiplayer tactical first-person shooter game. All Shunya drinks are your perfect partners for uninterrupted gaming. Enriched with super-herbs, vitamins, electrolytes and minerals, Shunya helps keep your energy levels high, your focus unwavering and your aim sharper than ever.

Rooter is India’s Leading Game Streaming and Esports Platform. It allows mobile and PC gamers to stream their games to a larger audience and also conduct multiple esports tournaments. Rooter is at the perfect intersection of Gaming and Content surge in India with more than 350 mn gamers on its platform. Rooter is consistently ranked as one of the top apps on Google Playstore. Rooter’s investors include PayTM, IeAD (Adidas Family Office from Germany), Anthill Ventures, Founder Bank Capital and Venture Catalysts in addition to angels like Boman Irani and Rana Duggabatti.