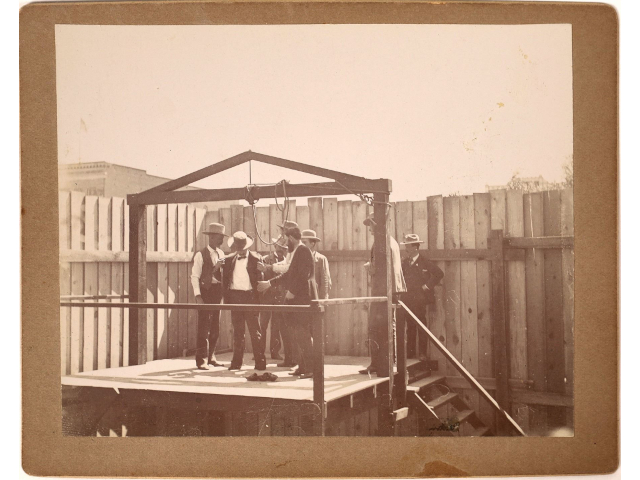 Day 1 featured original artwork, stocks and bonds (including mining and non-mining) and autographs. The Vanderbilt-signed bond certificate, as president of the Accessory Transit Company of Nicaragua, which transported gold prospectors from the East Coast to the West Coast, was the star lot of the day. Issued on Feb. 9, 1856 for $5,000, with early bond number 14, the bond was signed front and back by Vanderbilt. It was also signed by Isaac Lea as secretary.

Also sold on Day 1 was a Delaware and Schuylkill Canal Navigation Company (Philadelphia, Pa.) stock certificate dated Aug. 4, 1792, significant because it was signed by Declaration of Independence signer Robert Morris, the company president ($4,375); and a stock certificate for the Houdini Picture Corporation in New York City from 1921, signed by Houdini himself, as company president ($3,375). Houdini produced and starred in two films under the corporation.

Day 2, on May 14th, showcased mining and mineral collectibles (including ore specimens and fossils), railroadiana and transportation, and philatelic (including covers, stamps and postcards). A top lot was a pair of albums containing photographs and diazo copies of photos) of the construction of the concentrator and smelter by the Nevada Copper Corporation from 1907-1908 ($6,250). The facility processed copper ores from the mines around Ruth, Nevada, near Ely.

Also offered on Day 2 was a collection of cigarette lighters, ashtrays, brass tie-tacks, ballpoint pens and stickers from Kennecott Copper and Asamera Oil ($5,875), plus a brass Kennecott paperweight and a brass ankh with Kennecott’s “K” logo; and a spectacular, naturally dark and smoky quartz from the Incline Village pegmatite in Nevada City, mined in the early 1970s by Reno mineral dealer Harvey Gordon, 13 inches tall and weighing around 30 pounds ($3,125).

A historic, original 1909 Wild West poster for “Pawnee Bill’s Great Far East combined with Buffalo Bill’s Wild West”, advertising the show’s “Marvelous Musical Elephants”, 30 inches by 40 inches mounted on linen, knocked down for $4,375; while an exceedingly rare Giles token (Goldfield, Nev.), one of only three known (“Good for One Bucket of Water”) garnered $4,000.

Internet bidding was facilitated by iCollector.com, LiveAuctioneers.com, Invaluable.com and Auctionzip.com. Telephone and absentee bids were also accepted. Anyone owning a collection that might fit into an upcoming Holabird Western Americana Collections auction is encouraged to get in touch. The firm travels extensively throughout the United States, to assess and pick up collections. The company has agents all over America and will travel to inspect most collections.