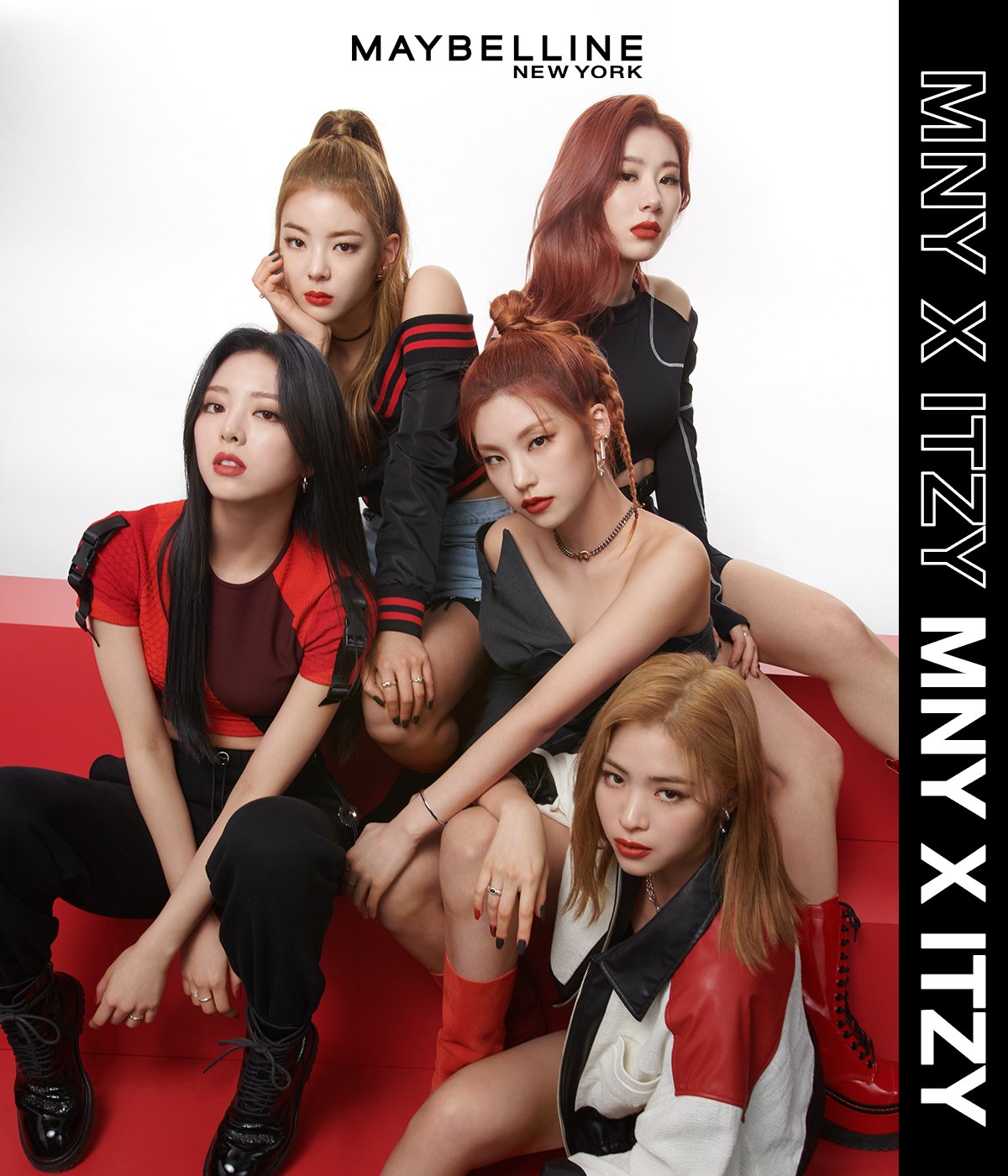 ITZY members Yeji, Lia, Ryujin, Chaeryeong, and Yuna, will join Maybelline's exceptional roster of ambassadors. The girl group was first formed in 2019 under JYP Entertainment and quickly won the hearts of fans worldwide through their talent and dynamic stage presence, with singles like Dalla Dalla, Not Shy and WANNABE.

ITZY is also known for their bold and eclectic fashion style that sets the trend among Gen Z-ers. ITZY's slogan, "All in us," echoes the group's core values—self-confidence and unconditional love—which is well aligned with Maybelline's own brand values of being bold, confident, and authentic.

As a group, the members shared that they credit makeup in helping them express themselves in their own way while remaining true to the ITZY brand. Ryujin shared, "When we're on stage, we use makeup to try to express the extra confidence. I believe people of all ages have their own charms, so makeup could help them express this."

Trisha Ayyagari, Global Brand President of Maybelline New York, said, "ITZY champions self-love, individuality, and self-expression to their fans and global community. Their energy is powerful, and I am so excited to bring these voices to Maybelline!"

"We have always admired the Maybelline brand and are so excited to be able to contribute our creativity, positivity, and energy to their global community. It's a huge opportunity to bring new sides of ourselves to our fans and to remind the world that being confident and bold is in all of us," ITZY members remarked.

The group is set to roll out their partnership in Asia this spring with campaigns for Maybelline New York's Hyper Easy Liquid Eyeliner, Ultimate Lipstick, and SuperStay. You can check out Maybelline announcing their collaboration with ITZY in this video and see how the fierce girls powerfully don their "Not Shy, Not Me" attitude with Maybelline.

Learn about online entrepreneurship at JohannesLarsson.com
Online assignment help by Copycrafter will free you from any academic issues
Go to Assignmentgeek.com and get your homework done.
Buy 100% high-quality replica watches with a 2-year warranty and free ground shipping!
There is no better press release writing company as 123 term papers.